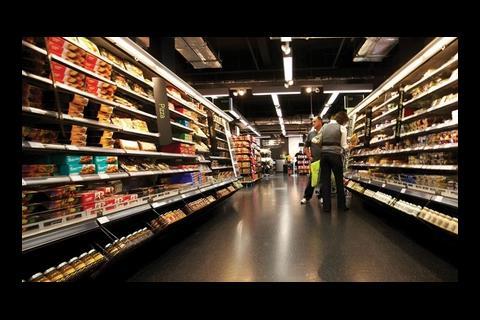 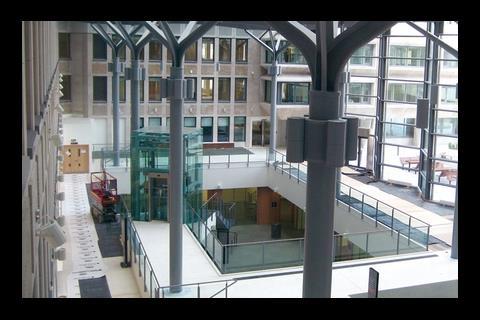 The advent of EPCs means commercial landlords can no longer ignore the inefficiency of existing stock. Richard Quartermaine of Cyril Sweett breaks down the costs of revamping these energy guzzlers

The focus for improved energy efficiency in commercial property has so far mainly been on new buildings. The introduction of minimum energy performance standards in Part L of the Building Regulations and their tightening in 2006 have led this agenda. Looking ahead, more challenging standards proposed for the Building Regulations to achieve the government’s target for all new non-domestic buildings to be zero carbon by 2019 mean that the industry’s attention will continue to focus heavily on new buildings.

However, new buildings only account for 1-2% of the total building stock each year, meaning that, if the government is to get close to its target of cutting carbon 80% by 2050, significant CO2 reductions will need to come from existing buildings, especially the commercial sector.

In 2008, the introduction of energy performance certificates (EPCs) for non-domestic buildings turned attention towards existing stock. An EPC is required when a building is constructed, sold or let and they are likely to become a key driver for building owners to improve energy efficiency. If a commercial landlord wants to improve the rating of his building to avoid possible obsolescence and manage investment risk, it is important to know what the “quick wins” are and ultimately, how much they will cost.

There is a wealth of technical know-how on how to improve energy efficiency in existing buildings. However, the cost of making these improvements are less publicised and typically based on case study evidence. The dissemination of this information to the decision makers at a strategic level and in their own language has not happened.

The Investment Property Forum commissioned Cyril Sweett to investigate the costs of making improvements to existing commercial buildings typically held in investment portfolios . The key features of the work were to identify:

The first stage of the study was to identify buildings within investor portfolios that have the greatest potential for reducing CO2 emissions. Although factory and retail buildings typically account for most emissions from the commercial sector, these buildings offer little opportunities for landlords to influence energy consumption.

As the focus of the study was to identify energy efficiency opportunities available to property investors, the buildings analysed were those where the landlord could have a significant influence on energy consumption. These were:

The next step of the study was to define generic building types that would represent the existing commercial stock (rather than use specific case studies) and model their CO2 emissions. The aim of the generic buildings was to take into consideration a number of features that significantly influence energy consumption, such as building age, form, location and air-conditioning. The base buildings studied are shown in table 1 together with their annual baseline CO2 emissions modelled using TAS Building Designer software from EDSL.

Replacing building services to meet current legislative and market requirements would automatically improve energy efficiency. Boilers from the early nineties, for example, would be replaced with more efficient models due to technological advances and revised Building Regulations.

There is a range of technologies however that can be employed to make further cuts in baseline CO2 emissions but would come at a higher price. Using the example of replacing a boiler, a highly efficient condensing boiler would save additional CO2 but would command a cost premium.

This raises the question, if a landlord is prepared to spend extra money to save CO2, where should the extra investment be made? To answer this, it was necessary to calculate the cost to save one unit of CO2 for each improvement and compare.

Tables 2 to 5 below show the results for office 1, office 5, the supermarket and the industrial unit. The CO2 figures represent the extra savings from each energy efficiency improvement compared with making a like-for-like replacement to meet current standards. The capital cost is the “extra over” investment required by the landlord to make these improvements. Improvements are ranked according to the cost to save 1kg of CO2.

All results show that the most cost-effective energy efficiency improvements can be made for a small amount of additional expenditure and are very familiar solutions to the industry.

The most cost-effective energy efficiency improvements for supermarkets and industrial units, namely efficient heating, lighting and variable speed pumps, were comparable with those for nineties offices. Installing a medium-sized wind turbine (20kW) ranked highly for both supermarkets and industrial units, which proved to be the most cost-effective LZC technology studied. However, the wind turbine is a major capital cost item and the electricity saved from installing a turbine is not sufficient to provide a payback within 30 years.

Another aspect of the study was to determine if there was a financial case from making energy efficiency improvements. Tables 2 to 5 show only the most cost-effective improvements produced a discounted payback within 30 years, the majority of these being with 10 years and with substantial internal rates of return. Variable speed heating pumps, energy efficient lighting and DC drive fan-coil units were the only improvements to pay back in the short term for the offices. Efficient lighting was the only improvement that provided a short-term payback for supermarkets and industrial units.

The study indicated that a number of improvements had investment potential. However, the traditional landlord-tenant relationship means that the landlord will not directly benefit from making the energy efficiency improvements and therefore reduces the attractiveness to a potential investor. The information may be useful to open up negotiations with tenants regarding sharing improvement costs on the basis of savings made in building running costs.

CO2 emissions for all offices can be vastly improved through refurbishment. In particular, older office buildings present the best opportunities. Two headline findings are:

The total quantity of CO2 saved was highest for the deep-plan, fully glazed 1990 office as shown above (office 2). It also makes clear that further reductions in CO2 emissions beyond £50/m2 become significantly less cost-effective.

Table 7 shows that the energy efficiency of both supermarkets and industrial units can be improved significantly, particularly from spending an additional £10/m2 above the cost of typical refurbishment.

The results discussed so far are presented in the context of a full refurbishment assuming the landlord has vacant possession of the building. The study also showed that most improvements can be carried out with minimal disruption to occupiers when some or all parts of a building are let. The key improvements described previously can all be undertaken while a tenant is in occupation, either during normal working hours or at evenings and weekends, and still remain relatively cost-effective once an out-of-hours cost premium is taken into consideration.

However, upgrading fan-coil units will require a vacant building, given the disruption caused, and the logistics of replacing chiller plant is another exception.

The potential to improve energy efficiency when a building is occupied and therefore the EPC rating will be important where a planned refurbishment is some years away and one or more leases are due to expire.

There are a number of energy efficiency improvements that are cost-effective and can be made to existing commercial buildings. Applying these low-hanging fruit to nineties and older office buildings can achieve significant energy savings. Many of these opportunities not only apply to buildings awaiting a major refurbishment, but also to buildings that are in occupation. Refurbishing a building to current market standards achieves significant initial CO2 savings and limited additional expenditure can reduce overall emissions by almost a half.

The research demonstrates that there are a number of quick wins as well as more strategic refurbishment decisions that can be taken by investors to reduce the risk of obsolescence of existing buildings caused by tightening legislation, increasing tenant demand and ultimately to improve EPC ratings. Having better data on the costs and efficiency savings of these improvements is also expected to be instrumental in enabling landlords and tenants to more effectively negotiate terms and conditions to support more sustainable property occupation and management.