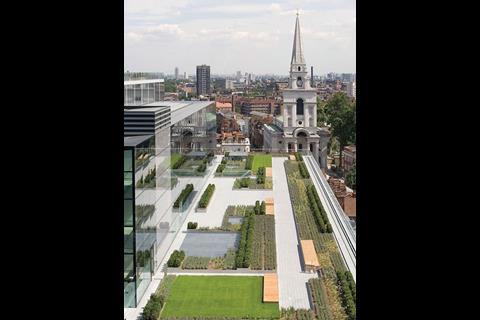 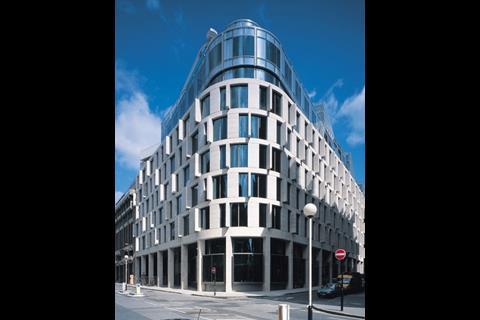 The aptly named Plantation Place. The stepped-back upper storeys, out of sight at street level, helped to solve the problems of access and maintenance 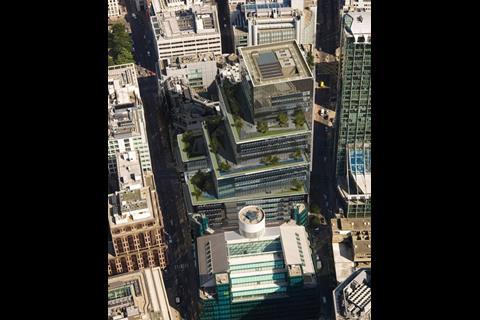 Eco-terraces are the next big thing in rooftop developments – but, says Stephen Kennett, it pays to have green fingers. Where’s Alan Titchmarsh when you need him?

Over the years, developers have been perfecting the art of wringing the maximum amount of useable space from a floorplan. And now it seems they are turning their attention to the roof. Once the exclusive preserve of plant rooms and window-cleaning cradles, today they’re just as likely to accommodate lushly planted terraces. Think of the formal garden atop the Bishop’s Square development in Spitalfields, east London, the refurbished Unilever House at Blackfriars on the Thames, the Willis building in the City and, due for completion this summer, British Land’s Ropemaker offices in the City.

Arup Associates’ design for Ropemaker includes four eco-terraces cascading down one side of the building. The greenery on those terraces was specified by landscape architect Townshend. Gary Alden, a senior landscape architect at the firm, says Ropemaker is the latest in a growing number of projects with living rooftops. “Standard green roofs have become popular and clients and architects see the potential to make them into useable terraces. It becomes a unique selling point for these buildings,” he says.

So what are the challenges of incorporating terraces like these into a building design? Lee Hosking, an architect with Arup Associates, says the decision to incorporate some sort of useable roof is often dictated by the type of building. “If it’s a tall, slim tower, you don’t have much of a chance,” he says. “But if you have a low-rise building or one that is a series of steps, you consider it straightaway.”

From a planning point of view, creative roof use is generally seen as a good thing. Changes introduced to the London Plan (the mayor’s planning strategy) last year mean that all large developments in the capital are expected to incorporate some form of accessible living roof where feasible. Although this is not a legal obligation, it has been taken up by the London boroughs and implemented through their planning approval processes. This makes it difficult to get your design accepted without including a green roof or a good reason why it doesn’t have one. And since you’ve almost got to have one, why not get creative with it?

The benefits of planting on a roof are many – improving the thermal performance of the building, reducing the urban heat island effect, absorbing rainfall to reduce pressure on the drainage system, enhancing biodiversity and providing added amenities. According to Alden, the technical challenges are fairly straightforward. As long as the roof is designed to support the loads, it is simply a case of creating the right roof build-up for the amenities and planting required. “What is most challenging is the spatial design and incorporating the maintenance needs,” he says.

Unless you get access right, it will compromise and confuse the design

At Plantation Place, rights of light issues led to the building being stepped back, which left space at level 10 to wrap a terrace around the whole thing. The approach was conventional in that it was a standard inverted roof design laid over with concrete pavers and timber decking.

The big questions, says Hosking, are always the same: how do you provide access? And how will the terrace tie in with the building’s maintenance plan? “Unless you get this right it will compromise and confuse the design.” The position of the cores at Plantation Place allows access to the terraces without going through tenanted space but the real issue was how to provide a zone for the maintenance cradles.

Arup’s solution was to bring the access cradles close in to the building at level 10 to hug the perimeter of the upper towers. Precast concrete planters are then used to create a wall of green and separate the area with the cradles and tracks from the terraces beyond. “There are prime views from all around the building across the city and we wanted to maximise these,” says Hosking. Specially designed concrete blocks were then designed to raise the level of the ground around the tracks to make it easier to gain access the perimeter.

Ecologists try to push the use of native species, but it’s not a native environment on top of a building; you just have to find the best plants available

The solution at Ropemaker is almost the complete reverse. Here, the design team was under pressure to limit the height of the building to six storeys on one side while letting it rise up to 20 storeys where it faced neighbouring office blocks. Although this opened up the opportunity for some spectacular terraces, the views are not as panoramic as the ones at Plantation Place, so the decision was taken to move the cradles to the edge and create three landscaping zones.

The eco-zone at the edge of the roof includes a low-maintenance sedum garden where the cleaning cradles and tracks run. This is screened from view by a raised central zone of planting, incorporating 3-4m tall trees along with shrubs beyond which is a hard-landscaped amenity zone with timber and concrete decking. “Here it was much more about soft landscaping, with different species used to distinguish the zones and to provide an enclosure,” says Hosking.

Planting larger shrubs and semi-mature trees calls for greater pre-planning, says Alden. On exposed roofs, transpiration rates are high, so water-loss from the leaves is greater. “The idea is to plant a lot of herbaceous and perennial types but larger shrubs and trees will require constant irrigation and so some form of irrigation system needs to be designed in.” Native and exotic species common to alpine landscapes are often chosen as their natural environment is similar to that of rooftops. Plants range from dwarf tree species which reach heights of about 2.5m through to shrubs such as holly, pine and heather, which grow to 1.5m, and sedums, which provide a carpet of leaf and flower colour throughout the seasons.

“Ecologists try to push the use of native species but it’s not really a native environment on top of a building; you just have to find the best plants available,” says Alden.

Like green roofs, the era of the eco-terrace is set to grow in the capital. Looking to the future, Townshend has another scheme – Elizabeth House at Waterloo – that is in planning but whose design incorporates extensive terraces. “Also over the past six months we have seen a growing number of clients looking for green walls as features,” says Alden. Arup is also looking at a blue–green roof, which includes flooded swamp-like areas to encourage wildlife. And it’s great for alligators, apparently.

If it’s a traditional green roof you’re after

How do you grow the most diverse green roof with the minimum amount of fuss? Arup has been finding out by trialling systems on top of its own offices in central London. According to project engineer Neil Marlow the aim of the project was to investigate the logistics of removing the shingle from an inverted roof and replacing it with a green roof that would not increase the load on the structure and would provide a base for growing a diverse range of plants.

Marlow set up a grid of 12 boxes each with a different substrate mixture in each. These were then planted with the same seed mix and left to grow for two years. The general make-up comprised a filter sheet, a moisture mat and a layer of substrate varying in depth from 100mm to 300mm.

Different substrates were tried, ranging from the shingle already on the roof with varying amounts of bark chippings to limestone, Pellite – pellets made from waste materials that is lightweight and porous – and a proprietary green roofing system.

According to Marlow at the end of the first year the system that was most successful was the proprietary one, which he attributes to the nutrient-rich soil that gave a flush of vegetation in the first year. However, by the end of the second year the most diverse growth came from the boxes using the Pellite mix.

Biodiversity is important. “In terms of BREEAM, when you’re designing new buildings one of the criteria for green roofs is that they achieve at least six different species of plant. That is pushing architects away from just putting sedum roofs on. Nutrient-rich soils can result in grasses growing and once you get grasses you don’t have space for the wild flowers and you start heading towards a monoculture,” says Marlow.

The success of the Pellite mix is largely because of its ability to retain water. “In the warm weather some of the sample boxes – the shingle and limestone – dried out and a lot of the plants died. My guess is that the Pellite holds a lot of water, so you get a better range of seedlings,” says Marlow.

Off the back of the trial Arup is using the Pellite substrate on a new office building near Euston Road in London. However, the design has been slightly modified to incorporate a layer of shingle – one pebble deep – laid on the base to act as a drainage layer.

“In times of excessive rain it allows water to egress from the roof quickly. The system we trialled wouldn’t do that if it was across the whole roof and it would result in very slow egress which could puddle and have an effect on the structural loading,” says Marlow.