5
Greenpeace's John Sauven: can we be friends?
Focus

Greenpeace's John Sauven: can we be friends? 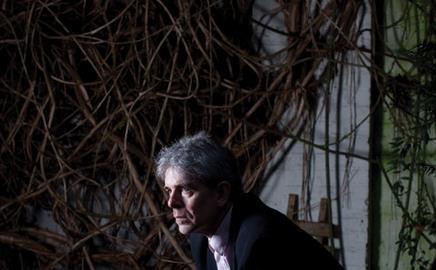 John Sauven, Greenpeace’s executive director is a suave, pragmatic, political insider. Which means he’ll be happy to work with the industry on plans for more runways and reactors, right? Er, not exactly…

Greenpeace was founded in 1970 by a group of dewy-eyed Quakers. Now it’s entering middle age, it has to pretend that there’s some balance to be struck between idealism and wisdom. So, while the latest generation of protest kids combine photoshoots for Vogue with attempts to invade the Palace of Westminster (Google “Tamsin Omond” for more on that), Greenpeace’s executive director is more likely to be inside, giving evidence to a select committee.

It’s easy to see John Sauven as the embodiment of the organisation in its maturity. The jacket looks businesslike, as does the faded pink linen shirt, buttoned up to the chin, but he’s wearing jeans and his face hasn’t seen a razor for a few days.

The position of Greenpeace is somewhat similar. He’s happy to see it aligned with attention-grabbing direct action groups such as Plane Stupid and ClimateCamp (“They strengthen us – these voluntary organisations put issues on the map and we can add weight to them with research and scientific investigation”). But at the same time he wants to be part of the policy-making community, which involves some kind of partnership with government and the construction industry. But as that industry is presently desperate to build huge civils projects, many of them involving reactors and runways, can Sauven ever really be its pal?

Sauven, 54, trained as an economist and before setting up his own printing company and working in publishing. He joined Greenpeace in the early nineties and made his name in forestry protection: he pushed for the timber industry to accept Forest Stewardship Council products and co-ordinated the international campaign to secure a moratorium on the destruction of the Amazon by soya producers.

He says Greenpeace is a pragmatic organisation and, given the success of the environmental movement over the past 20 years, it now represents mainstream public opinion. As such, he welcomes building, as long as it’s the right kind. “You can construct an energy-efficient or energy-inefficient house,” he says. “The same goes with big infrastructure projects: you can build a high-speed rail link or you can demolish the village of Sipson and build a third runway at Heathrow.”

Well, this is the nub of the argument. In 2006, Greenpeace occupied Admiralty Arch after accusing firms working on its refurbishment of using illegally sourced plywood. Would it send in its troops if the government goes ahead with a third runway at Heathrow? How about new nuclear or coal power stations? Or more bypasses?

Well we know he answer to one of those questions: after the interview news broke that Greenpeace had bought a football-pitch sized area of land required on the site designated for the third runway and used it to write “OUR CLIMATE OUR LAND” in 3m-high letters. It has invited protesters to build tunnels on it, ready to repel the enemy.

During the interview, Sauven suggests that the question is hypothetical: popular opposition to all of these developments, aided and abetted by Greenpeace, means that they won’t go ahead. “Some types of construction project are becoming politically unacceptable. The decisions on coal-fired power stations and the third runway haven’t been made yet, although they might have been expected. Even if the government gives these projects the go-ahead, they are very unlikely to happen if it is defeated at the next election.”

And nuclear power stations? “We’re opposed to them, but they are years away, there have been no applications to build them, no planning and no contracts.”

It’s not on the cards, but the government could build more roads as part of its programme of Keynesian demand management. This, he says ominously, would be a disaster. “A new road building programme is something we would oppose.”

Tony Blair used to travel the world making fantastic speeches about climate change but when it came to delivering it, it didn’t materialise

And is there just a hint of menace in the following comment? “These projects are very high risk from a construction sector point of view. They would do better putting their energy into developing alternatives, which are the future. That’s where the more progressive companies are to be found.”

Generally, though, Sauven is happier to talk from the point of view of a policy maker, appropriately enough for a former environment adviser to Labour. What he wants is funding for energy efficiency research, fiscal incentives to use alternative energy and backing for green industries.

Instead, what Alistair Darling came up with in the pre-Budget report left Sauven cold: “The package and cutting VAT from 17.5% to 15% is throwing away billions for no benefit whatsoever,” he says. “Imagine if all that had been put into energy efficiency programmes, skills training, job creation, new infrastructure and so on. There would be a huge benefit from that.

“The Danes employ tens of thousands of people around the world in wind power. Germany, Spain and the US are going hell for leather in creating new industries and the UK is once again left massively behind.”

But surely the government has had some successes – can he dismiss the 2016 target for zero-carbon housing or the Climate Change Bill? “The Climate Change Bill is groundbreaking but you need to see not just the policies and rhetoric, for which this government can’t be faulted. Tony Blair used to travel the world making fantastic speeches about climate change and I’m sure he believed it but when it came to delivering it at home, creating new industries, new jobs, new potential, it didn’t materialise. It didn’t exist.”

So if he were still advising ministers, which policy would he be likely to recommend? That’s an easy one: fit more insulation to existing buildings. He says it could be done in one mass operation such as happened when all consumers were switched to natural gas.

The bill would be footed by the energy companies themselves. But that is where the state’s power is circumscribed by private interests: our energy industry is entirely in the hands of private firms, and would they really pay billions of pounds to sell less energy? “I agree there is a certain contradiction in terms of the energy utilities: the more energy we waste, the higher their profit.” He laughs mirthlessly. “Energy efficiency is not in their interest. But that’s not a good way to deal with a precious resource.”

He suggests Energy Service Companies, or Escos, might be the answer. These groups develop, install, and arrange financing for projects that are designed to improve a development’s energy efficiency. And they are in it for the long haul – up to 20 years. “But what it needs is for the government to have a clear long-term regulatory framework for making that happen and that’s what, up until now, it has failed to do. If it doesn’t do that, it will fail to meet its own targets.”

But is he friend or foe to the industry? “I don’t think it’s an either or. There are good things we welcome but we reserve the right to criticise things that are wrong.” And, as happens in all good friendships, to punch it on the nose every once in a while…

Original print headline - Can we be friends?