As important as the internet: Are digital twins the next big thing for construction?

For years discussion of digital transformation has centred on the use of BIM. But coming up fast in the rear mirror is digital twin technology that could radically change the industry – if it can realise its potential. 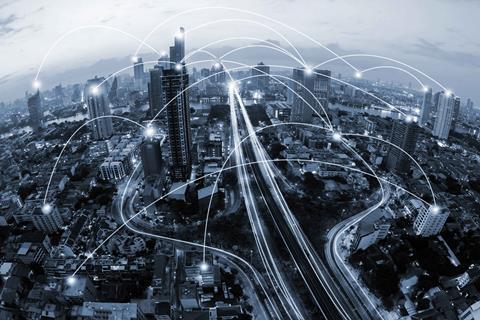 ‘The digital twin work is one of the most exciting digital developments at the moment. My favourite comparison I have heard is how the work the National Digital Twin programme is doing now is going to be as important for society as the work Tim Berners-Lee and his colleagues were doing 30 years ago when they standardised the internet.”

Simon Evans, director for digital engineering, at Atkins, is certainly not reining in his optimism. The twin concept – digital replicas of real-world infrastructure – is taking a stronger foothold in the sector. Several bodies, from the government’s National Infrastructure Commission (NIC) to the Institution of Engineering and Technology (IET), the Institution of Civil Engineers (ICE) and the Open Data Institute (ODI) are all staunch advocates of developing the potential reach of the technology.

Researcher Markets and Markets values the digital twin market at $3.8bn in 2019, but it predicts the value will swell tenfold to $35.8bn by 2025, citing the growing adoption of emerging technologies such as the “internet of things” and the prospect of digital twin technology in industries such as healthcare and transportation as key factors in its forecast.

The government is even backing the development of a national programme through its Centre for Digital Built Britain (CDBB), setting out to use shared information and to better understand, plan and predict the country’s infrastructure system (see The National Digital Twin programme).

But is construction ready to unleash digital twin’s potential when advanced BIM take-up is yet to spread across the sector? And can a national digital twin really revolutionise society as radically as the internet?

What is a digital twin?

The term “digital twin”, first referenced at a manufacturing engineers conference in 2002, is now firmly in the industry’s lexicon. A digital replica of an entity – a representation of assets or systems – the concept consists of the physical and digital versions and the connection between the two, relevant to the entire lifecycle of a project, from design to operation. Digital twins can be used across several industries, including manufacturing, healthcare and automotive, as well as the built environment, where real-time information informs decisions to drive down costs and boost efficiency and productivity.

Its primary function and benefits in construction include using the digital twins to test virtual construction sequencing and logistics scenarios to reduce construction and operating costs on site; collecting and monitoring real-time data to optimise a building’s operational performance and sustainability; and using real-time tracking to improve safety on site.

The digital twin concept is more than just an evolution of a BIM or 3D model. More advanced digital twins use two-way interactions with their physical counterparts; this theoretically allows for the physical asset to be controlled remotely – or even autonomously maintained – by its digital twin. For example, through the use of devices and sensors and machine learning linked to the internet of things, a building’s digital twin could use its collected data to react to anomalies without the requirement for humans to interact (see Digital twins in action).

Atkins’ Evans points to the Formula One racing industry, which for many years has been using sensors on cars and taking the data collected to inform detailed decision-making. On a larger scale, it’s possible for digital twins to benefit more than just their own physical asset, but larger assets too such as cities, country-wide infrastructure and a whole society. The scope of a digital twin is wide-ranging – so much so that industry has found it difficult to agree a common definition.

Research from the ODI found that the wider industry – outside those working on digital twins – fails to understand the concept and the difference between a model and a digital twin. Seeking to address this, the IET and Atkins produced a report, Digital Twins for the Built Environment, outlining six stages of complexity and connectivity of a digital twin. Earlier stages begin with capturing the asset using tools such as point cloud, drone or photogrammetry tools. 3D models – which are then connected to BIM and data such as documents and drawings to be used for asset management purposes – then follow. BIM Level 2 is only on the third stage of complexity for digital twins, while the latter stages incorporate real-time data and machine learning.

In the long term, digital twins could be connected to a network of twins. These would interact and share data to improve overall performance and better inform decision-making to meet wider challenges such as climate change.

In 2017, the NIC published its report Data for the Public Good, in which recommendations for a digital framework for the secure sharing of infrastructure data was made to government. The National Digital Twin programme was launched in 2018 by the Treasury and is led by the Cambridge-based Centre for Digital Built Britain (CDBB), one of the leading bodies focused on delivering digital transformation in construction.

Simon Evans and his Atkins colleague Neil Thompson, director for digital construction and one of Building’s digital champions, are both part of the programme’s delivery team.

Not to be confused with a huge 3D digital model of the entire country, a national digital twin is a network of connected digital twins, in this case set up to both monitor infrastructure in real time and also be able to plan, predict and design more efficient infrastructure systems. The NIC paper suggested that the model could integrate and prioritise maintenance requirements for entire transport networks to minimise disruption; overlay planned infrastructure on existing infrastructure to optimise timing of construction work; and identify energy efficiencies through virtual analysis.

The CDBB’s programme has recently created the Digital Twin Hub for companies that are early adopters of digital twin technology to share and discuss the technology. Founding members include the Greater London Authority, Highways England, Sellafield and Heathrow airport. The programme’s initial task is to work with government and industry alike to use the value of information and shared data in the built environment before creating an ecosystem of connected digital twins.

Is the industry ready for digital twins?

Despite widespread support from several corners of the industry – including significant investment from large infrastructure clients such as the Greater London Authority and Heathrow airport (both founding members of the CDBB’s Digital Twin Hub, a platform to share digital twins and experiences using them) – there remain reservations over whether the construction sector is in a position to realise its potential.

Phil Southgate, managing director of Gleeds’ building surveying division, believes the industry is still trying to get it right with its collective understanding of BIM. He says the industry is “paying lip service” to BIM Level 2.

“Even big architectural practices are struggling with the level of expertise they have – we as an industry end up taking shortcuts [with BIM].”

Robert Klaschka, principal consultant at BIM and digital transformation consultancy EvrBilt, is of a similar view that the industry’s struggles with BIM leave him unsure it is ready for digital twins.

Klaschka reinforces the problem faced by most new technological innovations in the built environment – how to connect and work with historical data and information collected through other methods, such as BIM. He says: “While I accept the premise that a characteristic of the digital twin is the real-time connection to the asset, many bodies that want to implement digital twins, including the asset management industry, already have substantial legacy systems, but they are inaccessible because they are incompatible with new systems.

“The hard miles that have to be walked is understanding what legacy data a digital twin project has and if it can be accessed.”

“The organisations that currently provide the service are the niche consultants,” he says. “Scaling up would involve either the competitive recruitment of a new capability or alternatively a lot of retraining in skills that aren’t necessarily complementary with legacy engineering and consulting skills.

“It’s not so much the development of maintenance of the digital twins themselves, more the design and implementation of the analytics that enables the smart decision making.”

While construction may move at a more glacial pace, digital technology is evolving very quickly. The sector is blessed with enthusiastic experts eager to embrace digital twins – there is even a network of professionals called the Digital Twin Fan Club. With the backing of several industry bodies – as well as forming a focal point of the government’s drive to digitise construction and the growing influence of digital disruptors on the sector – the UK could yet see digital twins be put to use on a range of projects. Construction just needs to make sure it can develop its collective skill set quickly enough to keep up. 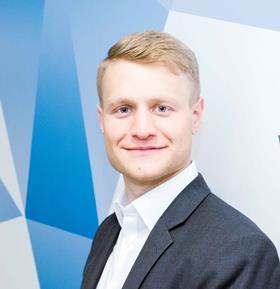 What are the possibilities? Simon Evans of Atkins describes three scenarios in which digital twins could run autonomously.

Your digital twin takes real-time temperature or air-quality readings in an area of a building. They are detected and are shown not to be of sufficient quality/level. This might mean a fault with the equipment. The twin can dispatch a worker automatically to assess it, or if there is an error, automatically order a replacement.

Your digital twin is monitoring the flow of people through a train station. It notes that there is slow traffic of people through a certain route. Either something has happened, such as an incident or a breakdown, or someone on the route is going slowly. The twin could open up an alternative route of travel for people – reversing escalators to get more traffic flow, for example, which will then correct the issue.

This example shows the power of connected twins, which is the long-term aim of the national programme (see overleaf). You are driving down the road in your electric car – or it is driving itself. The car knows it is running low on battery, so it communicates this to the road it is driving on, which communicates this to a nearby service station. The service station then automatically requests the required amount of energy from the grid for your journey, which it provides to your car.

As your car was driving a certain route, the road observes through its connection to the Met Office digital twin that there is going to be heavy rain ahead that might flood the roads and reduce the number of lanes – so you are re-routed. The drainage network automatically diverts other water flows away from the road drainage to make sure there is sufficient capacity to deal with the rainfall. All of this happens by itself without any person being involved.