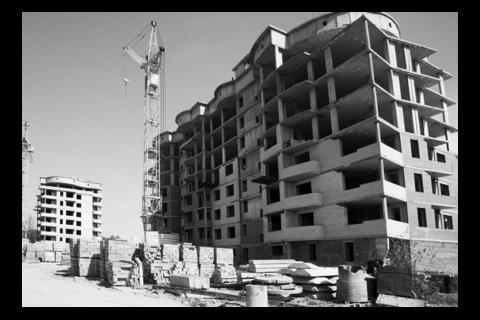 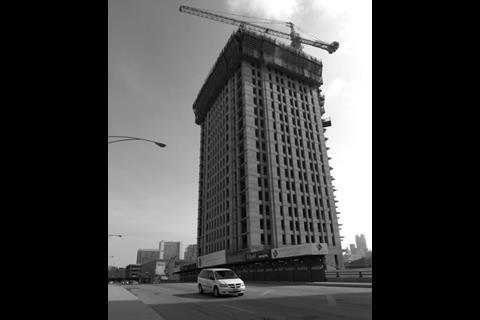 It may be a global downturn but some countries are doing better than others. Our annual table of Europe’s top 300 contractors and materials firms begins with a look at the winners and losers.

So the UK has lost 70,000 construction jobs in a year, Spain has lost nearly 600,000, and employment in Ireland has slumped 12%. The top-ranking contractors in our European league table could be forgiven for not uncorking the champagne this year. Indeed, the rankings may serve as a painful reminder of happier times, based as they are on companies’ 2007 results.

But while this final record of the pre-credit crunch era shows the usual big beasts posting the usual rises in turnover, it does beg a new question: namely, which European construction market is best placed to survive the freefall in work?

The answer that seems to be emerging is Gemany, the Eurozone’s largest economy and perhaps the only country in western Europe that, in construction at least, is still talking about skills shortages. “We have had a slight decline in the construction employment rate last year, but this is because contractors are not able to replace retiring workers with younger skilled workers,” says Heinrich Weitz, market analyst at German contractors’ association Hauptverband der Deutschen Bauindustrie. “Medium-sized contractors, who do most of the work in Germany, are facing a skills shortage and are doing everything they can to hold on to skilled staff.”

Weitz stresses that there is still plenty to be fearful of over the coming 12 months. “Construction work has held up in Germany despite the credit crunch, but it’s very clear now that we’ll be hit by the financial crisis in 2009,” he says – a prediction backed up by the fact that German unemployment has risen for the first time in almost three years.

But, unlike in most other countries, Weitz believes Germany’s construction market will fare better than other sectors. “Commercial construction will be down on last year, but the downturn will not be as bad as the late nineties,” he says. “Public sector construction spending in Germany will increase by about 5% on last year. That won’t compensate entirely for the fall in private spending so we expect construction growth to be about –2% this year, which, compared to elsewhere, isn’t bad.”

It is certainly better than Spain, where it emerged last week that 591,000 construction jobs went in 2008. But perhaps not quite as good as France, where construction employment rose 0.7% during the third quarter of 2008, yielding a 2.6% yearly increase in jobs at a time when national unemployment is rising.

But French construction is forecast to decline steeply this year. Christine Le Forestier, economics official at the European Construction Industry Federation (FIEC), says: “Our research indicates that between 25,000 and 30,000 construction jobs will be lost in France this year. The impact is being felt more the longer the recession continues. Most of our members are now predicting that construction will continue to slow until 2010 or even 2011.”

So what’s the best strategy for riding out the storm? The simple answer is to tap into the multibillion-pound stimulus packages being outlined, albeit vaguely, by governments (see box).

“Companies need to invest in their infrastructure divisions right now because that’s where the bulk of the work will be as private sector spending falls,” says Andy Brown, a construction analyst at Panmure. “Governments in Britain and Europe and Barack Obama’s administration in US have all committed themselves to stepping up public spending on infrastructure projects.”

His views are echoed by Jack Kelly, a partner at Deloitte. “Firms with infrastructure capabilities, not just road and rail, but also with expertise in building hospitals, schools and prisons, will obviously fare best in the current market.” All of the big European contractors, such as Bouygues and Vinci, have that business model, as does Balfour Beatty. “Big contractors now offer support services, utility services and rail services. That kind of work has given them long-term cash flows, away from the boom and bust of pure contracting.”

Le Forestier points to the expanding market for sustainable buildings as an opportunity for smaller firms to keep working. A number of European governments, including the UK, have earmarked funds to make homes more energy efficient and the European commission has released about €1bn (£890m) from its structural fund to create “green collar jobs” in construction.

The problem with a global recession is that there are few alternative markets contractors can look to. ”Abu Dhabi, Bahrain and Qatar could still offer opportunities for the industry,” says Kelly. “Eastern Europe still needs a lot of infrastructure work, but those countries can’t pay for it.”

Brown says: “Saudi Arabia has also stepped up its infrastructure investment, so the Middle East, outside of Dubai, is still a good market to be in.”

Times of crisis can also result in industry consolidation, but few observers see any prospect of this in the current market. “Major acquisitions will still need financing and obviously financial markets are not great when it comes to debt funding,” says Kelly. “Consequently we’re unlikely to see any big deals, though smaller bolt-on acquisitions may well happen.”

Brown says: “There is an opportunity for bigger firms to fill gaps in their services or regions by snapping up those that are less well placed to get through the downturn. In some ways this market plays right into the hands of well-financed companies.”

But Joop van Oosten, chief executive of Royal BAM Group (see box overleaf), believes the acquisition picture is less clear. “Does the current market influence acquisitions? The answer is yes and no. BAM has announced plans to acquire Dutch property developer AM. On the other hand the sale of our interest in a dredging company could not be signed.”

Joop van Oosten is the chief executive of 14th-ranked Royal BAM Group, whose company operates in the Netherlands, UK, Belgium, Ireland and Germany. It had a turnover of €8.9bn (£7.9bn at the present exchange rate).

He says BAM has a strong order book, but adds the overall global outlook is changing rapidly as the recession drags on.

Oosten says there is increasing uncertainty about the influence of the downturn on markets. “But BAM is in a sound position in all of the home markets, and excluding the effect of exchange rate differences, the increase in our order book was about 5% in the third quarter of last year.

“Volumes in the non-residential and civil engineering markets remain at the required level, although in virtually all of the group’s home markets, this is being sustained by public sector contracts.”

Herbert Lütkestratkötter, chairman of German contractor Hochtief (4th in the table), insists that the global economic downturn will not have any lasting impact on his group and says profits for 2008 will be up on the previous year.

Speaking on 5 January, he said few orders had been cancelled and that Hochtief was benefiting from public sector investment in infrastructure. He said: “I’m very confident that we will profit a lot from the newly installed infrastructure programmes around the world.”

Although Lütkestratkötter concedes that government spending on infrastructure could be threatened if the financial crisis intensifies he said group orders remained strong, particularly in the US, where its subsidiary Turner has won contracts in the education and healthcare sectors. Hochtief also owns Flatiron, the US transportation infrastructure group.

Earlier this month Hochtief’s Australian division, Leighton, cut its outlook for 2009, but Lütkestratkötter insists that good results at other business divisions will offset that.

In Germany, where the group is reconstructing its construction division, the picture is less rosy, despite the relative buoyancy of the industry in the Eurozone’s largest economy. Its overheads on loss-making projects and restructuring costs are likely to ensure the division will post a pretax loss “not exceeding €60m (£53m) for the year as a whole”.

Although Skanska’s 2007 results kept it in fifth position in the European contractors table with a turnover growth of 11%, next year looks as though it will be a bit different. Hans Biörk, it’s chief financial officer, says the firm has “forgone volume growth to protect what we have”.

Biörk joined Skanska in 2001 and introduced a more prudent attitude to finance across the company after a rapid acquisition phase between 1998 and 2000 had racked up 17bn kronor (£1.4bn) of debt: “Through being very disciplined in our approach to cash flow and investment policy since 2001 we now have no bank debt due in the next three-and-a-half years,” he says. “This puts us in a better position than many to cope with the difficult economic climate.”

But Skanska has not been immune to the recession. As well as announcing 3,400 redundancies in November, 15% of the workforce, Biörk says volume is expected to drop in 2009/10. He is quick to add that Skanska’s spread of business offers stability: “We are quite unique in that we are spread over more countries than most other contractors; only 20% of our business is in Sweden. For example we have business in the Czech Republic and Poland where there is a better outlook than in some western European countries so we are focusing on making the most out of work in these areas.”

On the future for European contractors Biörk believes consolidation is inevitable: “This is an unprecedented set of circumstances in that the whole of Europe is equally affected and at the same time. We’ll see joining up and consolidation being used as a survival technique and there will be fewer players on the scene as a result.”