Fire tests: Cause for alarm

It’s possible that combustible materials used in the cladding for Grenfell Tower and others complied with building regulations, in which case we are looking at a catastrophic failure of the system 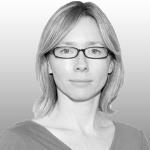 Two weeks after the appalling loss of life caused by the fire in north Kensington’s Grenfell Tower, the anger and bewilderment felt by the local community is still palpable. Local residents have demanded the investigation into the disaster leaves “no stone unturned” and called for those found responsible for the tragedy to be identified and held accountable.

Labour MP David Lammy has voiced the frustration of many locals over the official death toll, which at the time of going to press had remained at 79 for over a week, and he has gone as far as to speculate that there could be a “cover-up” of the real numbers to avoid sparking riots.

In terms of the facts, we know that the grim task of recovering and identifying bodies is being undertaken on a dangerous site in a building that is still being shored up. This is not going to be a quick process, but families and loved ones affected by Grenfell have every right to be angry.

Meanwhile, the consequences of the tragedy are being felt in tower blocks across the country as councils have begun to uncover fundamental safety failures in their social housing stock. The communities department has demanded new “combustibility tests” for cladding materials on some 600 blocks, and at the time of going to press, 95 tower blocks in 35 local authorities had failed these tests, being carried out by BRE - a 100% failure rate.

While some industry experts have expressed concern that the exact testing methods have not been revealed, the secretary of state, Sajid Javid, has said: “The fact that all samples so far have failed underlines the value of the testing programme and the vital importance of submitting samples urgently.” It is understandable that the government wants information quickly - after all, tens of thousands of people are affected by the uncertainty, unsure of whether it is safe to continue living in their homes.

Camden has taken the drastic measure of evacuating five blocks on its Chalcots Estate after the discovery of multiple safety failures involving the external cladding, fire doors, gas pipes and insulation. The communities department has said that not all towers subject to tests will need to be evacuated; however, this is unlikely to alleviate the anxiety of residents.

The advantage of legislating in this way in England would be to cut through the current tangle of building regulations and provide a clear set of instructions that no one can ignore, misunderstand or confuse

Manufacturers have reacted in the wake of the fire, with Arconic discontinuing the sale of Reynobond PE cladding for high-rise buildings, and Celotex stopping sales of the Grenfell insulation for use in rainscreen cladding systems in buildings over 18m tall. These moves, while no doubt welcome, raise an uncomfortable and pressing question: how can a cladding system contain combustible material and still be declared safe by our supposedly robust system of safety checks?

Official investigations into the causes of the fire are under way and while we will not know the initial findings for months, it is possible that the materials used with the refurbishment of the tower blocks complied with the current building regulations for England. If this turns out to be the case, we are looking at a catastrophic failure of the system.

Already there are calls to tackle the sheer complexity and opaque nature of the fire regulations. As our technical editor explains this week, Part B of the building regulations covering fire rules appears at first glance straightforward. In a statement from the approved document, it says that “the external walls of the building shall resist the spread of fire”. However, the document does not explicitly state that cladding should be of “limited combustibility”, and industry experts believe the ambiguous wording in the guidance could have left the rules open to different interpretations among contractors and inspectors.

The confusion has no doubt been compounded by the various routes to compliance with the requirement, which vary in robustness, as well as more general issues that afflict the construction industry such as fragmented and poorly resourced building control services and poor workmanship that can affect any project.

One approach taken by other countries that have suffered similar rapid external fire spread in towers is to legislate against the use of any flammable material in cladding systems. Dubai, for example, has recently changed its rules so only non-combustible materials can be used, while Australia also now requires the same; and in Scotland, where building regulations are devolved, all cladding for high rises must be non-combustible or comply with tough fire tests.

The advantage of legislating in this way in England would be to cut through the current tangle of building regulations and provide a clear set of instructions that no one can ignore, misunderstand or confuse. The government may in the end choose to look at examples from abroad to inform its approach, but whatever it decides, the public has a right to demand a system it can trust to keep our buildings safe.