After the Arab Spring 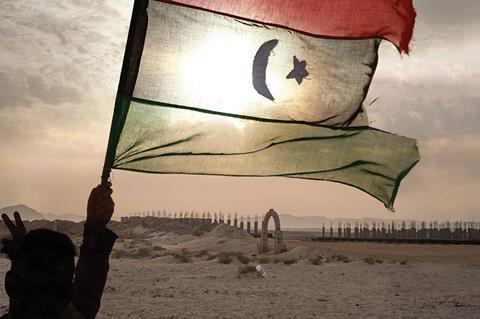 It is now more than two years since a wave of revolution spread across North Africa and the Middle East. Sparked by Mohamed Bouazizi’s self-immolation on 18 December 2010 in protest against police corruption and ill treatment, protests sprang up first in Tunisia and then in one country after another. The changes that resulted varied significantly, but what we now call the Arab Spring did lead to the toppling of regimes in three states: Egypt, Libya and Tunisia.

The uprisings caused major problems for many construction firms, with companies forced to abandon projects across the region. For instance, consultancy Aecom was working as programme manager on the Libyan government’s plan to modernise the country’s infrastructure, and was forced to evacuate staff at a cost of £10m. Engineering consultancy WSP had to write down £5m after it left.

While the situation in all three countries remains unstable, particularly in Libya, the UK government is keen to see British firms win work in the region, with UK Trade and Investment leading a construction industry mission to Libya in November last year.

“There are great opportunities in North Africa across a number of sectors and especially in construction,” trade and investment minister Lord Green told Building, highlighting Egypt and Libya in particular. “In Egypt […] rising investment is fuelling major and diverse new projects, from infrastructure to social housing,” he says. “We want to see British firms play a major role in the development of Libya.”

The forecasts for the construction markets in the region also look tempting, with analysts Global Construction Perspectives and Oxford Economics predicting growth between this year and 2020 of 50% in Egypt and 66% in Libya.

The work is there and the UK government is willing the industry on. But what risks do UK firms face in post-revolutionary North Africa? And what can companies that won work under deposed regimes expect from the new administrations?

Sins of the past

A hint at how new governments regard companies that did business with previous administrations can be found in Libya. In May last year the then National Transitional Council (NTC) of Libya published Decree no 36, which froze the assets of 78 firms thought to be connected to Muammar Gaddafi’s government and put them under the control of an administrator. Following heavy criticism that the list included companies with no demonstrable link to the former regime, all but six were subsequently struck off, but the decree’s publication still says a lot about the NTC’s suspicion of firms that dealt with Gaddafi.

However, according to companies that have worked in Libya, the new government does not intend to tar all firms with the same brush. Officials are doing an audit of all major contracts agreed between the lifting of sanctions against the Gaddafi regime in 2003 and its fall in the autumn of 2011. The purpose is to identify contracts that were not legitimately procured, for instance where a foreign main contractor was appointed on an understanding it would pay over the odds to a subcontractor owned by a member of the Gaddafi family. The conclusion will prove critical for firms that won work under Gaddafi and want to return to projects once the security situation improves.

For instance, before the uprising in early 2011, consultant Capita Symonds was project manager on the construction of a new airport in Benghazi. As a result of the civil war, the firm was forced to evacuate 16 staff. “I hope that you’d have had to do more than just win work over there, otherwise nobody would be able to work there ever again,” says John Southgate, director of design and infrastructure at Capita Symonds, adding that “everyone” in the UK construction industry won work with Gaddafi at one time or another. “[The new government] are encouraging people back. We’re clean - we don’t have anything to worry about. We’re just waiting for our project to start.”

They [the new government] are encouraging people back. We’re clean - we don’t have anything to worry about

Simon Venn, co-founder and managing director of Source8, a firm that advises business on entering emerging or difficult markets, says that decisions about which firms to employ are more likely to be made for financial and other practical reasons. “I don’t think they’ll be damned by association because it’s a very fickle world out there,” he says, adding that while the top tier of Gaddafi’s government has been removed, further down the administrative pecking order remains the same. “So you’re dealing with the same stakeholders,” says Venn. “And for a lot of those individuals I think that money and expertise are more important than political issues.”

Indeed, there is general agreement that working for governments overthrown in the Arab Spring should not prevent companies from winning work in the new Egypt, Tunisia or Libya. Property valuation firm EMC Real Estate, which specialises in difficult markets, says that in Egypt and Libya a company’s relationship with former regimes will be looked at on a case-by-case basis, and that in Tunisia the problematic businesses were mostly run by the former president’s family and have been shut down.

However, there are other reasons to proceed with caution in post-revolutionary North Africa. The security situation, for instance, remains precarious in many parts of the region. The Foreign and Commonwealth Office currently advises only essential travel to most of Libya - and none to certain areas, including Benghazi. It also advises against trips to North Sinai and South Sinai in eastern Egypt, and warns of a high risk of attack throughout the country.

Then there is the corruption. International monitoring body Transparency International’s Corruption Perceptions Index ranks countries according to how clear of corruption they are perceived to be. Its 2012 listing placed Libya at 160 out of 174, compared to 121 in 2008, while Egypt came in at 112 last year compared to 72 in 2008. So, hated regimes have been deposed, but corruption has actually got worse.

This matters now more than ever thanks to a piece of UK government legislation that came into force in July 2011, at the height of the tensions. The Bribery Act 2010 repealed all previous legal provisions relating to bribery and replaced them with the crimes of bribery, being bribed, the bribery of foreign public officials and, most worryingly for UK construction firms working abroad, the failure of a commercial organisation to prevent bribery on its behalf. As a result, contractors and project managers can be held responsible for the actions of their entire supply chains which, with a maximum penalty of 10 years behind bars for directors and an unlimited fine, is enough to make the most blasé accountant sit up and take notice.

But under local laws, UK firms looking to work in North Africa are obliged to use local firms. This means that at least the bottom of the supply chain is likely to be dominated by companies used to working in an environment in which “facilitation” is the cultural norm.

According to Simon Venn, who in addition to his role at Source8 sits on the Foreign and Commonwealth Office’s overseas business risk and security board, this makes it difficult for firms to manage their exposure to prosecution.

“It’s almost impossible,” he says. “The act definitely limits the amount of business you can do. It’s not just about security risk or risk to reputation - it’s about legal risks.”

The anticipated growth in the construction markets in post-revolutionary North Africa, coupled with the backing of the UK government, makes the region a potentially lucrative proposition for British firms, particularly at a time when the UK and wider European markets continue to stagnate. However, companies will want to think long and hard about the problems involved - especially when the stability of the nascent administrations in Egypt, Tunisia and Libyan remains far from certain.

CONTRACT LAW AND THE ARAB SPRING 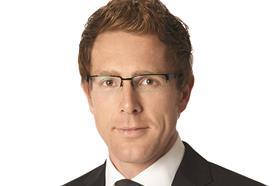 There’s been a lot of focus on force majeure [clauses in contracts that dictate what will happen in the event of an extraordinary situation such as a natural disaster or war], looking at situations where you have an existing project and the parties are trying to decide where they sit after all these events. I suspect people will be learning from those experiences and where they have been able to take advantage of a force majeure provision or have been on the receiving end of the other party having done so.

These provisions tend to get neglected in a contract, but in the last two years people have been dusting off contracts and working out how to deal with the consequences. I suspect people will be paying more attention to force majeure and trying to legislate for what might still happen in those countries given the relative instability.

The other thing that people are going to look at is if they get into an argument, who is going to resolve that? Who is going to be your arbiter?

I think that you saw more use of the national courts when you were contracting with a state entity. The state would say “we do this on our terms and our terms are that we use the local courts”. People are traditionally a bit unwilling to do that but sometimes they didn’t have an option. They will be even less willing now. People will be looking to take their fight elsewhere, into international arbitration. It’s frequently used anyway, but I think it will become more popular still because of what’s happened.