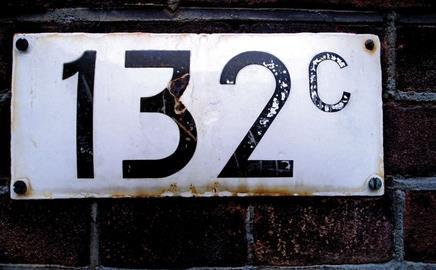 The government is pondering a plan to force people to spend money on insulating their homes. So what do the public make of that?

Plugging the energy leaks in Britain’s homes is a must if the government is to cut carbon emissions 80% by 2050.

The latest plan to make this happen is to use the Building Regulations to force a homeowner to spend 10% of the cost of any building work done on their houses on improving its energy efficiency.

This requirement is expected to be included in a consultation document to be published shortly, listing proposed changes to Part L of the regulations. The industry certainly hopes it will be included; however, those with long memories will recall that the same proposal was suggested four years ago, but then abandoned as the government deemed it too unpopular to be pushed through close to the 2005 election.

David Strong, director of Inbuilt Consulting, says more than 80% of respondents to the previous consultation were in favour of this “sensible piece of legislation”, but it never saw the light of day. “It was the most serious omission from the old Part L consultation,” he says. “It was ducked by Yvette Cooper, the minister then in charge of Building Regulations, because of fears about voters’ reactions to it before the last election.

“Whether they implement it this time will be a litmus test of the government’s seriousness about its intent over existing stock. If it doesn’t, then it will make the commitment to an 80% reduction in carbon emissions by 2050 sound hollow.”

At this politically sensitive time, it is unlikely that the government will want to do anything to upset voters. Furthermore, the lack of funding to implement this plan may hinder it. Andy Ford, Fulcrum Consulting’s founding director, says: “Without money, the chances of it getting through are pretty slim. If you are trying to introduce something, you have to give people serious incentives to make it happen and help them do it.”

Although it is difficult to predict whether this proposal will fall at the final hurdle again, there are certainly strong views about it. Building talked to some homeowners, and found out that it wasn’t just the experts who were getting overheated about insulation.

Under the draft version of Part L, a £30,000 extension would incur £3,000 costs to be spent on improvements such as cavity wall or loft insulation or double glazing. This “consequential improvements” rule already applies to buildings over 1,000m2. Ministers are also considering:

The draft proposals are waiting for ministerial approval (and the European elections to finish) with the delayed consultation document expected to be published soon.

I think green is all lip service. When they start throwing some money into proper green measures like wind farms, then we’ll listen. At the moment it’s just another tax on the average person. At the end of the day, everything they are doing is just a political sound bite and I am bored of it.

The VAT on refurbishment is a killer already and they want a tax on top that. How will they measure it? Is it based on what you pay the builder?

It’s not a good idea in the current climate. I can understand that the environment is important, but they should be incentivising rather than penalising the building industry. Perhaps they could incentivise you if you are putting in high performance materials, or glazing or a more efficient boiler. That would be a much smarter initiative.

I think it’s a good idea and it wouldn’t put me off building an extension. Ultimately, it will save you money in terms of costs and your energy bills. My only concern is people will be sceptical about where the money’s going. The government will need to ringfence it to reassure people.

I’m conflicted because climate change terrifies me, and this might make people consider the impact of what they do on the environment, and help make the changes we need to start reducing our carbon footprint. On the other hand, that 10% would make me think twice about, for example, the building work I am doing at the moment because it is a lot of money. It would put me off. I think there is a better way of going about this, such as rewarding people for innovation and the positive improvements they make, rather than what seems to me like an overly simplistic tax.

People might not be so happy, because they don’t see things in the long term, but there are so many other issues in the election.

A typical extension would cost £35-40k, so the improvements would cost you £4,000. It doesn’t cost £4,000 to insulate a loft and pipes. I don’t know how they came out with the 10% figure – I think it is over the top. While as an idea it’s got some merit, I see it as just another example of the nanny state forcing me to lag things that I wouldn’t otherwise lag, by my own choice. If I had £4,000 and wanted to lag my pipes, then it shouldn’t be for the government to tell me to do it any more than it should be for them to tell me to mow my lawn or trim my trees. Pretty soon I’ll get a fine if I don’t clean my teeth.

I would like to be encouraged to do this, but not by having to spend lots more money. If the insulation only costs 2%, who gets the other 8%? If it just goes to the government then that’s silly. If the government wants to help me improve my energy efficiency by providing help, that would be good, but it should be almost free. In the end, I would still go ahead with my extension as I would be doing it because I needed more space.

Original print headline: 'Another expenses row hits the house (only this time it's 132c Manor Road)'.