Berkeley's Rob Perrins: Out of the shadows

In the three years since he replaced Tony Pidgley as Berkeley’s managing director, Rob Perrins has convinced the City that he is very much his own man 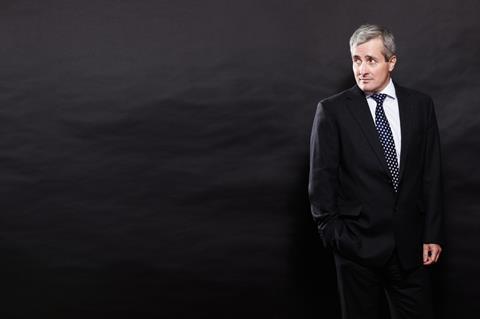 Berkeley Group has always been a bit different to other housebuilders. Just that bit, well, bigger. If not the turnover, then the developments. The profits. The salaries. The ambition. And with founder Tony Pidgley at the helm and the likes of former director Tony Carey, the same was true of the personalities. Bigger.
In City folklore, Pidgley is feted as the man that called two recessions right, beat the market, and through his energy and vision created what is undeniably the most successful housebuilder in the land. When he announced to the City his June 2009 move upstairs to become chairman, the assembled analysts gave him a sustained round of applause, such was their respect for him.

What of now? This summer marks three years since former finance director Rob Perrins replaced Pidgley as managing director, and some say the era of big personalities has come to an end. Before his appointment, Perrins was seen as a trained accountant and steady backroom boy with little public recognition. But since taking over the reins, his reputation has grown, alongside group profits - up 24% to £136m in 2012. During his tenure, the housebuilder has seen turnover rise 40% to £1.04bn, and growth in houses built outperforming nearly all its peers.

Now entrenched in the role, and with a pledge to return £1.7bn to shareholders by 2021, Perrins is entering a new phase where he - and the group - have to deliver on this promise. And if he succeeds he stands to earn himself an austerity-busting £74m windfall. So how has he gone about filling the founder’s shoes, and, with Pidgley still active as chairman, how in control is he really?

After meeting him, it is hard to say that Perrins’ takeover signals the triumph of the dreary number crunchers. Though it is true that he does not have the same down-to-earth manner as his predecessor (whereas Pidgley was brought up in a Barnardo’s home, Perrins was educated at Marlborough College), it would be wrong to say he lacks personality.

Confident, genial, very much his own man, and at 47 more photogenic than the average listed housebuilder boss, Perrins doesn’t struggle for charisma. And he doesn’t just have experience with numbers. He ran the group’s Berkeley Homes division in 2001, taking over that role from Pidgley’s son, before becoming group finance director later the same year. From around 2006 it became clear he was the heir apparent for the whole business - though he admits he had to “fight quite hard” to secure the job from there.

I’ve worked in partnership with Tony [Pidgley] for 25 years. He’s very good in some areas, I’m very good in others

In a business that has a reputation for being highly competitive internally, charm isn’t enough on its own. He has had to demonstrate his fair share of steel. The shock departure in September 2010 of Pidgley’s long-time collaborator Carey, the man who built up the successful but controversial St George part of the business, is probably the most obvious example. Neither Pidgley, Carey or Perrins have ever commented in detail on the dispute, which ended this year in a £5m out-of-court settlement following Carey’s claim of unfair dismissal. But rightly or wrongly, it was viewed in many quarters as a struggle for control between Perrins and one of Pidgley’s most trusted lieutenants.

And, if Perrins regrets the disagreement, he is unapologetically clear that the company has changed for the better since Carey’s departure. “Unfortunately, it was very sad, we fell out with - well, we didn’t fall out, we had a disagreement over strategy with - Tony Carey,” he says. But? “I think now the culture change at St George driven through by Greg Fry, the way they’re now seen to the outside world, the perception of St George is immeasurably changed. It’s now designing some of the most fantastic places. 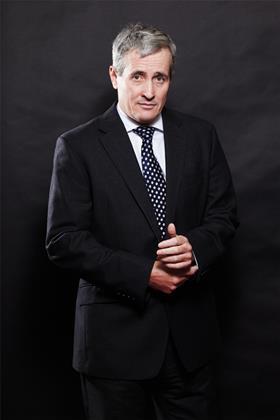 “I think St George was seen as a very difficult company to deal with. In planning terms it was seen that it didn’t listen. It used a very adversarial approach to land owners and to planners. The change in St George - that’s happened since September 2010 [when Carey departed].”

Perrins uses the Carey situation as an example of the wider change he has tried to bring about. His aim has been to set a consistent level of quality and values across the group, while allowing the businesses - which include St George, St James and Berkeley Homes - to retain operational independence. He calls this his Vision 2020. “We’ve got about 100 sites across the group, ranging from one home to 4,000 units. What Vision 2020 is trying to ensure is that the same skill set and attention to detail goes in to everything we do. It’s about building sustainable places.”

From the way he talks about planning, place-making, sustainable development, and “business values”, it is clear that Perrins sees part of his job as softening the red-blooded Berkeley brand. “I think Berkeley got quite a lot of negative press, [though] it got a lot of positive press [too]. I think there were inconsistencies within Berkeley and I think we’ve eliminated a lot of those.”

But do vision documents and strategy discussions amount to real control of a company that was run by one man for so long? Yes, says Perrins - though it’s clear there’s still an element of partnership. “I’ve worked in partnership with Tony for 25 years. Fundamentally he’s very good at some areas, I’m very good at others. Together you do what’s best for the company. But day-to-day running of the company? Yes, I’m responsible.”

Has it been difficult stepping out from his shadow? “I’ve never worried about taking over. What you mustn’t try and do is replicate him. Yes, we’ll miss Tony when he’s gone. His character, his ability, his personality is a huge benefit - but the company will survive.”

A supposed example of Pidgley’s genius is Berkeley’s “brave” decision in 2004 to stop buying land it thought was over-priced, concentrating instead on winning large-scale regeneration projects from councils, with successes in Greenwich and Hackney, among others. This left the firm with cash to re-enter the land market with a vengeance when prices plummeted after the credit crunch, buying up scores of central London sites, including many along the Thames.

But while Perrins clearly has huge respect for his 65-year-old chairman, who he says will continue in the role as long as his health allows, he says others should share the credit for the Pidgley mythology. “Tony is the chairman. He is the outward face and has been. [But] there are 100 really good people [at Berkeley]. He is seen as the person that has called the cycle. [But] he’s called it by the good [quality] of the people in the company.”

With Berkeley embarked upon a 10-year programme of generating £13 in cash for every share, it is clear we shouldn’t expect major changes in strategy. The firm will remain split into distinct brands, each named after a saint. Indeed, Perrins is mulling adding more. “I’m very keen to get a ladies’ brand - I can’t think of the right ladies’ saint at the moment,” he says, chuckling slightly. He has also been exploring the possibility of selling a raft of homes to an institutional investor to be rented on the private market, and managed by Berkeley, but doesn’t expect private rent to be a big part of firm’s future. (“They’d shoot me in the City.”)

The firm’s land-buying philosophy is to follow the opportunities, so in addition to buying London landmark schemes like One Tower Bridge, One Blackfriars and the Richard Rogers-designed Riverlight development in Nine Elms, the business has turned back the clock with one- and two-bedroom developments in the commuter belt. “We exited our ‘village collection’ business in 2004. But now we’re back in, buying land in Surrey,” he says, adding that he has appointed a new village collection managing director, and suggesting that it may become 10% of the firm’s business.

One area where Berkeley is still controversial is pay. Perrins, who earned almost £2m last year in salary and bonus, is part of a long-term incentive plan which could net the firm’s six board directors £280m in bonuses by 2021. He says the number is highly speculative, and defends the plan on the basis it is directly linked to the returns the shareholders get.

“For that number to be achieved, we’ll have to be one of the top-performing companies in the country. If all companies performed that well you wouldn’t have a pension deficit, you’d have economic growth. At the end of the day if you’re wealth-creating, then you should celebrate success. Am I embarrassed about it? If I perform, no. And I don’t think I should be.”

With the company’s share price sitting at a four-and-a-half year high, it seems the City, at least, is persuaded by his argument.

Ultimately as chairman he will have to say sorry to me every Monday morning, because he’s probably broken the rules somewhere. He’s probably breaking them now.

Berkeley’s a meritocracy. If I don’t perform, I’m out.

If I hear in Berkeley one more time that this is the last best site on the river I’m going to shoot myself. [I hear it] every time someone brings me a land bid - and the worst offender is the chairman.

Early on in my Berkeley days, you always knew that the planning officer would change [frequently]. So you’d have a completely adversarial approach to planning. Now we’re still dealing with the same officers and leaders we were in 2004, so you have to change your behaviour. Planning has become a lot more about relationships.

The National Planning Policy Framework and the presumption in favour of development needs to be enforced. This stage of transition is causing a load of confusion. And we are losing small housebuilders because of it.

You’ve got to get sites started. If the government can [by reducing affordable housing requirements] start 100 sites and sell 25 homes on each a year, that’s still 2,500 homes.