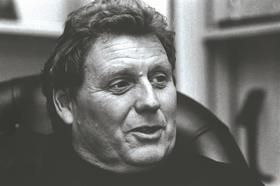 Berkeley Group has reported a jump in pre-tax profit of 41% in a bumper set of interim results for the year ended 31 October 2012.

The positive figures have allowed the company to announce an interim dividend of 15p per share to be paid on April 2013, the first handout to shareholders since the last capital return of £2 per share in January 2008.

The pre-tax profit rise was partly thanks to growth in the firm’s underlying housebuilding operating margin, up to 19.6% from 18.8%.

Chairman Tony Pidgley said: “These results, delivered in an uncertain market, demonstrate the value created by acquiring land at the right point in the economic cycle.

“The quality of the land bank, enhanced by the planning consents achieved and further investment in construction, means that Berkeley remains on track to return £568m in cash to shareholders by no later than the first milestone date of 30 September 2015.”