The chancellor has now ditched his planned increase to the self-employeds’ NI contributions, but what would the impact have been on 40% of construction’s workforce? David Blackman reveals the pros and cons of the now abandoned tax hike 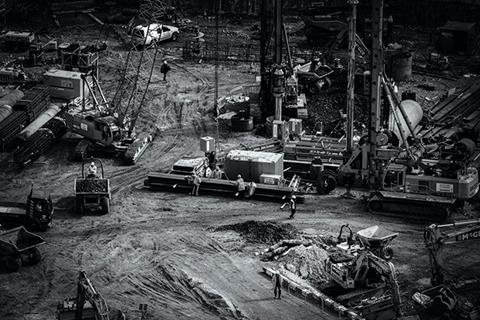 One way of gauging a government’s fiscal leeway is to look at the size of the projects namechecked in its Budgets.

This year’s Budget Red Book, the document that sets out the details of the showpiece announcement, reveals that sums have been allocated for a roundabout in Hales. No doubt residents of the Norfolk village will be pleased that the accident blackspot at the junction of the A146 and B146 is being tackled. However, the project sheds light on how limited the chancellor of the exchequer Philip Hammond’s fiscal room for manoeuvre was. There were no updates on big ticket projects like Crossrail 2 or the mooted east-west northern rail link, both of which had been regular features of his predecessor George Osborne’s Budgets.

However, the news cycle, like nature, abhors a vacuum. The absence of showstopping stories helps to explain why within a couple of hours of Hammond’s Budget speech, attention was focusing on his now abandoned plans to increase the national insurance (NI) contributions of self-employed workers. And while the chancellor announced today that there would be no tax reform in this parliament, clearly harmonising the NI rates across both self-employed and employed workers is still on the Treasury’s agenda.

Currently, self-employed workers pay NI contributions set at a rate of 9% on annual profits of £8,060-plus. The Budget last week controversially proposed that this rate should increase to 10% next year and then to 11% by 2019. Hammond’s move was designed to begin to bring NI contributions for the self-employed and employed into line.

The NI contribution changes were only one leg of a tax double whammy to hit the self-employed. The many self-employed who have set up their own companies were also to be hit by a change to the dividend taxation rules, which means they will only be able to receive £2,000 in tax-free dividends as opposed to the current cut-off point of £5,000.

The self-employed now make up an estimated 15% of the total workforce, a share that is increasing rapidly, fuelling Treasury suspicions that many are opting for self-employment or being encouraged to do so by employers in order to sidestep NI contributions. It’s not just the Treasury that is worried – the Unite union has been running a long campaign against what it brands “false self-employment”. It accuses companies of persuading employees to take on self-employed status as a way of not having to pay their share of NI contributions.

The chancellor’s sudden U-turn on the NI changes is explained by the furious backlash from Conservative backbench MPs, who feared that it would shred their party’s reputation as the champion of the entrepreneur. The Sun rallied to the cause of the “white van men”, who would have been hit in the pocket by the change. And it was hard for ministers to square the increase with the Conservatives’ manifesto promise not to raise NI and tax rates.

In addition, the sums raised would only have been relatively paltry – £135m per year, according to the Red Book. “If you were going to break a manifesto promise, you would think you would do it for a much better price than Hammond did,” says Gordon Anderson, construction partner at Irwin Mitchell.

Indeed, Theresa May was backtracking barely 24 hours after Hammond’s Budget speech, saying that the government would not be legislating to implement the rise until the autumn, when the second of this year’s Budgets will be presented. Clearly, this second Budget will be a tricky balancing act for the chancellor as the tax raid was meant to fund certain funding commitments.

By the autumn, the government is also due to receive a report from Royal Society of Arts chief executive Matthew Taylor into the changing nature of the labour market. This was going to be the opportunity for the government to present any NI contributions as part of a broader package of measures, which could have included enhanced employment rights for the rapidly growing army of the self-employed.

So, given that 40% of the construction workforce is self-employed, it is fair to assume that the sector has been well represented among the opponents of the Treasury’s NI reforms. But what impact would these changes have not just on individual self-employed tradespeople and professionals but on the structure of the industry’s workforce in general? While clearly the flexibility of the workforce would have been threatened, were there also some actual benefits of the now discredited measures for construction?

While Hammond has received brickbats over the NI contributions hike, many in construction believe it would have been good news for the industry.

Michael Ryley, an employment partner at solicitors Weightmans, says: “This is an industry that historically engaged a significant proportion of its workforce on a wholly casual basis and paid them on the lump. We have come a long way since those days, but a considerable number of brickies are still engaged on a self-employed basis.”

The Farmer Review, which was published last year by the Construction Leadership Council, identified the high level of self-employment as one of the factors undermining the industry’s efficiency. It says “unusually high levels of self-employment” contribute to the sector’s highly fragmented structure, which means clients and contractors spend much of their time process-managing supply chains.

Ann Bentley, global chair of Rider Levett Bucknall, agrees with the Farmer Review that high levels of self-employment hold back the industry’s efficiency. “There is a consensus that the number of self-employed people in the construction industry contributes to the lack of productivity.”

If you were going to break a manifesto promise, you would think you would do it for a much better price than Hammond did

To give a prosaic example, she says, 15 companies effectively doing the same thing on site will require 15 different sets of invoices.

So before the U-turn she had welcomed Hammond’s reforms. “It’s a really good move because we have been encouraging people to be self-employed when they should be under the health and safety protection of big companies.”

Steven Hale, managing director of consulting engineer Crofton Design, again speaking before the U-turn had said he was “really pleased” that the government was tackling what he branded the industry’s “ridiculous” reliance on self-employment. “Lower tax is a crutch to support low pay,” he said, arguing that reliance on self-employment discourages companies from taking measures to boost productivity on building sites, such as making more use of technology.

It further hits productivity by undermining incentives to train, added Hale: “If you are self-employed, nobody will train you with new skills, so the skills base in the industry falls through the floor.”

Hammond’s failed attempt to raise NI contributions would have started to “level the playing field between the self-employed and employees,” says Mike Hunter, a tax partner at solicitor Addleshaw Goddard.

Construction’s self-employment arrangements have been in the Treasury’s sights for a long time, he adds, recalling the crackdown on bogus construction self-employment schemes by the Inland Revenue, which kicked off in 2006.

“The Inland Revenue was making loud noises about people being treated as self-employed in the construction industry who they thought were employees,” says Hunter. 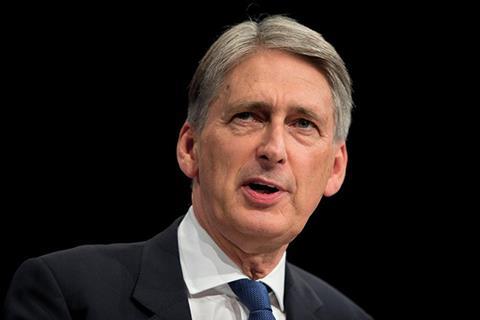 In addition, it could provide a fillip for moves to make greater use of manufacturing in the construction process because it involves using fewer people overall than on-site construction. “The positive for the industry is that both are associated with boosting productivity,” Waller said.

Where will the costs be felt?

However, the Treasury’s proposed tax raid clearly would have been a major headache for the industry at an already challenging time, potentially making the chronic skills shortages even worse. Waller says: “It’s certainly would not be helpful to the skills crisis in the short term.”

Waller acknowledges that a smaller self-employed labour force could “hugely” diminish the flexibility the sector benefits from. And there was evidently a concern that self-employed workers would leave rather than pay the higher tax. “Hopefully it would not have resulted in construction workers leaving the industry – the skills shortage is bad enough as it is,” says Weightmans’ Ryley.

However, the depth of the skills shortage means that self-employed contractors would not have stomached the increased contribution but would have passed it on instead, says RLB’s Bentley: “From a pricing point of view, if they were going to pay more tax, they would try and recover the money from somewhere else.”

Irwin Mitchell’s Anderson agrees: “Ultimately the developers, end-user or occupier would have borne the cost. The self-employed contractors would have been in a stronger position to [pass on the cost] as Brexit exacerbates existing skills shortages, he added.

And increased costs, which won’t have been priced in, will put added pressure on existing contracts, says Andrew Dixon, head of policy at the Federation of Master Builders.

However, Anderson doubts whether the increase in NI contributions, which would have worked out at no more than £589 per year, would have ultimately proven a sufficient stick for many to take in-house posts. And the benefits to companies, such as not having to pay holiday and sick pay, would have ultimately outweighed costs that resulted from a levelling of the NI playing field, he argued.

Weightmans’ Ryley agrees: “I suspect that the self-employed would have just grinned and borne it.”

Nevertheless the government NI plans are now in tatters, having stirred up an unusually broad range of opposition from across the Tory backbenches. While the industry may see a lot of sense in Hammond’s plan, the government becomes bogged down in the complexities of the Brexit negotiations, has decided that increasing the self-employeds’ NI contributions is a fight not worth picking.

Largely ignored amid the furore generated by the national insurance hike for self-employed people, the chancellor of the exchequer also introduced proposals to curb “fraud in the provision of construction sector labour”.

The Budget Red Book stated that the government will consult on applying the so-called reverse charge mechanism, thereby putting the onus on recipients of construction labour services to account for VAT charges.

The chancellor’s proposal isn’t aimed at large contractors but at jobbing builders who take cash-in-hand payments in return for not charging VAT. Rider Levett Bucknall’s Ann Bentley says it is widely seen as “socially acceptable” not to pay VAT for building projects. “Even somebody who never broke the speed limit would happily pay a builder in cash. Everybody should obey the rules.”

Arcadis’ Will Waller says the VAT crackdown is “part of wider government initiative to demonstrate that they are making everybody pay”.

However the crackdown on VAT fraud can be seen to fit into a broader push to make the industry as a whole operate in a way that is above board. Bentley, who is a member of the Construction Leadership Council, observes that even government ministers’ perceptions of the sector tend to be shaped by their personal experience of domestic projects. Ultimately, therefore, curbing shady practices on extensions and renovations may be good news for the reputation of the industry’s big boys.