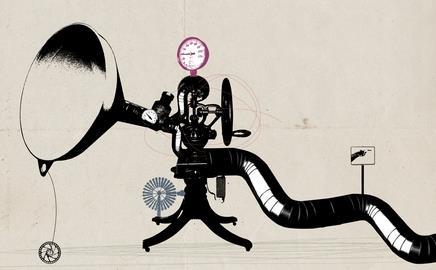 It’s a truism of construction that its political power doesn’t reflect its size. Now its leaders are trying to change that by consolidating, unifying and forming an alliance with the CBI. Sarah Richardson reports

In Monty Python’s Life of Brian, the fight against the Romans is divided between the Judean People’s Front, the People’s Front of Judea and the Judean Popular People’s Front. A state of affairs not unlike the industry’s myriad trade bodies according to a lecture that James Wates, the chairman of the Construction Confederation, gave to industry leaders in 2006. “None of those organisations knew what they stood for,” he said. “I’d suggest the construction industry isn’t far away from that today.”

The construction industry is responsible for about 9% of the UK’s GDP and is essential to the implementation of vast areas of government policy, yet has little ability to influence that policy. The industry is composed of 250,000 firms, divided into many distinct trades and professions and represented by 300 bodies, so it is naturally incoherent. What successes it has had underline this: the Construction Act was passed in 1996 after decades of struggling with dysfunctional relationships, and its subsequent amendment has been like listening to a room full of people shouting at each other.

Two years on from his lecture, Wates believes he has a solution. After 16 months of discussions with Richard Lambert, the director general of the CBI, and Stephen Ratcliffe, the Construction Confederation’s chief executive, a deal has been negotiated. The result is the formation of a group within the CBI to speak for housebuilders, contractors, materials firms and consultants, and a collateral shake-up of some of the industry’s trade bodies. This will lead to the axing of the Major Contractors Group (MCG) and National Contractors Federation (NCF) in favour of a UK Contractors Group, which will tackle industry issues such as health and safety. Wates hopes this will support the CBI council in its work, and act as a catalyst for the rationalisation of construction’s trade bodies, of which more below.

But, true to form, these moves are already causing disunity. The Federation of Master Builders (FMB) is complaining that it was not consulted on the plans, and that that the all-inclusive CBI council is nothing more than a major contractors’ interest group. And Simon Storer, external affairs director at the Construction Products Association, says: “Any group that helps strengthen the industry’s representation is a good thing, but this is just an advisory body to the CBI, so it won’t speak to government on behalf of the industry. What it does do is make the CBI more reflective of the industry."

So, will Wates be the messiah the industry needs, or is this all just tinkering by a very naughty boy?

A “construction council” within the CBI will be established in October to present the industry’s views on business issues. It will be chaired by John McDonough, Carillion’s chief executive, and its 25 members will be drawn from firms in the confederation. The council reps will serve for between two and three years and they can be from any industry sector (see box overleaf).

The council will tackle business issues such as procurement, PFI bid costs and EU legislation. McDonough says the council will be at the heart of the CBI, and that this will “enable the whole sector to benefit from the CBI’s unrivalled access to Whitehall, Westminster and Brussels”.

Wates says: “Up until now, the industry bodies just haven’t been on the government’s radar. They aren’t really seen as being about the business agenda, whereas the CBI is known for being very good on those kinds of issues.”

In the current market climate, it is seen as essential that construction become part of the policy-making community. The council will also allow the industry to forge closer links with related sectors, such as retail and manufacturing. This should promote a more cohesive approach on issues of general concern, such as planning and procurement, rather than leaving construction to shout from the sidelines.

It is easy to see the potential benefits of this approach. “One example is the unions flexing their muscles over gangmasters legislation,” says Ratcliffe. “It’d be really helpful to approach this from a universal business perspective.” Another case in point is the OFT inquiry: companies within the financial services and retail sectors argued that the watchdog had made too much of the problem. If construction had joined forces with them, its complaints would have seemed less parochial.

And McDonough’s involvement in the council shows large companies, which have often failed to see the benefit of joining trade bodies such as the MCG, may become more engaged with the rest of the industry.

“The problem with the MCG was that it was losing its largest members, and at the same time it was felt that smaller companies weren’t really prepared to engage with us,” says Vaughan Burnand, managing director of Shepherd Construction, an MCG member. “The CBI has a broader spectrum, and it does unify companies together.”

Others are more sceptical. One senior trade association source, who did not wish to be named, said: “I’d question whether the CBI group is representative if it only consists of 25 members. It will be interesting to see what resource the CBI puts to it. If the Construction Confederation is being scaled back, there is also the chance that we will actually lose the benefits of an umbrella body for contractors, as the Civil Engineering Contractors Association and the National Federation of Builders aren’t going to be part of the UK Contractors Group in the way that they are of the confederation.”

Supporters of the CBI council are promoting it as a representative, inclusive industry voice and Wates says the rotating membership structure will support this: “Over 10 years, I’d expect all major players that want to, to have had a seat.”

Here Wates touches on a potential problem. He has stressed that the council will get nowhere “without the buy-in of SMEs”, but their main trade body does not try to hide its displeasure about the way the council was founded. Brian Berry, the FMB’s external affairs director, says: “They claim it’s going to be this all-singing, all-dancing voice of construction and will include SMEs, but we weren’t approached about it at all.”

The FMB has arranged a meeting with Ratcliffe, but although Berry acknowledges that “the more people that can speak with one voice the more helpful it is”, there are already suspicions that the CBI council will focus on the interest of the industry’s largest firms.

“You have to ask if it’s all a bit of hype,” Berry says. “I can’t see what this body will bring that the Construction Confederation doesn’t already do.” A senior source from another body suspects that the confederation will be allowed to wither away, in which case “there now be four bodies representing builders if you count the FMB, so the position of contractors will actually weaken”.

The CBI’s director general, Richard Lambert, says the council “will work closely with the major trade bodies”, but this brings us back to the original problem: there are so many trade bodies that even if they are heard, it is difficult to work out what they are saying.

Wates hopes that the formation of the council, and the UK Contractors Group for the contracting, will lead to wholescale rationalisation. The hope is that the contractors group will ultimately become the sole trade body for all Britain’s building contractors, a state of affairs he describes as “nirvana”.

Wates recognises that this is not going to happen anytime soon: by itself, the merger of the MCG and NCF hardly amounts to the dawning of a new era. He hopes other trade bodies will join the group eventually but argues that he is interested in “evolution rather than revolution.”

To that end, the Construction Confederation – perhaps the obvious candidate for incorporation – will remain a separate entity, although in what form has yet to be decided. “We still need to do some mapping out,” says Wates.

As Wates will chair the UK Contractors Group and the Construction Confederation, there is a clear path to collaboration and perhaps merger. And collaboration with Construction Confederation’s member bodies – the Civil Engineering Contractors Association, for example – also looks promising. But there has been no indication from others, particularly those representing smaller firms, that they will be prepared to join.

The FMB is certainly one of these. Berry says: “We are ready to step up to be the major voice for SMEs, and if there is any vacuum there then we are going to fill it.”

It seems Wates’ dream of a unified industry voice still has some way to go.

Those new bodies in full

Chaired by John McDonough and made up of 25 chief executives or chairmen from industry firms who have CBI membership. The members will be replaced every two to three years, and they will be drawn from contracting, housebuilding, SMEs, consultancy and materials producers.

Membership costs: CBI membership is about £40,000 a year for a £1bn-turnover company; there is no additional fee for council membership

Likely to be chaired by James Wates. It expects an initial membership of at least 25 firms drawn from the contracting sector. It will replace the Major Contractors Group and the National Construction Federation, and will be open to new members and may supersede other trade bodies in future

Remit: Will focus on select industry issues including sustainability, skills and safety, and one-off concerns such as the OFT inquiry.

The Strategic Forum will continue to exist in its current form as a best practice body linking government policy with the industry. The Construction Confederation will be scaled back to avoid overlap with the UK Contractors Group.