Consultants' salary survey 2017: The bold and the bountiful

Strong hiring intentions and employee caution post the Brexit vote mean those prepared to move jobs could be richly rewarded - as may firms prepared to be aggressive in sourcing new hires. David Blackman reports on Hays’ latest consultants’ salary survey 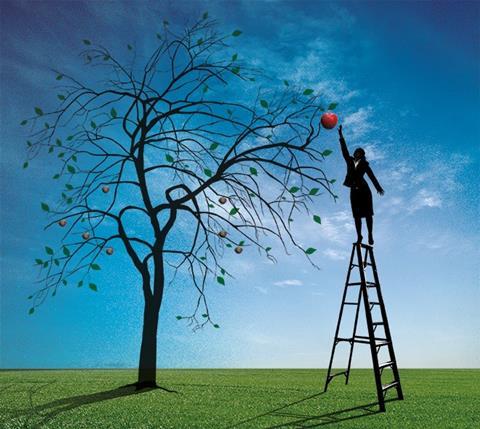 The salary boom is over – but consultants still did quite nicely last year. That’s the key message of the Hays annual consultants’ salary survey guide, published here exclusively.

This shows that consultants’ average salaries rose by 2.8% in 2016. While a slowdown compared with the previous year’s figure of 4%, this was still better than the average pay rise for all employees (1.8%).

Well above-inflation pay increases remain the norm in pockets of the consultancy world. Exactly one-fifth of consultant employers awarded salary increases of 5% or above, with about the same proportion (21%) planning to do so again this year, according to Hays. On top of that, half of consultant employees reported their bonus was higher last year than it had been 2015.

So who are the biggest winners and what is the outlook for this year given the uncertainty after the Brexit vote?

The survey shows that professional quantity surveyors enjoyed the biggest salary increases, netting an average of 5% at director level. But structural engineers and CAD technicians did almost as well, with some roles benefiting from average pay increases of a little more than 4%. However, architects and interior designers dipped out. Partners, directors and associates in the two disciplines netted a barely above-inflation increase of 1%.

The continued rise in consulting salaries reflects an optimistic mood among employers after the EU referendum, according to Richard Gelder, director at Hays Construction & Property. He says: “Salaries for consultants have risen for the fifth consecutive year, as the industry’s confidence remains steady alongside a demand for skilled staff.”

She believes that the pay picture is returning to equilibrium now that the post-recession catch up in salaries has largely washed through.

But that is not the case everywhere, she says, noting that pay pressures are most intense among recently qualified staff in London.

“The biggest problem is salary disparity between London and the rest of the country.

She doesn’t blame the staff members, she says, given the high cost of living in the capital.

Richard Claxton, chairman of Bromley-based consultant Pellings, says that escalating pay rises means pay scales have had to be re-examined.

“Sometimes the senior person in the interview isn’t being paid much more than the person they are interviewing.”

Escalating pay inevitably puts a pressure on profits, says James Bryce, the recently appointed director of workforce planning at Arcadis. “The challenge is the margins that can be achieved at those salary rates.”

And the pressure on employers to increase salaries is not waning. Only 54% of consulting employees are satisfied with their pay, according to Hays. Just over two-thirds (64%) expect a salary rise over the next 12 months, while 34% plucked up the courage to ask for one this year.

The good news for these employees is that the door is likely to be ajar when they go knocking for a rise, despite the uncertainty resulting from last June’s vote to withdraw from the EU.

According to a survey carried out by Hays in the autumn, 67% of employers stated they would still increase pay, while 31% would maintain it at the same level. Only 2% of construction consultancies said they had plans to decrease pay following the referendum.

These findings reflect a continuing bullishness about the construction market. The same survey shows that 64% of firms predict a rise in activity during 2017, with only 7% forecasting that the market will shrink.

RLB’s Bentley says that there was an overall dip in activity immediately following last June’s vote. “Everybody was suicidal, particularly in the residential market.” However, the level of enquiries has been “buoyant” since then, she adds, especially from overseas investors.

As well as strong interest from Chinese clients, she has spotted a new breed of South African investors who have seen their currency, the rand, appreciate while the pound has dropped in value since the referendum. “It’s noticeable because we had never worked for a South African client until 18 months ago,” she says.

Paul Newing, WSP’s UK head of human resources, agrees that the market has weathered the EU vote. “There was a blip just after Brexit, particularly in the South-east but that was offset by growth in the North.” WSP is planning to recruit 250 to 300 graduates and apprentices over the next year.

One of the most worrying findings in Hays’ annual consultants’ salary survey centres on progression.Just under two-thirds (62%) of consultants reported “no scope for career progression” within their organisation, which is 12 percentage points more than the UK average for all employees.

This pessimism about the lack of opportunities probably helps to explain why the same proportion of employees are open to considering a job move within the coming year.

Hays’ Richard Gelder says employers need to work harder at identifying career paths within their organisations. He says: “Employers are advised to address pay priorities in this instance and look to increase desired benefits such as flexible working, increased holiday and above-statutory contributory pension.”

Being in tune with employees’ aspirations is important too, says Gleeds’ Stuart Senior, giving as an example a member of staff who has just transferred within the practice from London to New York. “That came out of a dialogue about the types of career path benefits that could accrue from the growth of our business,” he says.

Training can also keep staff engaged and growth can open up opportunities for progression within firms, says Pellings’ Richard Claxton. RLB’s Ann Bentley says the next few years could see an opening up of opportunities within consultancy firms as senior staff hit retirement age. She says: “It’s rare to meet a young director of a company and most senior staff in construction are well over 50, so in the next 10 years there should be massive room for movement.”

And across the board, hiring intentions remain strong. Bentley expects RLB to match this year’s 10% growth in headcount, while Bryce says Arcadis’ staff numbers could be up to 15% greater by the end of the year.

Stuart Senior, the board director at Gleeds responsible for people, says the firm is targeting an increase of 16% to 17% across the UK in 2017.

However luring people away may not be as easy as it was 12 months ago. Brexit uncertainty seems to be weighing on would be movers’ minds. Senior says: “People aren’t moving quite so readily and haven’t been for a time.”

Newing agrees that employees are a bit more reticent about jumping ship. “They are looking for a good reason to move,” he says.

Against this backdrop, it is hardly surprising that poaching is continuing. Bentley says the concept of company loyalty is nowhere near as deeply entrenched as it was when she started in the industry.

“Five or six years ago, we would not have overtly approached staff in other organisations. We do now, to be honest, but then our staff get approached all the time.”

And it is not just rival consultancies that have made approaches, she says, noting that contractors have been responsible for some of the most aggressive poaching.

Developers are getting in on the act too, says Gleeds’ Senior. “The people that leave for big rises tend to go to clients,” he says, noting that Gleeds recently had to say goodbye to a staff member who was offered a 60% salary increase.

“We won’t compete because it destabilises the salary structure of the business. Hopefully everybody disengages on good relations and hopefully that person will become a client in due course,” he says.

Arcadis’ Bryce understands why those reaching the mid-point of their careers may be attracted by an in-house role. “If you are in the mid-30s with a couple of young kids, you will chase the pay cheque.”

But he insists that consultancies are still able to offer richer professional opportunities: “You can get a 20% salary increase but a smaller company can’t offer you the same experience or career development that an organisation like ours can.”

The temptation to stray is fuelled by recruitment agencies, says Pellings’ Claxton, who says employees’ expectations are stoked by phone calls from headhunters dangling tasty salary offers. “It creates constant mobility and agencies only make money if people move.”

However, one of the main reasons that consultants are so vulnerable remains the underlying shortage of skilled people in the industry. When asked to identify the top challenges in recruiting staff over the next 12 months, consultant employers reported that a shortage of suitable applications and applicants’ unrealistic salary requirements were the two chief headaches.

Just over two-thirds (65%) of employers said that operations and technical roles were the hardest to fill.

In a bid to address any skills shortages, nearly half (43%) of employers said they would hire temporary or contract workers to address immediate work priorities.

“The solutions indicate a positive outlook towards ‘super-temps’, highly skilled professionals who manage projects in an interim, as the consultant sector struggles to fill operations, managerial and leadership roles,” says Hays’ Gelder.

And the new wave of mega-projects, notably HS2 and the Hinkley nuclear plant, looks set to spread skills shortages. Coming down the line in Birmingham, literally, is HS2, which is already having an impact on the local construction jobs market, says Bentley – and demand at Hinkley has affected skills availability in the South-west.

“The number of quantity surveyors they want at Hinkley is eye watering: running into the hundreds. We’ve already seen the impact in Bristol, with people wanting to go freelance to double their salary.”

Relief may be at hand though, as increasing numbers of graduates emerge from construction courses, she adds.

Course numbers at Birmingham City University and the University of Reading, both of which she lectures at, have expanded back to pre-financial crisis levels on the back of resurgent confidence in the construction market.

Bentley says there are “definitely” more graduates to pick from now. “We had a reasonable choice this year, whereas five years ago there was none.”

And while getting youngsters into the business won’t provide immediate relief for skills gaps, it should pay off down the line, says Gelder.

“This will provide the opportunity for junior or middle managers to move up the career ladder quicker if they can demonstrate and improve upon the skills in demand.”

But with skills shortages likely to be even further exacerbated by the UK’s withdrawal from the EU, the worry is that tomorrow’s talent will arrive too late to meet today’s needs. 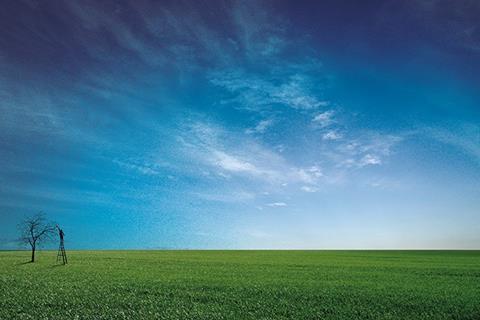 Hays surveyed over 188 employees and 84 employers from consulting firms in spring 2016.

A separate salary guide survey was carried out in September 2016, after the EU referendum. Salary data has been compiled using information gathered during 2016 from Hays offices across the UK, it is based on job listings, job offers and candidate registrations.