A calmer economic climate has finally let consultants slow the rate of pay growth, according to this year’s Hays Consultants’ Salary Survey. But with proposed limits on overseas recruitment and a lack of graduates rising through the ranks, will they be able to keep their feet on the ground? 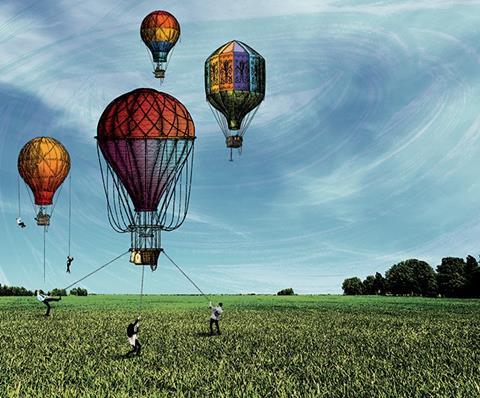 It’s still an employees’ job market out there. The soaring salaries of 2014 have subsided, but consultants’ pay has increased for the fourth year in a row, according to Hays’ Consultants’ Salary Survey Guide.

The rise is the continuing effect of an acute shortage of skilled industry professionals, with the availability of qualified candidates failing to keep pace with the growth in construction workload since recession. As Bill Maynard, head of recruitment at Arcadis, says, this situation has in the last few years created a “perfect storm” for those trying to recruit consultants.

But is the slowing growth of consultants’ salaries a sign that the industry is getting to grips with this issue? And in this still-turbulent market, what other recruitment challenges is it facing?

The average salary growth for consultants was 4% during 2015, a drop of 1.25 percentage points on the 5.25% growth of the previous year.

Structural engineers – who had the largest salary increase at 12% in 2014 – have seen their average pay grow at less than half that rate (5%), while associates’ and seniors’ pay increases have also shrunk to an average of 6%, down from 10% in 2014.

That period, 2014, the first full year of recovery in the construction industry, was “a bit spikey”, admits Richard Gelder, director of Hays’ construction and property division.

Gelder says those salary highs happened because the industry was suddenly incredibly busy, which meant that companies needed to recruit quickly to cope with their workloads. As everyone scrambled to get skilled staff, qualified employees came at a premium and were offered inflated salaries. But the rises were also a natural adjustment from previous low points.

“In real terms you could probably argue that salaries had fallen back from the peak pre-recession and it was just a bit of adjustment with things catching up with themselves,” he adds.

Paul Newing, head of human resources at WSP Parsons Brinckerhoff, agrees that there was a “post-recession effect, so there was a bit of catching up to do”.

But the adjustment period, and the “panic phase”, as Gelder describes it, seem to be over now and employers are becoming more considered about their hiring. For example, quantity surveyors, architects and building surveyors have seen some consistency, with their average salary increases only down by a couple of percent on the previous year.

But while this year’s figures may represent a slight smoothing out of the jobs market, overall pay growth was still nearly double that of the UK average of 2.3% across all professions, reflecting the growing shortage in these skilled roles. Pay in some roles has increased by almost four times that. And 81% of employers responding to the survey said they expected salaries to grow again in the year ahead.

Ann Bentley, chairman of Rider Levett Bucknall’s (RLB) global board, says: “Everyone’s pipelines have come to fruition and there’s a greater level of confidence in the economy.” She adds: “Things might not be growing as quickly as they were, but they are still growing”.

Reinforcing Bentley’s view, Hays’ survey reports that 86% of employers are expecting business activity to increase in the year ahead, up from 77% in 2014.

Almost a quarter (23%) of employers also think they have not currently got the talent needed to achieve current business objectives as pipelines are still full, despite the forecasted slower growth for the next three years. As a result, 87% of employers responding to the survey said they planned to recruit in the next 12 months, and both Arcadis and WSP Parsons Brinckerhoff plan to recruit about 1,000 people each during this period.

For Arcadis’ Bill Maynard there is still a “dearth of good talent,” which is why on the whole he says he is still seeing increases in salaries, even if they are not as significant as they previously were.

Maynard says the easing of salary growth is partly because clients are not accepting higher fee costs being passed on to them, so paying more and more on salaries squeezes profit margins. Arcadis is therefore “making sensible choices about the affordability of recruiting,” he says. “There comes a point where, yes, we need to pay market values, but we need to be sensible about what that market value is”.

Both anecdotal experience and the data suggest consultants are facing a particular crunch point when it comes to recruiting skilled or qualified people with four years’ or more experience. RLB’s Bentley says she is seeing “particular pressure” on salaries at this level. Maynard also agrees that it is the mid-range where the problem is acute.

Things might not be growing as quickly as they were, but they are still growing

The crunch caused by the fact that companies reduced or stopped graduate programmes when the country entered recession eight years ago, meaning there is a dearth of people with that level of experience who would otherwise be competent managers on projects by now – as well as rising to be the leaders of the future.

The result is that, for example, while newly qualified surveyors have seen wages rise by 5%, and graduate surveyors by just 3%, senior and associate quantity surveyors have seen pay rise by 8% in the last year. This dynamic is mirrored in many other of the professions.

In response to this skills squeeze, firms are getting a bit more creative to meet demand.

Gelder says he has seen a “strong” interest in the recruitment of European Union nationals with expertise in BIM software such as Revit, who are able to come in and fill some of those BIM-focused roles, particularly in light of the looming 2016 UK government BIM mandate.

Recruiting from overseas, Arcadis’ Maynard says, is “something we’ve got to do quite frankly because we know we haven’t got the talent in the UK”.

However, recruitment from the EU market is not something Bentley feels is practical due to language barriers and a lack of recognisable qualifications, and she says RLB instead looks more towards the markets of Australia, New Zealand and South Africa.

This is primarily because personnel from these countries have recognisable qualifications and English is usually their first language. But visas, she says, are an issue, unless potential employees can show a level of UK heritage and so qualify for an ‘ancestral visa’. This is because trades such as quantity surveying are no longer considered among the special professions which are allowed an easier and quicker route to qualify for visas.

Recruits from these countries were a “massive feature of the last market peak,” Gelder says and he is now seeing a resurgence of people from the southern hemisphere coming to the UK.

Bentley says the easiest country at the moment for UK firms to recruit from is China. This is due to a lack of UK nationals able to speak Mandarin, as well as being qualified to work in the sector.

With the large number of Chinese clients and investors in the UK construction market these highly skilled human imports from China are a “requirement”, she says. However, overseas recruitment could become more difficult as the government looks to clamp down on migration into the UK.

The Migration Advisory Committee – commissioned by the government to look at whether it has been too easy for businesses to recruit from abroad and to examine what more can be done to reduce levels of work immigration from outside the EU – has as part of its recommendations supported the introduction of an Immigration Skills Charge, to be levied on employers and set at £1,000 per year per non-EU employee.

Bentley considers the proposal “counter-intuitive” and “annoying,” but unlikely to stop employers recruiting from abroad. Maynard agrees, adding: “We need to look overseas to make sure that we are servicing our contracts.”

The market is no easier this year, then, but now that some of the panic is past employers are now “tactically” a bit better prepared and firms are thinking a little more long-term. They are no longer prepared to buy talent at any price.

“All that will lead to is costs running out of control and a vicious circle where you’re bringing in talent on inflated prices, possibly upsetting those already there,” Gelder says.

Most employers now have established graduate and apprenticeship schemes and are starting to see them produce junior employees. Newing says he expects that about a quarter of those WSP plans to recruit this year will be recent graduates.

For graduates looking at company schemes, the quality of training comes top of their list of priorities – it is about more than just salary. And consultants are finding that they need to consider the “total reward package”, for all skilled employees. Flexible working was rated the most important benefit by 66% of employees responding to the survey followed by annual leave over 25 days (53%) and statutory pension contributions (46%).

Maynard says Arcadis has recognised that flexible working is one of the most important benefits it can offer, and that since the recession people are more aware they need to invest in their future, so the firm has upped its pension contribution to 8%.

Both Newing and Bentley cite career progression as an important factor in attracting staff, with Bentley adding that opportunities to buy into the company are also a key incentive.

Newing says that individuals are looking for longevity and stability. So they seek out companies with a strong record and order book, as well as those who work on iconic projects, as they feel these firms will “be better able to weather” any future recession.

But despite the importance of an overall benefits package and an attractively stable company to recruit skilled staff, a competitive pay rate is still the key to retaining them. Only 52% of employees responding to Hays’ survey said they were happy with their salary, while 53% anticipate moving jobs in the next year.

There’s a lot for today’s consultant to think about. Employers are taking control of their recruitment to stop spiralling salary costs, while investing in graduate and apprentice schemes to produce the future talent they know they will need. But they’re still having to deal with a highly competitive skills market, with a current shortage of skilled staff and the ever-present temptation for employees to jump ship. So for now, salaries continue to grow – if a little less spectacularly.

As Maynard says: “We all want the same type of candidate and there are only so many of them out there.” 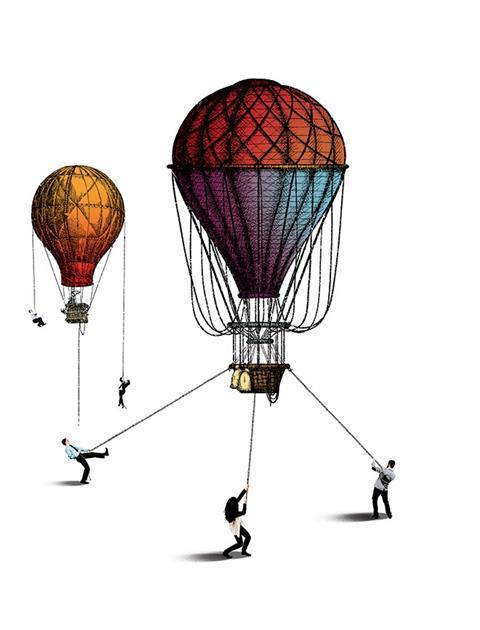