Marginal increases for most roles mask some big pay hikes, while majority of employers plan to recruit in next 12 months

Covid-19 has been a driving force behind major business decisions for 12 months now. Firms have had to make tough choices over whether to cut jobs or put staff on furlough, the latter now being an option the government has extended until September. And the construction industry, while allowed to operate  during lockdown unlike hospitality or retail, has not dodged the pain entirely. Take consultants: in August last year Aecom axed 500 jobs, Arup cut 350 the month before, while Cundall, Gardiner & Theobald, RLB and BDP all reduced their workforces by between 6% and 7%.

With all this in mind it is perhaps unsurprising that the latest Consultant Salary Survey, produced by recruitment specialist Hays on behalf of Building, found that even staff with secure jobs were weighing up their options. 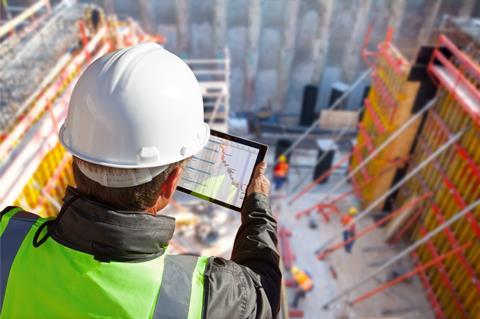 Spaceplanners saw the greatest salary increase in the 2021 survey

The survey, which was carried out between 26 October and 16 November last year, found that as a result of covid-19, nearly half, or 47%, of employees plan to change organisation but stay within the industry, 13% plan to set up their own business or become self-employed and 12% plan to find a role with greater purpose. Gaelle Blake, director of Hays Construction and Property, says these figures show that employers need to boost morale in the wake of the pandemic.

She says: "It might seem like an obvious action to suggest, but many professionals either feel disengaged because they feel they’re being overlooked and undervalued in their current capacity. This has been exacerbated during covid-19 as many professionals have had to adapt constantly to changing conditions."

Blake highlights the need of employers to identify where staff have gone above and beyond if they want to foster loyalty.

Concerns about job security, salary and benefits packages were the reasons most professionals gave for wanting to leave their current role. Lack of future opportunities was the next reason given by 17%. So in a year when remuneration increases have for the most part been marginal, it seems employers have to work harder to make staff feel secure and that they are being given development opportunities.

Of the 32 construction consultancy positions surveyed 27 experienced salary change of between -1.1% and 3% on a national level (scroll down to see salary survey data tables below). Architects as a whole experienced the weakest wage inflation - an average bump of just 0.8% across the board - while the biggest pay increase was experienced by spaceplanners, who achieved average growth of 6.9% from £25,500 in the 2020 survey to £27,250. The next biggest rise was 5% enjoyed by senior quantity surveyors, with their average national wage jumping from £49,979 to £52,500. An even bigger hike has gone to QS partners and directors willing to switch firms in London at this time of uncertainty: new starters at this level are being handed an average of £110,000, the most of any position and 10% more than the previous year.

One partner at a London firm says: “I think we’d be looking to pay between £85,000 and £120,000, somewhere in that ballpark. That [£110,000] figure feels about right.” But, he says, partners and directors across all firms have been forced to take salary cuts to preserve cash and that it has " been all about keeping your job”.

And there is more good news: 54% of businesses plan to recruit in the next 12 months, though this is down on 74% the year prior. According to the data 35% of these firms plan to recruit permanent staff and 27% want temporary or interim staff. Meanwhile some companies are starting to talk about changing their recruitment strategy. Karen Mosely, managing director at architectural practice HLM, says the firm is taking a “blended approach". She says: "We are looking at upskilling, we are looking at apprenticeships, we are looking at collaborating with other practices, we are looking at job sharing - all so we can have that agility." Mosely says HLM is working with smaller practices, who might have smaller workloads to share resources - signalling an increase in collaboration - a matter of "sharing skills rather than hiring and firing".

Recruiting the next generation

As Jilly Calder, vice president human resources at Atkins, says the figures around plans to recruit need to be examined in more detail. While it is positive to see that half of the firms surveyed are still looking to hire, she says she hopes to see more people recruited who are at the start of their careers across the industry. “Too often in times of economic uncertainty there is a knee jerk reaction to stop recruitment and protect the existing workforce,” she says. “But we know from experience that this risks not only young people’s future but our sector’s, as this kind of short-term thinking can lead to long-term generational skills gaps.”

Calder says Atkins has continued to hire people starting out in their careers throughout the pandemic and has seen unprecedented levels of applications, in some cases over 50% higher than for the same position last year. But she says this has not been the case across the board, with many firms cutting graduate programmes and younger workers in redundancy rounds. She says: “If we want to safeguard the future of our industry, we must continue wherever we can with our commitment to bring the next generation into the workforce.”

This sentiment was echoed by Arcadis' Lucy England, UK head of HR, who says while her business had taken a slightly different track - putting a temporary stop on external hiring - the firm has now relaunched its graduate programme, something she says is key. "The graduate and apprentice population has probably been affected the most through this," she says. "This is where organisations have looked to stop or reduce the numbers coming in, especially for apprenticeships where you need more coaching and an on the ground environment."

She says Arcadis' decision to delay the start of its graduate programme from September to January had enabled it to bring them into a more stable environment and give the company time to come up with the right way of providing the support and education required virtually. England says entry and more junior positions have been much easier to recruit for, with plenty of candidates in the market, compared with more senior positions. "There is a lot of good people in that low to mid-range who are in the market because they have been let go," says England.

HLM's Mosely says given the new and mostly digital skill sets required, it is imperative that the next generation is not forgotten in the covid fallout - something she says is particularly important in architecture which traditionally has such a long route to professional qualification. "At HLM we are big supporters in the apprenticeship scheme and I think the more we can align ourselves with academia we can devlop the skills we need for growth," Mosely says. "We can't wait for someone else to develop our next generation of talent as an industry. We need to get on and do it."

It is perhaps one of construction's peculiarities that even when hit by a massive economic slump it is one of the few sectors where recovery could be hampered by a skills shortage. Perhaps one factor that has changed in the wake of the pandemic is that industries that used to attract young recruits have been hit worse, and so in theory construction should be able to hire fresh talent more easily than in previous years. Retaining them, however, will mean employers putting much more effort into thinking about and investing in support for people at the start of their careers.


The survey had 435 responses from those working or employing professionals in consultant roles. Salaries are based on based on job listings, job offers and candidate registrations.