The annual results of the big contractors have shown an industry in somewhat shaky shape to withstand the inevitable challenge of exiting the EU. Before construction faces more economic uncertainty, it must address problems of its own making. Dave Rogers reports 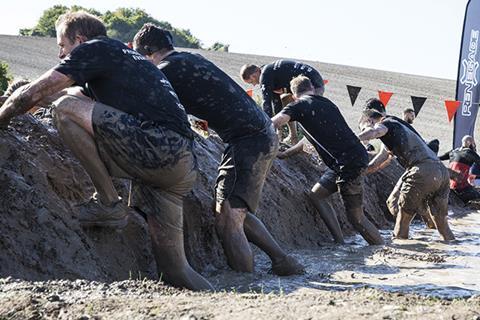 Last year, if you asked the quoted contractors what they thought of Brexit, they’d have been a bit flummoxed. Nobody really had much of an idea. It was too uncertain and too far off.

And while Brexit has become that bit more real with the triggering of Article 50, due to happen as Building went to press this week, it only gets a passing mention in the latest set of results put out by quoted contractors this spring – the first full set of company results since the decision to leave the EU last June. For many, despite general concerns about the impact of Brexit on the downgrading of forecasts for UK economic growth, the more pressing and immediate worries remain those familiar, day-to-day themes: sorting out problem jobs and what to do about margins.

Below is a round-up of the major quoted contractors’ results and what they tell us about the prospects for the individual firms and for the construction industry in general.

The chief executive of Britain’s biggest contractor has a good deal to say about both his firm and the wider sector. Leo Quinn was brought in to the top role at Balfour Beatty in October 2014. Then, the previously reliable and dependable Balfour Beatty was a bit of a basket case. In 2014, it posted a loss of over £300m, which it narrowed to £199m a year later before Quinn unveiled an £8m profit in 2016.

“It’s very comforting to see the largest player in the construction market back in the black,” says Quinn. Such a mood is understandable – he says that when he first joined it was touch and go as to whether the business – which had revenues of anywhere between £10bn and £11bn – would survive. “[It] could have gone either way,” he admits.

Balfour’s problem, according to Quinn, was that when the recession struck the firm bought jobs, and went on a buying spree. “It was forced growth through acquisition or buying bigger and bigger jobs.” More than 90% of the 80-plus problem jobs the firm had on its books when he joined have now been sorted. Just nine remain, although Quinn is adamant they should never have occurred in the first place – and certainly wouldn’t have on his watch. He says when the firm is bidding for jobs now, it “employs a level of prudence that should have been adopted years ago”.

So, having got his firm on an even keel, what are his views on the wider prospects for the industry? He thinks it should be aiming at far higher margins than the 1-2% it currently pulls in. “Margins are more important to me than growth […] I think the industry should not be working for less than a 5% operating margin. It’s achievable from 2020.”

To achieve that, then, other firms must too look to their problem jobs before they have serious consequences on the bottom line. He bemoans the industry’s low barriers to entry with too many contractors taking on jobs at unsustainably low prices. He also says too many – Balfour Beatty included – have not assessed risk properly: “If we didn’t have the bad and loss-making contracts, we would have far more respectable margins.” Simple, really.

This year it was Interserve’s turn to occupy centre stage with the number and scale of its problem projects. It got its bad news out of the way in the week before it released its 2016 results. The shock of the £160m cost – £90m more than it said it would be – of pulling out of its disastrous foray into the energy-from-waste market was well flagged beforehand.

That said, the firm put out a pretty horrible set of results, nosediving to a near-£100m loss last year and suspending the dividend in an attempt to shore up its finances.

Explaining the dividend decision, outgoing chief executive Adrian Ringrose – who is being replaced in September by Debbie White, a senior executive from outsourcing group Sodexo – says: “While liquidity available to the group is adequate, having put in place new banking facilities that expand and extend our debt capacity, the board has a medium-term objective to reduce our overall indebtedness and enhance liquidity levels further while continuing to invest in our core businesses.”

Cenkos analyst Kevin Cammack sums it up when he says: “This has certainly been a major disappointment for me and I am still reeling over how the provisioning for energy-from-waste has ended up being higher than the original contract values and double its previous estimate.”

But he adds: “I do believe the basis of recovery is there and let’s hope the new CEO is able to capture this and be a catalyst.”

Another firm that knows all about recovery from a big hit is Morgan Sindall. A year ago, it was weighed down with a £15m pre-tax loss but returned to the black in 2016 to post pre-tax profit of £44m.

Its two problem contracts – to build a floating jetty and neighbouring living accommodation at the Faslane nuclear submarine base – had come with its deal to snap up Amec’s construction and civils arm nine years ago but hit heavy losses that had plagued the firm.

And now it’s all about looking to the bottom line and those all-important margins. Chief executive John Morgan used the firm’s results to flag up concerns that he is unhappy with the margins being delivered and wants to see them improve. Morgan Sindall’s construction and infrastructure business posted a 0.7% margin last year but Morgan said he has set construction a 2% target over the medium-term and infrastructure a target of 2.5%.

Margins were also on the mind of Galliford Try boss Peter Truscott, who said he wants its construction business to be making a margin of 2% by 2021. But then there are those problem jobs again. In its interim results, the firm said it was being hit by legacy contracts which saw its operating margin in the six months to December 2016 slump from 1.2% to just 0.4%.

By contrast, its Linden Homes arm returned operating margins of more than 18% and once again raised the question of whether margins in contracting can truly ever go beyond the 1-2% they have been grubbing around at for years.

We all know that when recession starts, our industry in particular enters a race to the bottom

Like Leo Quinn, Paul Cossell, the chief executive of ISG – now delisted from the stock exchange after its takeover by US private equity firm Cathexis last year – believes that 5% margins are achievable in the long run, with contractors helping themselves in the first instance by doing things more efficiently.

Others are not so sure and Bruno Dupety, the boss of Vinci’s UK business, which has revenue of close to £1bn and is hoping to draw a line under its major problem job, the Nottingham tram extension, this year, reckons that 1-2% is the most firms can hope for. The firm returned to the black last year with an £11m profit after two years of losses totalling nearly £300m. Wates’ chief executive Andrew Davies says margins at his firm’s contracting business are “around 2%” and admits: “It will be a long haul and you have got to be realistic about what you can achieve […] Yes, it’s thin margins for what we do and the risk we take.”

Carillion might dispute these takes on the limits of margins where profit from its UK construction division is concerned. It managed a 9% increase in underlying operating profit to £41m and a margin of 2.7%. Overall revenue at the firm went through the £5bn barrier – still some way off Balfour Beatty – with pre-tax profit coming in at £147m, a slip of 5%.

But these were somewhat overshadowed as it was again hit by problems at its Greater Manchester Waste PFI – a lump sum scheme it must be sick of the sight of. It won it in 2007 but only first admitted to problems in its 2014 interims adding that “it has been the group’s policy since 2009 not to pursue fixed-price contracts of this nature” – which indicates problems may have started at that point.

Alongside its 2016 interims, the firm’s finance director Tony Bickerstaff told Building that the work on the scheme – which involves processing an estimated 1.1 million tonnes of rubbish per year, at 46 sites for nine councils – would be completed next year.

But Costain quietly let slip that this will now not be complete until 2019 as it said losses on the scheme had hit £15.1m for the year.

“[It was] another year of decent growth,” says Cammack, who adds Costain is well placed to cash in on the government’s infrastructure spending plans. “Medium-term prospects [are] improving as [the] government agenda on infrastructure unfolds [such as] HS2, new nuclear.”

It’s impossible not to mention the country’s biggest private contractor, Laing O’Rourke, in this round-up.

Who knows, maybe the firm will join the ranks of quoted contractors if recent comments by its chairman Ray O’Rourke come to pass. That he is mulling a succession plan (which he says has been ongoing since 2006, so he’s either taking his time or it’s not going brilliantly) is well known, but O’Rourke surprised many when he said the firm might float if it can make its manufacturing business look attractive. That might be the real succession plan.

But this bit of the business isn’t very attractive right now. Problems here helped send Laing O’Rourke further into the red last year with the firm plunging to a £242.7m loss from operations. In its annual report, the firm said it had racked up £43m of losses on three jobs carried out by its Design for Manufacture and Assembly (DfMA) business – the off-site arm of the company.

It then added: “These projects were substantially redesigned in order to demonstrate the benefits of DfMA. Significant lessons have been learned.” In other words, it does work, it’s just that it cost £43m to prove it works.

O’Rourke is promising revenues this year of £3bn and says this will rise to £4bn by 2020.

Whether Laing O’Rourke goes public is a moot point but its boss, explaining the huge losses racked up, admits: “We all know that when recession starts, our industry in particular enters a race to the bottom – regrettably Laing O’Rourke joined in.”

Balfour Beatty’s Leo Quinn would agree. Returning to the subject of risk, he says the firm made mistakes over what it bid for. “There was,” he says, “poor assessment of risk.” He mentions Balfour’s decision to turn down the chance to build a high-rise tower for Chinese developer Dalian Wanda in the Nine Elms area of south London, the bit of the capital where a forest of tower cranes pepper the skyline as the new US embassy acts as a catalyst for regeneration.

In many ways, what he has to say on Nine Elms could be read as a lesson to learn for his peers in the future. “On Nine Elms we got to the point where we couldn’t deliver the building in the timescale they wanted and the cost was higher than they wanted to pay. There wasn’t a meeting of minds and that is a good point to stop.”

It is this kind of sober judgment that the industry would do well to practise. After all, Brexit won’t stay far off for long.