Contractors' salary survey 2016: All to play for

Brexit uncertainty has put a brake on wage inflation among contractors, but the latest salary survey from Hays shows that the skills shortage and staff reluctance to switch jobs means opportunities are still out there. Joey Gardiner reports 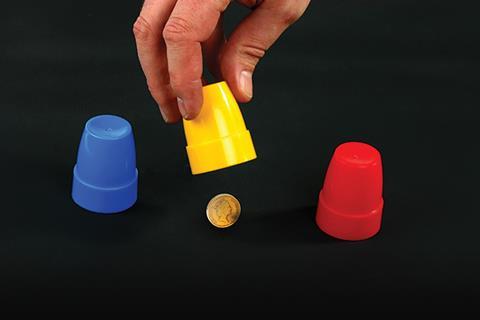 Along with the recent political turmoil in the UK, and now abroad, has come a period of unprecedented economic uncertainty. Thus far it is true to say the gloomiest forecasts of Remain campaigners in the UK have not been borne out. Surveys of construction purchasing managers indicate that confidence is low but new orders continue to grow. A huge division continues between Brexiteers who castigate economic negativity as the febrile propaganda of “Project Fear”, and those who say the pain is still heading at top speed towards us.

It should not therefore be a surprise that recruitment firm Hays’ latest annual contractor salary survey shows modest growth in wage levels for construction professionals after two years of rocketing salaries. The average wage growth of 3%, down from 5% last year and 7.4% the year before, was the lowest reported since the back end of the recession in 2013, but is double the average seen by Hays across all the industries it covers. Duncan Bullimore, director at Hays Construction, says: “My view is that it is business as usual – but with caution.”

Furthermore, Hays’ survey indicates that an unexpected side-effect of the economic uncertainty triggered by Brexit may actually be a tightening of the labour market as employees hold on to their existing roles. Rather than seeing good-quality staff becoming more available as current projects end, contractors may have to think ever more creatively to bring in staff while keeping costs manageable.

None of which means there will be no overall depressing effect on the construction labour market from the fall-out of the vote to leave the EU. The CITB last week published interim forecasts for the people requirements of the industry over the next five years, which found that reduced economic growth forecasts would cut the number of workers needed each year by a third to 31,000.

Gillian Econopouly, head of research at the CITB, says sectors such as repair and maintenance and commercial construction have been worst hit, so employment in the second half of 2016 may be lower than the first half.

“With new office blocks, clients are just pausing and waiting to see what happens,” she says. The reduction will be even more pronounced if big government infrastructure schemes such as Hinkley fail to proceed, she says.

With new office blocks, clients are just pausing and waiting to see what happens

The Hays data, based on the past year’s appointments and sentiment surveys conducted before and after the Brexit vote, already shows some of the impact of this.

The most obvious example is that the number of contractors planning to meet staffing requirements with temporary staff increased from 21% to 35% following the referendum. While most contractors are still planning to expand their teams, the proportion reduced, with the number planning to recruit permanent staff falling from 79% to 65%.

Bullimore says: “You expect to see an increase in the use of freelancers in a period of uncertainty and that’s what we’ve got in order to give businesses more agility as dynamics change.”

Anecdotally, the attitude contractors take to recruitment is also changing. Christian Moffatt, director of recruitment at construction firm Mace, says he understands that other contractors are being more cautious.

“Typically contractors will recruit great talent when it comes on to the market, come what may. Now I think they’re hiring solely against specific vacancies on jobs,” he says.

And where two years ago Hays was finding average annual salary increases of 10% plus in commercial roles, this year the biggest rises were 5%, for senior QSs and contract managers.

However, the attitude of contractors clearly depends on their specific workload and outlook. Moffatt says Mace, for example, has been boosted by the government’s recent green light for the Hinkley nuclear project and the conditional approval of Heathrow, on both of which it has significant roles.

“Immediately after June we made sure we were cautious in hiring. But luckily, with Heathrow and Hinkley, we’re as busy now recruiting as we’ve ever been,” he says.

Where firms are still staffing up, the traditionally hard to fill commercial roles of QSs, estimators, and contract managers remain the big pinch points, with these roles securing the highest salary rises. Andy Steele, chief executive of south-east regional contractor Osborne, says: “We struggle on quality of applicants on the commercial side – estimators, QSs, contract managers. It’s quality as much as availability, and there’s a hole in experience at the middle level caused by the previous downturn.”

And as the Farmer report made clear earlier this autumn, construction firms are aware that in the medium term demographic issues mean these shortages are only going to get more acute.

Furthermore, for those firms working on the most prestigious central London jobs, the salaries quoted by Hays are just a starting point.

Mace’s Moffatt says: “Specific salaries depend on experience. You can pay a premium for central London, and go higher for specialisms such as an M&E estimator. There are very few who’ve estimated jobs worth more than £200m. If you want all those things you can add another 30%-40% on the price.”

The counter-intuitive problem for contractors at the moment is that while there may be fewer jobs around, the economic uncertainty makes people less inclined to move to a new employer.

Hays’ survey finds 46% of those surveyed post-Brexit want to move jobs. While this may sound high, it should be compared with the big rise post-Brexit of those saying they are staying put despite not being confident of their career prospects at their current employer. Just 44% said they were confident about their career progression opportunities.

Osborne’s Steele says: “Whereas in a booming market people chase the money, in uncertain times people hunker down. This means getting the quality of people is going to be hard.”

Moffatt says this trend was exemplified by a recent recruitment process run by Mace in which the response from prospective candidates was 40% down on the response seen from an exactly equivalent exercise a year ago.

“We’re definitely finding candidates are being more cautious. It’s just a bit more difficult to prise people out of their current employment. While jobs on secured long-term contracts still attract people, it’s much harder to get people to move for, say, a 16-week fit-out job.”

Hays’ Bullimore says this candidate caution is making skills shortages worse than ever, despite the weakening outlook.

“Skills shortages are being exacerbated post-referendum. Large parts of the industry are still buoyant and there’s a large number of jobs, but it’s more difficult to prise candidates out. It’ll get more difficult for employers to get the people they need.”

Hence contractors are still having to be creative if they want to grow their businesses, and focus on making themselves attractive. Willmott Dixon’s White says the business is “continually looking at the benefits” it offers staff to make sure they’re competitive, and puts a lot of effort into staff engagement to keep people happy.

Osborne, says Steele, is increasingly looking at the possibility of bringing in people from other industries, recruiting by assessing their skills sets rather than their technical qualifications.

The firm has recently taken on people from the car industry, the finance sector – even a teacher. “He loves it,” says Steele. “Our industry is actually quite attractive to certain individuals who see the appeal of being given autonomy to effectively run their own business, which is what a site is.”

Similarly, White says Willmott Dixon is looking at setting up conversion courses to give training to people from other sectors to fill vacancies in areas such as estimating.

This complex dynamic means employees can continue to see salary rises despite all the economic uncertainty, and often significant uplifts for moving job.

Hays’ Bullimore says: “The impact of continued skills shortages will mean we avoid any form of wage stagnation – salary inflation is not going to get to zero.”

If you have the nerve, then, it’s still a pretty good time to be looking for a job in construction.

In spring 2016 Hays surveyed over 750 employees and 450 employers from contractor and multidisciplinary firms. A separate ‘pulse’ survey of 130 construction employers was carried out in September 2016, after the EU referendum, with responses from a mix of contractor, consultant and multidisciplinary firms. Salary data has been compiled using information gathered during 2016 from Hays offices across the UK, it is based on job listings, job offers and candidate registrations.