After months of campaigning, the time has finally come. As Building went to press this week, the country was on the verge of discovering which of the parties has had the greatest success in winning over the electorate - and, with an outright majority still looking unlikely, which leader would be in pole position to head the next government. Over the past three weeks, Building has published letters to the construction industry from party leaders Ed Miliband, Nick Clegg, Nigel Farage and Natalie Bennett, and from Eric Pickles, the Conservatives’ communities secretary. So now, it’s the industry’s turn to respond. Below, a host of company chiefs and heads of industry bodies from across the sector set out their messages to the prime minister - and their requests for which issues should be top of their list for action. 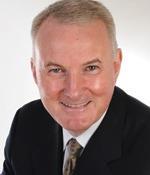 I would urge the new government to adopt a flexible approach to planning, to accelerate housebuilding and to build on the success of the National Infrastructure Plan with the delivery of the world-class infrastructure required so that the UK remains economically strong and internationally competitive.

Mapping infrastructure skills against a future pipeline that the market has confidence will be delivered will enable industry to commit to recruit, develop and maintain the skills needed to deliver the major projects of the future.

This will allow UK-based companies to take a lead role in delivering major infrastructure projects and help Britain secure its position on the global stage. We must avoid the lack of certainty and investment that would risk UK-based firms losing out to overseas consortiums or having to be satisfied with taking tier-two roles. As global infrastructure investment gathers pace, the UK’s export potential must not be eroded. 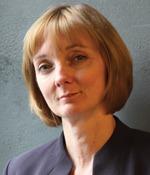 The CPA is asking all parties to recognise that construction, and particularly the construction products industry, supports and enables the entire economy. UK product manufacturers and distributors have an annual turnover of £47bn and directly provide jobs for 300,000 people across 20,000 companies. These products are essential to the supply chain’s success.
Our top priorities for any new government would provide industry with greater clarity around government policies and greater confidence to invest further in UK operations. First, government should offer clear, cross-party, long-term roadmaps for policy and infrastructure investment, as both must span more than five-year parliamentary cycles. Second, the government should consult early and often with industry and, when implemented, policies should not be subject to unplanned changes. Finally, the government must provide a level playing field against EU and global competitors, whether on energy prices, climate change legislation, corporation tax or business rates. 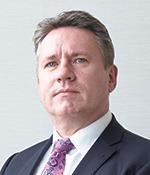 Now, more than ever, the construction industry needs stability. In the run-up to the election many firms were delaying spending decisions, but the most important thing for the industry now is having the clarity to move forward.

We need to see some firm commitments from the government, including greater public spending on construction projects, long-term stability in infrastructure planning, and greater investment in skills and training if the industry is to maintain its competitiveness.

While we’ve heard a lot about housing and energy infrastructure during the election campaign, other important areas such as health and education have been neglected. This needs to be addressed.

Equally, while the budget deficit has been a key battleground, construction is such an integral driver of the UK’s economic recovery that the government and industry now need to work together to instil greater confidence in both public and private sector investment and thereby reinvigorate delivery. 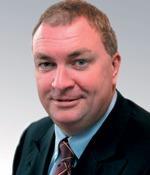 Throughout the campaign, all parties stated their ambition to increase housebuilding. To deliver those commitments, the new government now needs to work with the housebuilding industry - which will build the vast majority of those homes - to develop polices and create an environment within which it can deliver.

The industry worked closely with the coalition and the last Labour government to develop policies that were workable and led to the construction of more new homes. Help to Buy has played a huge part in the increase in output we have seen over the past two years and a continuation of support measures that help people to buy is absolutely key. If buyers can buy, builders can build.

We also need to see the new government continue to refine the National Planning Policy Framework (NPPF) so that it delivers more implementable permissions more quickly. Measures to assist smaller builders to get building and to cut red tape also require immediate focus. 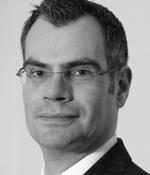 In 2010 Eric Pickles made an impassioned speech at his first major event as secretary of state for communities and local government and declared that the three main priorities for his department over the next five years would be “localism, localism and localism”. I want to see his successor, and other secretaries of state in the relevant government departments, declare their three main priorities to be “housing, housing and housing”.

Within that I urge them to pay equal attention to refurbishing our existing homes as they do to building new properties. Although I’ve been encouraged to hear all political parties beat the drum for new housebuilding during this election campaign, some parties have been deafeningly silent when it comes to retrofit. If the next government overlooks this important issue, it will fail to maximise the value of our existing homes and fall far short of meeting its looming carbon reduction targets. 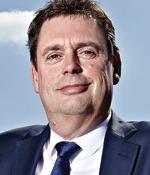 I would like to see whoever is in power make a concerted effort to address the UK’s chronic housing shortage.

The NPPF is working and should be strengthened further to encourage Local Authorities to bring forward developments and provide the housing their communities so desperately need. In particular, UK green belt restrictions need to be reviewed so the green belt becomes part of an ongoing approach to local plans, ensuring its scope and size is relevant when placed in the context of the needs of the local community. Positively, there appears to be broad consensus among the main political parties that boosting housing supply through more sustainable development is a key priority. I would be surprised if the next government did anything to undermine their election pledges by impeding the UK housebuilding industry’s ability to deliver this. 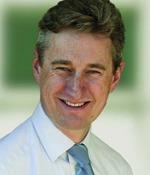 Once the new government is known, and I hope we get there quickly if we don’t have an outright majority, the same big issues will remain, such as meeting the housing shortage, building schools to meet an explosion in school place demand and creating infrastructure to facilitate new economic growth. All the parties made big pledges in their manifestos; they will look to our industry to deliver them. While the government remains our biggest client, the onus will be on us over the next parliament to continue finding new ways to be more efficient and sustainable. I think you will see huge movement in these areas over the next five years. 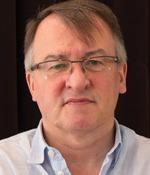 The next government faces a number of challenges across the built environment and we recognise that some tough decisions will have to be made on what to prioritise.

The decision to move architecture to the Department for Communities and Local Government presents an opportunity to put design at the heart of many of the key issues we face: resolving the housing crisis, improving the planning system and helping to tackle climate change. Alongside a focus on high-quality design across central government, the RIBA believes more power and resources should be devolved to councils to enable them to shape communities more effectively.

Furthermore, we need to develop a more holistic and longer-term approach to policy making. Too often over the last few decades we’ve tried to solve problems without thinking about the long-term impacts or how changes to one set of regulations will impact other areas. We look forward to hearing the new government’s long-term vision for the UK. 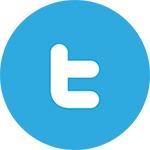 Back in September last year, Building profiled 14 new recruits as they started their careers in construction. As part of our ongoing project tracking their views on the industry they’ve joined, we asked them to tweet us what they thought the new government’s priorities should be:

To accelerate the number of good quality homes built per year, to tackle the housing crisis and alleviate pressure on the housing market
Emma Taylor, architectural assistant, Assael

To promote and support research and innovation for new technologies and advanced materials contributing to the rise of smart cities.
Sam McGuire, assistant cost manager, T&T

To create more apprenticeships and opportunities for young people to get into the industry, as we have a shortage of skilled labour
Euan Beaddie, management trainee, Willmott Dixon Housing