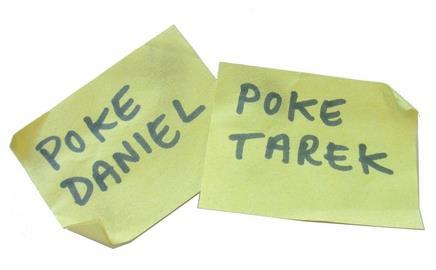 Although launched nearly three years ago, Facebook has in recent weeks overtaken Friends Reunited and MySpace as the UK’s biggest social website.

I’ve set up my account as Joseph Hansom. I’m sure the magazine’s esteemed founder won’t mind that I’ve nicked his identity for the day. Nor that I’ve knocked off 152 years from his age – Facebook won’t let anyone born before 1910 register, a slap in the face for centenarians everywhere. I pick

4 March 1966 as Joseph’s date of birth, the day that The Builder was renamed Building. Time to make some friends …

I search for an old pal of the mag, star architect Will Alsop. I don’t find him, but there is a group* dedicated to his work. One group member, Delia Beddis, writes of Alsop: “Anyone who can describe Barnsley as a Tuscan hill town has my vote. Also, I like the way he’s always just a little bit pissed.” These groups aren’t always so complimentary to great architects, as the “Anti-Norman Foster” page demonstrates.

Surprisingly, there are quite a few groups for quantity surveyors. The one simply entitled “Quantity Surveyors” was started by a recruitment consultant, offering a fee for any referrals. It doesn’t look like it’s working, however, as mostly QS students seem to be using it to ask other members for help with dissertations. Gloriously, one Daniel J Bishop has provided a link to a story on Building’s website – the one about the annual RICS under-35s dinner ending in drunken carnage and £1,700 of damages. I poke* Daniel and ask him to be Joseph’s friend.

I’ve found the real brown-nosers of Facebook: the Bovis Lend Lease crew. The group, “For all you die-hard Bovis trainees”, includes a discussion board loyally entitled “Lend Lease wins £4bn Olympic Village contract … Get in there!” Not much other excitement though – on 29 April, Tahla Timol asked the rest of the group where they are based and received only one reply: “Lancashire waste”.

A colleague tells me Tarek Merlin, the outspoken architect on our graduate advisory board, is on Facebook. Arguing that it’s his duty to the magazine, I ask him to be Joseph’s friend.

Yes! Hansom has a new best mate: Daniel, the QS who found the RICS dinner story so amusing. Now I have access to his profile, I can see he has worked at Laing O’Rourke since 2003 and is a member of the “Give America back to Queen Elizabeth II” group, gawd bless ’im. Browsing through his other groups, I see he also belongs to one set up by the RICS. Time to investigate …

The RICS’ group proves what an important hub Facebook has become for organising networking events. In January it had fewer than 50 members, but is now 633 strong. It organised social gatherings in February, March and May and even promoted a “surveyors sevens” rugby tournament in April. It is also hosting the Young Surveyors Ball in August. In light of what happened at the under-35’s dinner, one wall* poster has a point when she states: “Hope a smashing time is had by all (not too smashing, one hopes!)”

Now this wasn’t what I expected. The “I Don’t Need Sex – The School of Architecture Fucks Me All the Time” group isn’t as irreverent as it sounds. Okay, some young ladies and men of dubious virtue are discussing who to target in order to sleep their way to the top, but it also shows how architects can share knowledge in an informal way across the globe. Huddersfield Uni students offer advice to those in Illinois, members share views on what CAD programmes to use for sketches, while others give handy tips on what not to say to professors during a review.

Merlin becomes Joseph’s second friend. Unlocking his profile, I manage to navigate my way through several groups until I find one entitled “I like concrete”. Forty-five members share images of their favourite concrete forms, from Tokyo to Liverpool. It takes all sorts, I suppose.

Facebook is so addictive I have another look at Joseph’s profile after the weekend. He has gained another friend, Delia, the lady who was impressed by Alsop’s drinking habits. She turns out to be a graduate trainee at English Partnerships – and proof that just about anyone can become friends in this strange cyberworld.

To poke Hansom, register at www.facebook.com