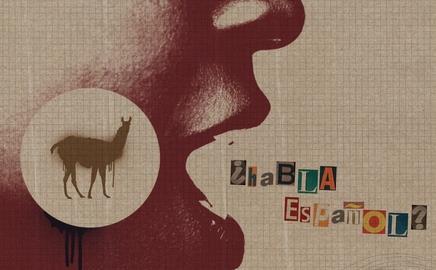 Last week we revealed the lucrative opportunities on offer in Mexico, but such gold can be found all over Latin America, where bullish governments spend billions on infrastructure. Katie Puckett presents a rough guide to working in the region – complete with language tips

Wanted: experienced construction professionals prepared to up sticks and relocate to a warm climate with a decent salary and some very big projects … One catch: you have to speak Spanish or Portuguese.

This is the challenge UK companies are facing in Latin America. It’s a vast and diverse market united by two things – the language, and the ardour of the region’s major governments to embrace infrastructure projects as a tool to boost their fast-growing economies. This means many opportunities for UK firms – if only they could find enough people to take them up.

Risk manager Hill International has been involved in infrastructure projects in Argentina, Brazil, Peru and Mexico, and senior vice president David Price says he’s always looking for experienced people who can speak the language. “That’s the biggest issue. There is definitely an opportunity there if people want it – there’s a lot of business in Latin America – but it’s only open to Spanish or Portuguese speakers.”

The possibilities of the Latin American market really are quite dazzling – if you believe government hype anyway. The region stretches from the Gulf of Mexico in the north to Cape Horn in the south and includes a handful of states in the Caribbean as well. Brazil and Mexico are the main markets, ahead of Argentina and Chile, and both had planned major economy-stimulating infrastructure programmes before the global recession took hold. And though progress has inevitably slowed, particularly on projects that rely on private funding, both governments are still willing and able to go ahead.

David Howell is the author of several recent reports on these markets for UK Trade & Investment, the government body that promotes British companies overseas. “Mexico and Brazil have been feeling the effects of the credit squeeze, but not to the extent that we have here,” he says.

“Compared to the UK, they’re probably holding up better.”

In Brazil, for example, regional PFI infrastructure schemes will be slower to get off the ground than before the downturn, but there is plenty of work at a national level that is not relying on outside money. It’s a vast country, 40 times the size of the UK, with the 10th largest economy in the world. In 2007, the level of inward investment reached $35bn (£24bn), almost double the previous year. The government’s growth acceleration programme – or, if you want to practice the lingo, Programa de Aceleração do Crescimento – aims to help Brazil catch up with its fellow BRIC emerging economies of Russia, India and China. The programme runs from 2007 until 2010 and will spend $231bn on social and transport infrastructure and energy-related projects. Already, it seems to have had an effect – in the second quarter of 2008, civil engineering activity was 10% higher than for the same period in 2007. The spending doesn’t stop there, however. There’s a National Plan for Logistics and Transportation, with a budget of $79bn up to 2023, an ongoing need to provide housing for a growing population and the 2014 Soccer World Cup to prepare for. Brazil is also bidding to host the Olympics in 2016.

The Brazilian government is certainly still sounding bullish. In mid-March, President Luiz Inácio Lula da Silva told an investor conference in New York that, despite a brief recession, he expected growth to resume later in the year: “We will grow in 2009 less than what we would like, less than we could grow if there were no external crisis. But we will grow,” he said.

Neither is the Mexican government putting the brakes on, even though the economy is expected to shrink slightly this year, due to its high dependence on exports to the US. Not to be outdone, it has its own National Infrastructure Programme for 2007-2012 with an overall budget of $226bn, and the government aims to speed up planned spending on public works and cut red tape to counter the downturn. But despite its best intentions, many of the country’s infrastructure projects were relying on the PPP model and a major port project, the Punta Colonet, on the Pacific coast has already been postponed.

As Howell sees it, a slowdown in Latin America is actually an advantage for both UK companies and individuals wishing to move there. “A bit of breathing space is a good thing. It’s always difficult to go into a new market when it’s running full speed ahead. This gives people an opportunity for people to go and look at the market a bit more closely, decide where they want to be, and get everything in place.”

Consultants working in the region are also optimistic: “Projects are still going ahead, there are very few that have been cancelled so far,” says Santiago Klein, McBains Cooper International’s Argentinean-born, but UK-based managing director. “There is a seriously strong pipeline of projects. The main challenge is not the political commitment but the public sector capacity and whether they have enough staff to take all this ahead.”

But to get a look in at any of this, there’s that issue of language. Unlike Middle and Far Eastern expat hubs that have adopted English as the language of commerce, in Latin America, Spanish – or in Brazil, Portuguese – is essential. Even where the main contract may be translated into English, at the request of a US or European funder for example, the subcontracts will invariably be in Spanish. In any case, you’ll also be dealing with local firms who may not speak English at all.

“It would be a problem to try and get by with just ‘dos cervezas por favor’,” says Klein. “If you’re a good professional, everyone will be easy on you for the first six months until you learn the language, but if you want to work in this environment, you simply have to speak Spanish.”

There is a seriously strong pipeline of projects. The main challenge is whether they have enough staff

The British are notorious monoglots, which gives anyone who can speak another language a crucial advantage. “Generally around the world there is respect for the British-trained professional,” says Price, “but unless the contract language is English then you’ve got a major problem.” He suggests that Brits who’ve worked for one of the globetrotting Spanish contractors elsewhere would probably have picked up enough to get started. So if you do want to forge a career in the region, taking a job at a Spanish firm would be a good first step.

Working in Latin America has much to recommend it, particularly as opportunities for expats dry up elsewhere in the world. Salaries in the major centres are comparable with UK levels, and the standard of living available is generally higher, though you should take a close look at local employment law and tax regulations before signing anything. Unless you’re very familiar with the market, it would be simpler to apply to UK or US firms working in the region, or use any contacts you have in French or Spanish companies out there, than approach local firms directly.

There are several areas where UK professionals could add value to projects. But Howell stresses that there can be a reluctance, particularly in Brazil, to rely on foreign expertise, and that professionals will need to be very clear about what they can offer that’s not available locally. Project management and cost management are particularly lacking, he says. “These countries have developed quickly, and they’ve gone through quite difficult periods when there weren’t that many projects around. In terms of being able to deliver projects on time and on budget, they do have a problem – though they may not accept it.”

“There’s a real need to increase efficiencies in both construction and operations,” agrees Klein. “It’s a major concern for both local and European companies working in Latin America. One area where UK professionals can really add value and make a difference is in offering QS skills. A good cost manager will always be highly regarded and very well paid. Whatever’s common in the UK is unusual in Latin America – that’s something that UK professionals can build on.”

Facilities management staff are also in demand, he says. “People with a good understanding of the operations of highly complex projects can easily find work and opportunities in the region, especially in the healthcare and education sectors. Someone who understands how to run a hospital or a university campus should find it quite easy to get a good job in Mexico or Peru. In fact, if you know of someone, give me a ring …”

UK professionals could also take advantage of the local working culture, Klein adds. “There are certain givens in the UK that are not givens here. In the UK, you can ask someone, ‘Can I have these by such and such a day’, and then forget about it, and you will either receive them on the day or they will say, ‘I can’t make it, give me a couple more days’. That’s not the case in Latin America. It’s more informal, perhaps. Sometimes they will not achieve the deadline and will try to hide it. But that gives an excellent opportunity to the UK professional because there is a need to improve efficiency.”

But it would be a mistake to underestimate the sophistication of the market or the expertise of local staff, particularly on the engineering side. Richard Davies is regional director for Central and South America for Hatch Mott MacDonald. “Engineering courses are very good, so you have to have something special to offer because the local expertise is high. What they lack is worldwide experience.” Hatch Mott MacDonald, for example, is a tunnelling specialist, a niche expertise that gave it an in with CODELCO, Chile’s national copper mining company.

Another very good reason to build up a bit of experience before you go is that, while salaries for established professionals are commensurate with UK rates, recent graduates would earn considerably less. “It’s a very hierarchical social system,” explains Davies. “People at the top get paid well but they climb up there from a low base. It’s probably more sensible for people with at least 10 years’ experience to go.”

Davies has worked all over the region, and lived in Santiago in Chile for three years before moving to California, and firmly believes that if you are planning on working in Latin America, you have to make it clear that you’re there to stay – for a while, at least. Expats hoping to make a quick buck and a swift exit should look elsewhere.

“You can’t dabble in these countries, you have to make a commitment. Why should they employ people who might be gone tomorrow? The benefit is the experience of living there. It is just a beautiful place.”

One you won’t hear too often

One you will hear sometimes

One you will hear all the time

For the latest jobs in the region visit here.