In my day: Industry greats reminisce about their schooldays 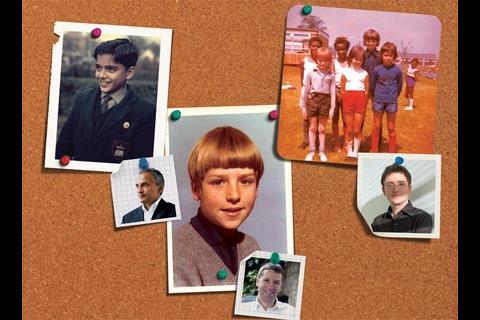 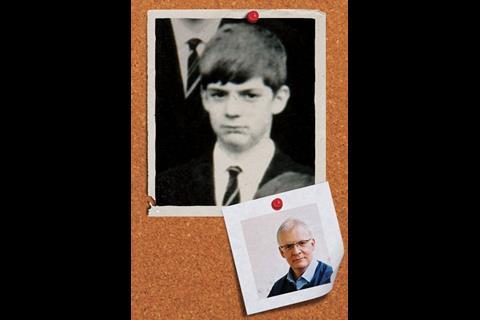 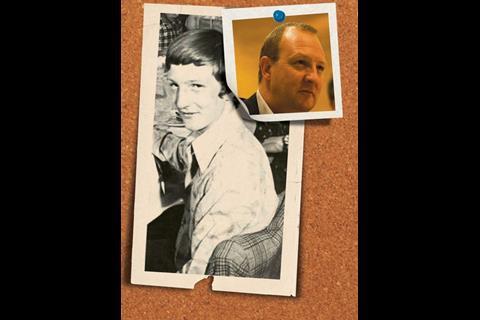 These tykes grew up to become pillars of the construction community – despite the overheated classrooms and endless dark corridors. So how would they redesign those grim sixties cellblocks they called ‘school’?

What was the worst design feature of your old school?
My secondary school’s endless corridors with no natural light.

How would you redesign it now?
I think I would rebuild it around the site perimeter with the playground as a courtyard in the centre giving it a heart. At the moment it is one long block at the edge of the site and a scattering of other buildings, with the playground taking up the leftover spaces.

Who was your favourite teacher and why?
My geography teacher, Mr Morris, whom I found inspiring.

Who was your favourite teacher and why?
My geography teacher, Mr Morris, whom I found inspiring.

What was your worst subject?
It had to be chemistry – I couldn’t understand it!

What was the worst design feature of your school?
At secondary school, the device in the kitchen that enabled them to boil eggs for 500 kids where the yellow bit was hard and the white runny. I didn’t always like school food.

How would you improve it?
I can bear witness to the fact that they have improved, as my son attended the school and they have a fantastic school restaurant – not a canteen! It’s a delight to go there.

Worst subject?
Latin. I found it easy in the first year, then switched off and messed about for the second and third, then found years four and five and the GCSE impossible. The deputy head, Jim Eggleshaw, gave me personal coaching at lunchtime.

What was the worst feature of your school’s design?
The toilet block in my secondary school.

How would you improve it?
By dispersing the toilets and making them self-contained.

Worst subject?
Chemistry – the teacher obviously did not like young people’s tendency to be young.

Favourite teacher?
Anant Dada at my primary school, who would do absurdly see-through magic tricks, even made decimal points interesting, and had enviable biceps.

What was the worst feature of your school’s design?
Ermysted’s grammar school was an accretion of buildings dating back several decades and it is difficult to know where to start. Probably the dining area, or as it was called then, the canteen.

How would you improve it?
No small amount of refurbishment would solve that problem. It needs a full redevelopment. I suggest starting with a masterplan with a rigorous analysis of the constraints and opportunities that the site presents – looks like I am talking myself into a job.

Worst subject?
Chemistry – it was unfathomable to me, and the laboratory had a mysterious smell …

Favourite teacher?
Tricky … I think it would have to be Mr Evans, deputy head and head of physics, for his love of the Van de Graaff generator.

What was the worst feature of your school’s design?
At Park Hall there was lots of single glazing so it overheated in the summer and was cold in the winter.

How would you improve it?
I’d like to see designers become more aware of building orientation and for solar shading devices not to be value-engineered out.

Favourite teacher?
Mrs Miller, my English teacher. She gave me a camera and taught me about photography, which inspired my career in design.

Original print headline - In my day