In times of famine 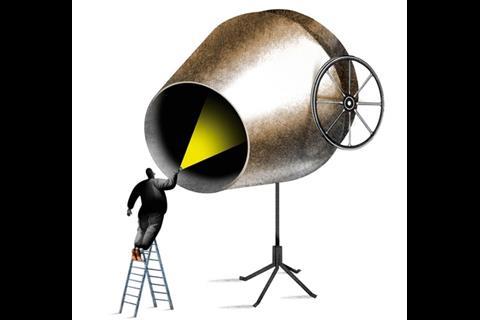 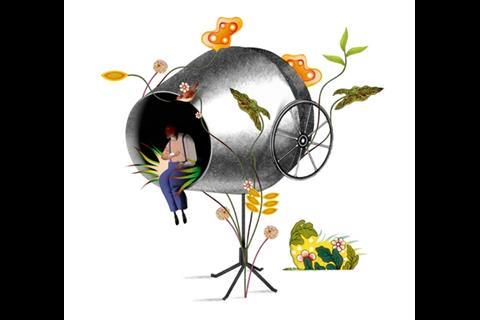 A lot of important information is traded over the UK’s garden fences. This summer however, the most important message concerns the fences themselves – or rather, the lack of them. Up and down the land, people are returning from DIY stores empty handed, or with their wallets considerably emptier than anticipated. “I’m having some fencing work done at home,” grumbles Brendan Morahan, a director at Taylor Woodrow, “and my fencer told me last night it was going to cost £150 more.”

The price of a standard 6 × 6ft panel has quadrupled to £80, and inflation on wood products has hit 13%, its highest level since the last recession. Lead times are also on the rise – Building’s editor was told she’d have to wait five weeks for a set of fence panels. Meanwhile, a friend reports an altercation with a neighbour who couldn’t believe it could take five months to replace a fence blown down in January.

Whether you blame the widespread damage during the January hurricanes, a rush on wooden decking outside pubs to prepare for the smoking ban, poor harvests in northern Europe, building booms in China or Dubai or a combination of all of these, the fence famine is a sign of worse things to come. The construction materials market is volatile and the UK, increasingly dependent on a network of global suppliers, is at the mercy of unpredictable forces. Getting together the materials to begin a job, at the right price, is one of the biggest headaches that contractors are facing.

David Crampton, construction director at Shepherd Construction, says predicting inflation for tenders is becoming harder to judge. “It’s becoming more unpredictable. Some of the supply chain are heavily exposed to this, especially if they’re using one particular material like steel. Contractors can find themselves in a position where subcontractors are excluding the effects of inflation from their bids.”

One person who is publicly struggling with this is Tessa Jowell, the secretary of state in charge of the construction budget for the Olympics. She blamed steel price inflation for doubling the construction cost of the Games to £5.3bn, and adding a £2.7bn contingency.

Analysts first started fretting over the “China effect” on steel prices in 2004, as demand increased 20% a year. Prices have rocketed this year, as structural steel that would usually be imported to the UK from Europe is being swallowed by a continent-wide building boom. DTI figures say fabricated structural steel prices rose by 25% between January 2006 and April 2007.

Corus, Europe’s second largest steel producer, put the price of structural steel up five times last year, a total rise of £150 per tonne, and twice more this year. The latest hike, which comes in on 1 July, will take it to between £920 and 1,000 a tonne. Although it promises to freeze prices after that, it’s hard to see them coming down with demand all over the globe only set to grow.

A US report last month forecast that China’s construction spend would increase by nearly 9% every year up to 2011; the Indian government is a year into a five-year infrastructure programme worth £96bn. Meanwhile, £22bn of foreign investment poured into the former communist states of eastern Europe in 2006, and much of it is going to fuel a building boom.

It will get harder. There isn’t even that much of a demand yet and we’re getting lead-in problems.

The latest panic concerns reinforcement bars – or “rebar” – made from scrap metal. The market has always been unstable, but so far there has been a rise every month this year, and DTI figures show a 34% price increase since January 2006.

It’s not just the global construction market that UK firms are competing in. Stainless steel, for example, is used for anything from cars to cutlery and a worldwide shortage of nickel has sent the price soaring – by up to 150%, depending on the grade of material, since January 2006. Back then, nickel cost £7,000 per tonne. It peaked last month at £27,000, before falling sharply to £21,000.

Last October, energy supplier EDF blamed rising aluminium prices for its longer lead times on cabling, which are adding to the customary delays on projects waiting to be connected to the utilities.

It’s a bit like chaos theory, the merest flutter of a butterfly’s wing in one corner of the globe sets off a hurricane in another. An industrial dispute in a mine in Chile, coupled with random trader action somewhere else, can send the price of copper soaring and lead to worldwide shortages. Result: projects across the UK lie half-finished for the want of infrastructure cabling. Copper prices peaked in July 2006 at just above £4,000 per tonne, fell steadily to £2,600 in early February 2007, surged back to £4,200 in May and now stands at £3,900.

Tony Giddings, the construction director at developer Argent, was dismayed when copper prices surged just as he came to let the contracts for the copper cladding on a building in Manchester.

“There’s been a massive increase in materials costs in particular sectors, and it hurts. We could have reconsidered using copper cladding but, at the end of the day, you’ve just been through the whole planning and marketing process, and a rethink has ramifications in other ways. You just have to bite the bullet and pay the money – go with the flow,” he says resignedly.

Right now, cement supplies are the biggest worry for builders in the Midlands, after Lafarge – one of the industry’s big four suppliers – began rationing supplies from its plants at Hope, Cauldon and Dunbar in the Midlands. A spokesperson says the unseasonably mild winter meant projects could go ahead earlier, which spiked demand by 8% in March, 10% in April, and in the South-east, 14% between January and March. UK production couldn’t meet demand and it’s having to look further afield to import the component materials. This year it’s already imported 100,000 tonnes of clinker, the main ingredient, from all over Europe and beyond.

“There aren’t huge amounts of cement available on the Continent,” says the spokesperson. Lafarge’s main focus is developing two terminals on the Kent coast to process just over a million tonnes of cement every year. However, this will only match the output from its Northfleet plant in Kent, which is closing next year. Lafarge is also investing £20m in a rail line from its Hope works to supply the South-east.

The effect of this scarcity has rebounded down the supply chain, hitting prices and lead times for concrete products. The Construction Products Association says prices rose by 9.5% in the year to April 2007. In the previous year, the rise was only 3.1%.

Steve Hawthorne, construction director at Como, a subsidiary of Mace, says waiting times for concrete blocks have gone from two weeks to six. “They’re difficult to get hold of. Lightweight hollowcore concrete floors have gone from one week to three,” he says. “We’re having to import a large proportion of raw materials that would have been produced in Britain, and with a buoyant construction market, a lot of people are looking for them.”

“It will definitely get harder,” he predicts. “The whole world’s starting to build. There isn’t even that much of a demand yet and we’re already getting lead-in problems.”

Worldwide demand is a big and growing influence on availability and pricing in the UK, but there are a host of other factors that may conspire to delay programmes and inflate costs. The price of float glass has risen 40% over the past six months. If curtain walling wasn’t hard enough to get hold of before, with only a handful of firms capable of serving the biggest projects, glass price rises haven’t helped at all. Market analysts put it down to unfortunate happenstance – a number of glass factories all chose the same time to shut down for routine maintenance.

Then there’s the caprice of fashion. Never mind that timber demand is high worldwide, in the UK the vogue is for eco-style timber cladding and garden decking. David Crampton at Shepherd says company policy to use only wood from sustainable sources means it will have to pay higher prices for a more select supply.

With such heavy reliance on imports, the outlook is not bright for the UK. The global cement industry, for example, is currently running at a capacity utilisation rate of 85% and Mike Betts, a global building analyst at JP Morgan Chase, expects it will rise to 92% this year. “That is really not going to be sufficient, you’re going to see some shortages when you’re at that level.”

Even as that number drops, it won’t necessarily make UK supplies more certain, he warns, and importing them inevitably means cost and time increases. “The global cement industry is short at the moment, but capacity is under construction. It will be okay in the future, but construction is in Asia and Europe, not in the UK. In the next couple of years, we expect that number to drop 5%, but it will get worse in the UK because the Northfleet plant is going to close.”

So no good news there either. In an increasingly uncertain world, the UK seems destined to become a smaller, less significant player. Our economy will be dwarfed by developing world giants and held to ransom by the whims of resource rich provinces in eastern Europe and the unpredictable Russia. It’s also hard to ignore the fact that our troubles are often caused by one great power that nobody can negotiate with – the weather. And we all know that if there’s one thing that isn’t likely to get any more stable in the near future, it’s the climate.

Thank you to Peter Fordham of Davis Langdon for cost information

Are we really facing a materials famine? Email us with your experiences at building@cmpi.biz or follow the “What you think” link