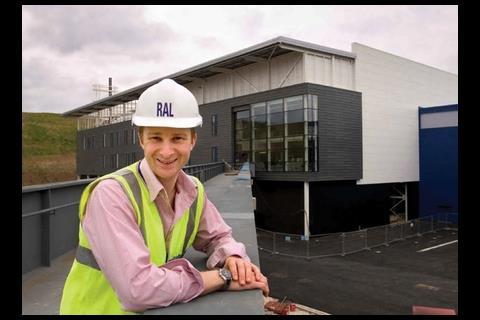 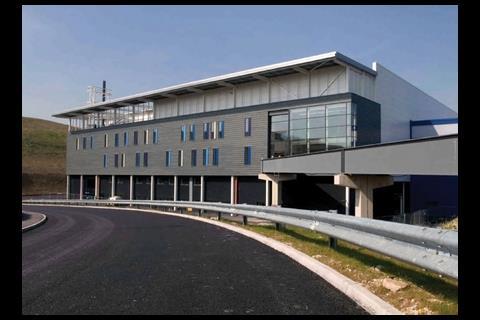 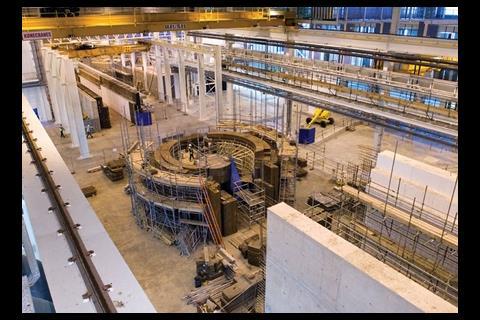 The monolith housing the tungsten target, which changes protons to neutrons 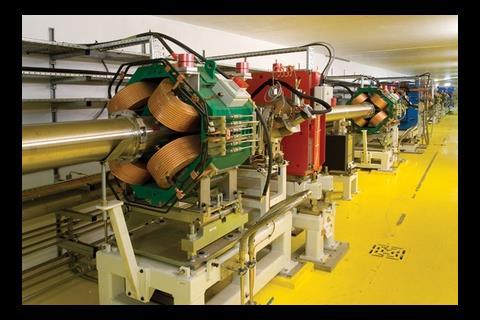 The proton tube inside its heavily shielded tunnel. The green disc houses the magnets used to direct the proton beam 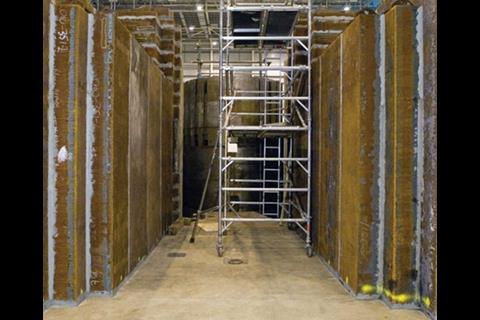 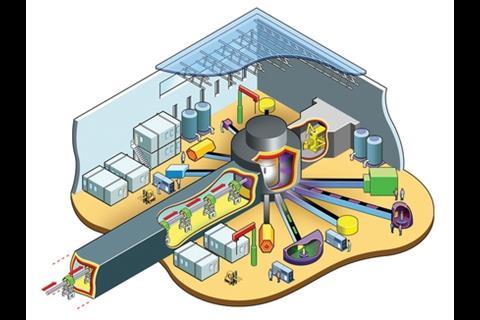 What do memory chips, headache tablets and shampoo have in common? The answer, of course, is that they have all had a pulsed beam of neutrons fired at them in a small laboratory in south Oxfordshire.

The Isis research facility specialises in the more microscopic end of science by analysing the way that neutrons are scattered by an object in order to gain greater understanding of its structure. Take the shampoo, for instance. A manufacturer saved £6m a year after Isis’ neutron beam proved that a key ingredient could be heated to a lower temperature and for less time for the same end result. No wonder the research facility is so popular it can only meet half of the demand for its services.

To increase capacity, Isis has commissioned a second building on its site at the Rutherford Appleton laboratory, the south Oxfordshire science park where the equally cutting-edge £300m Diamond light source super-microscope facility was recently completed. The government, impressed with Isis’ work in fields such as medicine, is putting £140m into the project, the largest ever single government investment in science.

Even with that level of investment, building a home for a neutron beam is no easy matter. Ironically for a device that can see things 10,000 times smaller than the hairs on your head, a massive and extremely heavy building is required. The beams need levels of shielding similar to a nuclear power station. The tunnel that the beam travels down uses 23,000 tonnes of steel and 3,000 tonnes of concrete in its construction and the monolith, the area containing the “target station”, contains a further 7,000 tonnes of concrete and steel (see “How it works” box). And just to make things more interesting, mixed in with the heavyweight stuff is equipment that has to be work at incredibly tight tolerances or the whole facility will fail.

The man charged with overseeing all this is project manager Jonathan Carkeet of chartered surveyor Edwards Partnership.

“The approach, the procurement, everything about it is unique,” he says with mild understatement. “We have a standing joke on the team where we ask new people if they have built one before. Of course, the answer is no.”

He adds that the project is further complicated by the need to keep up with changes in scientific understanding. “Traditionally you take a design, build it and there it is,” he says. “With science it is not like that as there is constant change. If they come along and ask you to insert the latest widget, you have to do that. You have to be very flexible as you’re pushing the boundaries of science.”

Carkeet adopted a two-stage approach in order to construct the building economically, minimise risk, yet retain that all-important flexibility. The relatively straightforward shell and core of the building was erected using a traditional lump-sum contract by Costain. But the crucial, and highly bespoke, fit-out required an equally tailored procurement route, which amounted to a kind of construction management with a twist.

The construction of the shell and core was a story of pure brawn. The first task, undertaken in the summer of 2003, was, rather unusually, to move a chalk hill. Because the facility was in an area of outstanding natural beauty, the hill could not simply be flattened, so 750,000 tonnes of chalk was shifted 100m. Incredibly, this solution was cheaper than using piled foundations: all the heavy shielding in the building meant the floor slab had to take the abnormally high loading of 50 tonnes per m2, 10 times that of a commercial office building. Founding the slab on solid ground was the cheapest option.

If they ask you to insert the latest widget, you have to do that. You have to be flexible as you’re pushing the boundaries of science

The 80 × 90m slab was cast without any joints, as the weight of the building coupled with the risk of differential movement could cause a conventionally cast slab with sections to move at the joints. The slab was also designed to bend without breaking – it was cast flat but has deflected downwards in the middle due to the weight of the shielding on the tunnel and the monolith.

The building’s steel frame was also beefed up – it contains double the amount of steel of a normal building. The long lead-in time needed to fabricate the frame meant the client had to procure this element before awarding the main contract.

To round things off, a forest of 18,000 trees was planted to reassure the planners that the area would remain one of outstanding natural beauty.

After the shell and core was completed, attention turned to the fit-out. Carkeet says the only way to procure this was to use construction management. “How could you go to someone and ask them to build a proton tunnel on a lump-sum contract?” he asks, rhetorically. Initially, Carkeet considered companies traditionally associated with construction management such as Mace, Bovis and Schal, but ruled them out because of the specialised nature of the project and the very close tolerances involved (±0.05mm). “We thought it was beyond their expertise,” he says.

Instead Carkeet chose engineering and support specialist Alstec. “Through the tender process we found a lot of synergy with Alstec as it had an understanding of a client whose needs constantly change and a completely non-adversarial approach, plus experience of nuclear,” says Carkeet. He spent a lot of time choosing an appropriate contract; eventually plumping for the collaboration friendly NEC3 form.

Under this contract, packages are let to specialists. But Carkeet retains a directly employed labour force of between 45-50 employees to deal with changes. “If the client comes in and asks for a change, we just divert the labour,” he says. It’s much cheaper too, as Carkeet doesn’t have to pay expensive day work rates to the specialists.

Some of the changes can be quite major. For example, a new type of instrument came in 300mm higher than had been envisaged so the floor of one of the adjacent offices had to be raised 300mm. Not only did a thicker slab have to be cast, it had a knock-on effect on the previously installed services in the office. These had to be raised to create enough headroom. Carkeet admits that this flexibility has led to demolition in some instances. “I can’t say it hasn’t happened …”

Getting specialists to fully understand what they were taking on has also been important in keeping costs under control. For example, the complex, faceted concrete around the monolith required highly precise placement. This resulted in very high tenders for the work. “People will put in a lot of risk money if they don’t know what they are tendering for,” says Carkeet. The solution was to hold workshops with the specialists to explain exactly what it was they were being asked to do, and to precisely identify the risks. By clearly understanding the real risks, specialists could put in more realistic prices.

Up until now, Carkeet’s approach seems to be working, as he says the project is on time and on budget. The proton tunnel is finished and the first proton beam should hit the completed target next month. At the end of this year the first “instruments” (areas where experiments are carried out) will be tested, and seven installed by June. There is capacity for a total of 18 instruments – if the money can be found for them. Experiments start in earnest in October 2008, which should mean smaller memory chips, better pills and, presumably, frothier shampoo.

Article appeared in Building magazine as “The pretty little subatomic particle you’re looking at is 10,000 times smaller than a human hair. But to study it, scientists needed a shed made of 10,000 tonnes of concrete and 23,000 tonnes of steel, loaded 10 times heavier than an office building ”