Our Building a Better Brexit campaign asked over 2,000 construction professionals what could make leaving the EU work for them. Here, as we launch the manifesto, Chloë McCulloch reports on what the industry wants from the government - and what it needs to offer in return 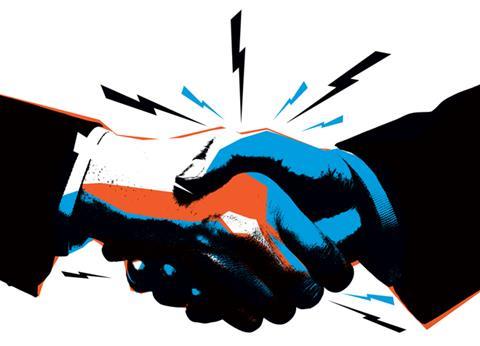 Building launched its Building a Better Brexit campaign back in January to draw attention to the particular needs of the construction industry under a Brexit deal, and its vital role in the post-Brexit economy. The possible economic consequences of Brexit were hinted at in last week’s Budget, when the chancellor was forced to downgrade his growth forecasts from 2018. According to the Office of Budget Responsibility the UK economy is now expected to grow at a slower rate than before the referendum, and this lower growth rate will continue through the withdrawal process and beyond.

In the week parliament passed the Brexit bill allowing the prime minister to trigger formal talks to leave the EU, this is worrying news for the construction industry, which is one of the first sectors to feel the effects of any economic slowdown. We know from our campaign’s reader survey, which questioned more than 2,000 readers, that the majority of professionals working in the construction industry have significant concerns about the impact of Brexit on costs, resources and the sector’s ability to deliver the housing and infrastructure the country needs.

In conjunction with the survey, we have carried out some qualitative research – talking to a range of professionals across the industry to gauge their mood. From these discussions it is clear that many in construction feel the industry cannot ask for government intervention without offering something in return. Many people pointed out that the job of ensuring Brexit works for construction is not just the responsibility of government – industry and government have to work together. This view is backed up by last month’s modern industrial strategy green paper, which stated that government would only work with those sectors that were willing to help themselves, describing the strategy as “an open call to business to organise behind strong leadership to address shared challenges and opportunities”.

The case for construction putting its own house in order was powerfully made by Mark Farmer’s report, Modernise or Die, last October. In it, he adopted the analogy of construction as an ailing patient with symptoms ranging from low productivity to a bad public image. He called for swift and far-reaching reform in order to address the skills crisis, pointing out that 700,000 new workers will be needed in five years to replace those retiring. His report was also scathing about the level of training in construction, highlighting that only agriculture has a lower proportion of employers engaged in training.

In short, the feedback from our campaign has been that industry and government need to work together to create the conditions under Brexit in which construction can continue to operate and even hope to thrive. And to this end, we are this week launching the next phase of our campaign: a manifesto of recommendations for government, based on the outcomes of our reader survey, and some key pledges that we are asking readers to commit to in return. Taken together, the measures are designed to help the industry – and the country – be successful during the transition period and well beyond our exit from the EU.

Construction is calling on government to implement the following:

And in return the construction industry pledges to improve its performance in the following areas:

The launch of Building’s manifesto has already received backing from construction heavyweights, including KPMG, Mace, Arcadis, Gleeds Worldwide, as well as Mark Farmer, author of the industry report, Modernise or Die, and Jack Pringle, managing director EMEA at Perkins+Will. To add your name to our list of supporters, see the box, below left.

“The government has said that they want to prioritise construction through their apparent investment in infrastructure but do not appear to support constructors in terms of recognising their influence as a key touchstone sector during Brexit negotiations. The Building Brexit manifesto is a shopping list which has all the key elements to safeguard our future as an effective and vital part of the economy. They ignore it at their peril.”

“I very much welcome the initiative taken by Building to identify a path to the success of our industry in a post-Brexit world. The clamour of voices around government will grow ever louder. Only by being clear and consistent about what we need from government, and sincere in what we offer in return, can we hope for our industry to have the influence it deserves.”

“Brexit is our defining economic event of this decade and beyond. The government has to grasp the importance of the construction industry to the UK’s future and prioritise protecting its interests.”

“Brexit will undoubtedly bring some major challenges to construction that can only be dealt with by working together as an industry and with government. If we together grasp the opportunity to change the industry as a result of Brexit, then there could be some very positive outcomes for construction. However, if we do nothing, then there are real risks to the future capability of the industry.”

“The Building a Better Brexit campaign is an important part of making sure that the construction industry’s voice is heard loud and clear in the upcoming negotiations. Brexit could have a profound and disruptive effect on the capacity and performance of the industry throughout the UK, but especially in London. “An intelligent deal needs to protect against the immediate risk of Brexit-related resource erosion while allowing the industry to concentrate on addressing its ultimate challenges of structural modernisation and productivity improvement which should progressively reduce reliance on migrant labour. This compromise should also form the backbone of construction’s industrial strategy ‘sector response’ to government.”

“Construction is absolutely critical to the future of the UK economy. It should be at the forefront of the government’s mind during the upcoming Brexit negotiations and while further developing its industrial strategy. Construction is one of the country’s largest employers and can play an important role in boosting productivity.”