Peter Baker: meet the man who must ensure no repeat of Grenfell

As the Building Safety Bill is announced, we republish our interview with the new chief inspector of buildings who is overseeing the new building safety regulator 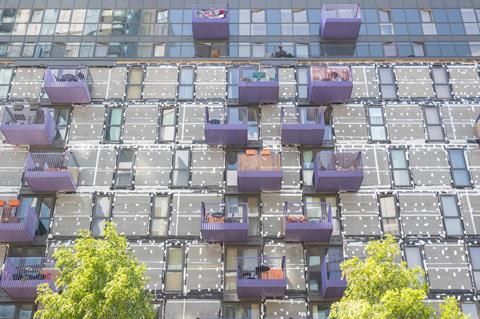 Recladding work under way on an apartment block in Stratford, east London. Tall residential buildings will come under the auspices of the BSR when it is up running in 2023

This week’s publication of the Building Safety Bill confirms the government’s intention to set up the new building safety regulator - headed up by Peter Baker. Here’s our interview with him about the challenges ahead, first published in March this year.

The new regulatory regime to improve the safety of tall residential buildings is the biggest shake-up of building safety in 40 years and Peter Baker, the new chief inspector of buildings, has the mammoth task of setting up the regulator.

The building safety regulator (BSR) will oversee the drafting of new building regulations and ensure that the industry complies with them. It also will check that high-rise residential buildings are safe on handover and during occupation.

The building safety regulator will also be responsible for ensuring that those working on high-rise residential buildings are suitably competent and qualified to do so.

Baker is a Health and Safety Executive veteran with over 30 years’ experience. The BSR is being established within the HSE; an organisation best known for focusing on the safety of workers rather than buildings.

According to Baker, this is because of the HSE’s close involvement in developing the new building safety regime; after all its former chair, Dame Judith Hackitt, wrote the report that underpins the building safety bill that will enshrine the new regulatory regime in legislation.

The HSE’s regulatory experience, including developing safety case regimes, is also be a key factor. “I think everyone recognises the synergies and links with the new legislative framework and what the HSE does, so it made sense that the BSR should be in HSE,” Baker explains.

Although the BSR will benefit from the HSE’s experience and resources, it is being set up from scratch. Baker says there are three main parts to this task: setting up internal processes, recruiting staff and engaging with the industry to make it aware of what is coming down the tracks. 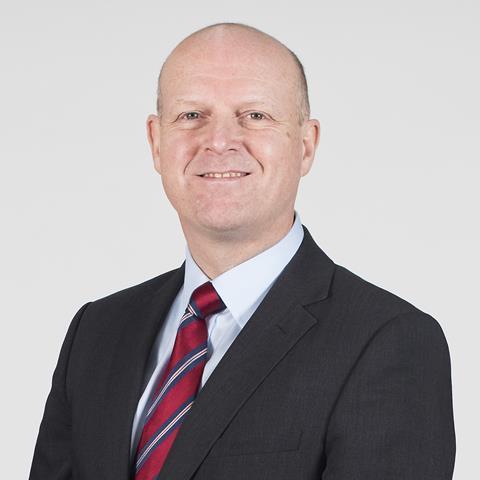 Peter Baker has 30 years’ experience in the industry

The internal processes include operational policies, procedures, systems, digital components and case management systems, some of which will be based on existing HSE procedures. “These will need to be adapted and, to some extent, built from scratch because this is a very different and new role from what HSE has been involved with,” explains Baker. “That is a large component which is significant, as you can imagine.”

The new man in charge says the BSR will have recruited about 700 staff by the time it is fully operational. “We are recruiting at the moment to develop the systems and what needs to be in place, but ultimately we will move on to recruiting the people to deliver the functions themselves.”

This second phase of recruitment will be staged because the Building Safety Bill will take between 18 months and two years to pass into law. A big challenge for Baker is not knowing how the bill might change as it goes through the legislative process, which would impact on the shape of the BSR.

Industry engagement is Baker’s third task as the initial changes could be in place in as little as a year. “The new regime is going to require quite a significant change in approach in all sorts of ways so there’s quite a lot for me to do to engage with prospective duty holders to get everybody ready for what is coming,” he says.

“You probably need to start thinking about this now, if you haven’t done so already.”

The reason why the first changes to the regulatory regime are coming so soon is because the planning gateway – the first hoop that project teams must go through under the new regime – is being enacted through changes to planning legislation rather than the Building Safety Bill.

> Construction squares up to the new Building Safety Bill

Project teams must submit fire safety information at the planning stage, including whether proposed schemes are accessible for the fire and rescue service. The BSR is a statutory consultee so needs inhouse skills to look after this.

“We’re already recruiting people with a fire assessment background as well as those with administrative knowledge and experience managing statutory consultation processes so we can build a multidisciplinary team within the BSR to handle planning applications,” Baker explains.

The BSR is also recruiting project managers, HR professionals, people with technical experience and building control skills. Given industry skills shortages, could this recruitment drive draw people out of building control departments and elsewhere in the industry?

Baker acknowledges that this as an issue. “We are fishing in a finite pool of existing expertise in all these areas, both private and public, so of course we’ve got to bear that in mind as we go out to recruit.”

He adds that the BSR will not be regulating everything itself, which will lessen the skills impact. “A lot of the regulatory decision making and inspection work on the ground will be delivered through multidisciplinary teams, drawing on local expertise from local authority building control, the fire and rescue services and any other expertise we feel we need to bring in because a building has a particular design or technical issue.”

In-house skills will still be needed and Baker points to the work being done by LABC to train and recruit more building control officers and the additional funding being given to fire and rescue services to meet the requirements of the fire safety and building safety bills. Part of the BSR’s remit is to oversee the new competence regime, which includes a new framework for building control surveyors and approved inspectors.

The changes will impact on standards across the board regardless of whether the building is deemed to be high risk and therefore within the remit of the BSR. “The ultimate aim is: whoever a developer or construction company chooses as their building control body, outside of the HRB (high-risk buildings) regime – which will be the majority of building projects – there will be a consistent standard of performance of the building control body.

“Whether they are local authority or approved inspectors, they will approach it in a consistent way, an independent way, and will be sufficiently competent and professional so you get a consistent level of service whether you are in Newcastle or Plymouth or in London.”

Baker adds the BSR is working with both building control bodies to establish how this will work in practice.

The partnership approach with local building control bodies and the fire and rescue services mean that there will not be a building safety regulator office in every town. As much of the gateway and safety case information as possible will be handled digitally, with local building control teams and fire and rescue services doing much of the work on the ground.

But the BSR will still need a presence. “We will need to have staff in various locations because we will need to have boots on the ground. We will have an enforcement and investigation role and we will be dealing with complaints from residents and members of the public.”

No decisions have been made about the locations of BSR offices but expect these to be in areas where significant numbers of high-rise residential buildings are being constructed. The BSR’s remit only covers England, which means the most likely locations are London, Birmingham, Manchester and the North-east.

So, when can the industry expect to see the changes? As Baker has made clear, the planning gateway could be introduced this year – depending on the government. “Our planning assumption is to set up the system to go live this year if ultimately this is what government want to happen.”

Baker says the BSR is working on the assumption that gateways two and three, which cover detailed plan submissions and the details of the completed building respectively, could go live in the middle of 2023.

The last bit of the jigsaw, covering the safety case for existing high-risk residential buildings, could go live six to 12 months after the first provisions of the building safety bill come into force. “The safety case regime for existing buildings will be the last thing that goes live because, of course, if you introduce legislation in 2023 that requires safety cases, you need to give duty holders a period of time to write these.”

Baker has got a lot to do in the next couple of years but is clearly doubling down on the challenge. Given how time flies, the industry will be facing a new safety regime before it even knows it.

This article was first published on 25 March 2021