Price war: How the retail crash is affecting construction 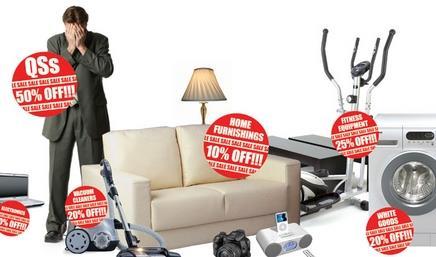 Misery loves company, and many of Britain’s largest retailers are sharing theirs with their supply chains. Olivia Boyd finds out which are and which aren’t

Discount banners draped over the doors of supermarkets; high streets gapped by whitewashed windows; national chains suddenly collapsing, taking others down with them. This year is looking like a retail disaster zone, and we’re only in January.

The impact on the construction industry is already becoming clear: the Construction Products Association is predicting a 19% fall in retail new build in 2009, with a further 15% fall in 2010. The organisation does not expect a recovery until 2012. Last week it emerged that Tesco, true to its price-cutting promises, had asked parts of its supply chain to drop their fees by up to 50%. Now it has emerged it is employing payment periods of 60 days, double the industry benchmark, and some consultants are claiming that they are waiting 90 for their cash. QSs were informed by letter that they would lose future work if they did not comply with demands to lower fees. Some contractors are understood to be in negotiations over their prices, while others have been called into “take it or leave it” meetings. An engineer said: “Our team was called in and told ‘here’s the deal’ – you have to cut your fees and that’s it. The percentage cut is fairly brutal but it’s happening in all parts of the sector.”

True enough. Building can reveal that Marks & Spencer, which halted much of its development work and is understood to have slimmed down its property team six months ago, is beginning to pile pressure on suppliers bidding for the work that remains. It is understood to have extended consultants’ payment terms to 60 days and a shift in procurement methods has been noted. “There have definitely been changes at Marks & Spencer,” says the head of retail at a consultant with a long-standing association with the group. “It is procuring much more on price than on relationships now.”

Disastrous Christmas results have been compounded by a shaky start to its Chinese operation – the first of 50 planned stores was completed six months late and is now trading poorly. Last week it announced it was closing 27 stores and consultants are preparing themselves for a Tesco-style approach to fees.

The loss of staff in the property department at firms such as Tesco and M&S also threatens to undermine relationships with companies. M&S confirmed this week that it was “consulting with its store design and development and property teams on proposed redundancies”.

Of course, some reduction in fees is to be expected in the current climate, as are longer payment periods (Orange and Boots have also been pushing for 60 days). But it is the magnitude of Tesco’s cut that has shaken the industry.

“From a business point of view, if someone said to me, you have to reduce your fees by 50%, then there’s no point continuing to work for that customer,” says Matt Turner, director responsible for retail at Mace. “Accepting a challenge to reduce fees is expected in the current climate but it’s all about the level at which it’s pitched.”

So why aren’t firms walking away? Many say they are desperate to hang onto their big clients through the downturn whereas others hope there is room for negotiation. “There are lots of discussions to be had,” says one consultant. “For instance, are they going to reduce the number of suppliers so they can give us more work?”

But Turner points out that suppliers have little bargaining power. “You would have difficulty getting everyone to say no to the terms and, even if they did, there’s probably another 100 companies waiting in the wings.”

While some retail terms, particularly those of Tesco, have been described as “appalling”, “scandalous”, or “monstrous” by consultants, there is at least work still to be won – and some clients are still doing well enough to avoid fee cuts.

Last week Sainsbury’s announced plans to open six more stores after a good Christmas performance. Aldi, Lidl, Morrisons, Asda and Waitrose are also looking to expand and retailers are eyeing up the hundreds of empty Woolworths sites (Primark, which is also planning rapid growth in Germany and Spain, is said to be interested in some of these).

The problem is that everyone with a corner in the retail market is competing for the work, pushing prices down. “In some respects this is the best time to build for 15-20 years because land values and build costs are at their lowest,” says Catherine Tobiasinski, head of retail at EC Harris. “A few years ago they were at the mercy of the supply chain but now it is a buyers’ market.”

She mentions one Waitrose tender where, without the client having to negotiate, the prices submitted were a third lower than usual. “They have been waiting for this for almost a decade and it’s full steam ahead.”

Tesco
Pipeline: Procures about £1.4bn a year
Fees: Being cut by up to 50%
Payment period: 60 days, although some consultants are reporting delays of up to 90
Property team: A series of high-profile departures departures over the past 18 months
International: Each part of Tesco’s international business is finding its own way to cut costs. In eastern Europe, for instance, programmes have been paused to save cash and suppliers have been asked to delay invoicing

M&S
Pipeline: In the autumn, the firm said capital spending would be £400m in 2009, down from £700m in 2008. There is some refurbishment and remodelling work but the firm says it has already modernised 80% of its portfolio
Fees: Cuts are anticipated
Payment period: 60 days
Property team: In redundancy consultation
International: Some expansion planned, including 15 stores in India over the next two years

Waitrose
Pipeline: In May, John Lewis said it planned to spend up to £300m a year over the next decade, but capital expenditure is understood to be under review. The firm has a history of continuing capital work through downturns
Fees: Contracts are negotiated individually and the firm is not thought to be forcing big reductions
Payment period: 30 days
Property team: Boosted team by four in October in preparation for expansion drive
International: Has announced plans for expansion into Ireland but says UK development is the priority

Sainsbury’s
Pipeline: It plans to spend about £850m next year. Floor space is to grow by 5%. Fifty new stores are planned for 2009/10 and a further 100 the following year
Fees: It has not written to suppliers to ask for fee cuts; it has completed a full open market tender
Payment periodL: 60 days
Property team: Expanded last May and in November poached Vince Prior, who headed the retail advisory team at Jones Lang LaSalle to drive development plans
International: Not much work about. The firm says the focus is “very much on the UK”