School building programmes: Figure it out 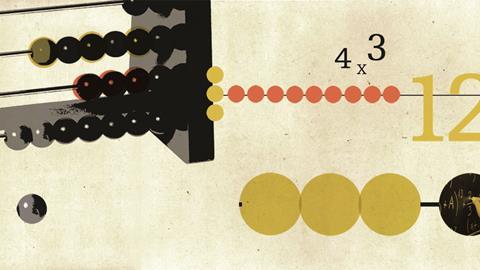 Michael has £2bn of PFI money for capital spending on schools. But he also has to update the school estate and provide extra pupil places. How much more money will he need? And - for extra marks - where will it come from? Sarah Richardson works out some possible answersܯ

When it comes to school building programmes, neither this government nor its predecessor has the best reputation for accurate maths. Last year, education secretary Michael Gove infamously had to issue several revised lists of the schools projects that would be scrapped when he cancelled Labour’s £55bn Building Schools for the Future programme, leading to questions over how he’d actually decided what the government could afford. And of course, the BSF scheme itself was plagued by criticism of the high -and often highly variable - cost of projects, with some secondary schools, such as the Grange School in Bradford, costing almost 20% more per m2 than the average BSF new build.

Now, however, the government is facing its toughest test yet in making the cost of school building stack up. Michael Gove’s latest announcement on education funding in
July acknowledged that “capital investment is crucial to education reform.” At the same time, the education secretary announced the launch of a PFI programme worth £2bn in upfront capital construction costs, despite his previous antipathy to the initiative.

This was effectively an acknowledgement that the direct funding settlements from the government - £15.8bn between now and 2015 - would not come close to meeting the needs of England’s school estate.

The coalition government’s cancellation of the BSF programme has left more than two-thirds of secondary schools without investment, and the programme to renew the country’s primary schools, only launched in 2009, has had even less impact. As of last year, 14% of the primary school estate dated to pre-1919 and 11% was built in
the inter-war years. Meanwhile, a rising birth rate means that an estimated 60,000 primary school places are urgently needed to meet demand.

But with the £2bn PFI programme offering only a fraction of the funding earmarked under BSF, big questions remain over how far the financing announced by the government can help to renew the schools estate, even if the industry meets the challenge to cut up to 30% off the cost of school buildings, as recommended in Sebastian James’ recent government-commissioned review of school capital. Local authorities - which have a statutory obligation to provide a school place for every child in their area - are fast realising that they may have to raise finance themselves to meet demand.

Here, we look at the funding methods currently lined up for school building work across the country, and assess how far each is likely to go in addressing a problem that, without urgent attention, could fast become a national school building crisis.

Annual capital funding from the government will fall by 60% over the spending review period, leaving schools in need of renewal far more reliant on other forms of financing

Just over £2bn a year of the government’s funding for schools capital will be spent on maintenance and creating new school places where there is a shortfall - either by extending existing schools or creating new ones. BSF projects and academies that were told they could proceed when Michael Gove scrapped the bulk of the BSF programme in July will take a large slice of the remaining funds, together with additional academies and free schools. The pressure on funding means that refurbishment or renewal projects are likely to become more common than new-build schemes.

How big an impact will it have?

Annual capital funding from the government will fall by 60% over the spending review period, leaving schools in need of renewal far more reliant on other forms of financing than they would have been in the past. However, the capital funding will enable 71 academies originally put on hold to be procured over the next two years, together with 33 schools that were to have been sample schemes in bigger BSF programmes.

The money that remains will enable the government to make a dent in the maintenance backlog, but with this estimated at about £22bn by Sebastian James, the government’s leading adviser on schools, it is likely that the money will not be enough to address even half the need for repairs across the country. In addition, basic-need funding will be channelled to those schools with the greatest demand for places, but with an estimated 60,000 extra primary school places urgently needed to cope with England’s rising birth rate, the funds are highly unlikely to stretch to all the areas they are needed. This will provide a major headache for the government, because local authorities have a statutory obligation to provide a school place for every child within an area - increasing the pressure on opening free schools or other forms of education provision.

In July, the government launched a PFI programme worth £2bn in upfront construction costs to fund up to 300 PFI schools, with roughly 20% of these coming to market each year from autumn 2012. The government will only begin paying for these schools once they are open, from 2014-15 onwards, so the money will have little impact on the capital funding settlements under this Comprehensive Spending Review period.

What is it most likely to be used for?

New build schemes on publicly funded schools, particularly secondary schools and academies. The PFI programme is open to all publicly funded schools, including primaries, special schools and sixth forms but the larger scale of secondary school buildings makes them more suited to a PFI model of funding. The money will be prioritised according to building condition, so will go to those areas whose schools are judged to be in the greatest state of disrepair. The government has also said that schools in areas with a shortage of school places could be prioritised.

How big an impact could it have?

The PFI programme was welcomed enthusiastically by construction firms when it was launched. After years of criticism of PFI by the government, with education secretary Michael Gove once attacking it for being associated with “massive overspend and tragic delays”, it signalled the government’s acceptance of what many within the sector had been arguing for months - that private investment was an obvious way to get schools schemes back up and running.

While the government has said that its current PFI programme will fund up to 300 projects, £2bn is not a lot of funding

But while the government has said that its current PFI programme will fund up to 300 schools projects, £2bn is not a lot of funding. Especially compared with the sums available under the £55bn BSF programme, which relied heavily on PFI - £1.4bn was spent on that programme in a single year in 2010-11. If the government is to roll out a PFI programme more widely, it will need to overcome continuing fears over the value for money of PFI schemes. Despite a Treasury initiative to cut £1.5bn off the cost of operational PFIs, there is still considerable nervousness within government over the whole-life cost of PFI, which is not being helped by continuing economic uncertainty pushing up the rates of would-be lenders. Against this background, it is difficult to see the Treasury authorising any more widespread use of PFI in the near future, but it is a path that could be followed further down the line if interest in the initial pot of funding greatly exceeds the money available.

At the moment lots of authorities are waiting to see what’s going to happen to government funding. Many are not familiar with LABVS, and are a bit nervous

No money as such, but a steadily increasing number of local authorities have been setting up Local Asset Backed vehicles (LABVs) over the past two years. Under these arrangements, the local authority puts forward sites to a private sector partner for development, with at least one being used for a public building - potentially a school - and the money raised from the others is used to fund the development.

How big an impact could it have?

The way LABVs are being advertised in OJEU is worded sufficiently widely to allow any public sector asset to be involved, including schools.
However, most local authorities are likely to try their luck with government funding before seriously considering using a LABV to build schools. Nick Jones, a director at Davis Langdon, says: “At the moment, lots of authorities are still waiting to see what’s going to happen to government funding. Many are not familiar with LABVs, and are a bit nervous. So it’s early days, but it’s a definite option.”

OTHER FORMS OF PRIVATE INVESTMENT

Various investment programmes are being set up, including some run by individual academy chains, and the Cornerstone venture set up by former Partnerships for Schools chief executive Tim Byles, which is aiming to use funds from the private sector to develop public sector assets for use as schools.

Academy chains are likely to channel any privately raised funds into new build or school expansion, as there is a separate academies maintenance fund distributed by the government from its capital funding budget for repair work. Byles has said that Cornerstone can be used for any type of school, including local authority-run schools, free schools and academies. In addition, local authorities raising their own funds privately will be able to put the money towards refurbishment or larger new build projects on their school estate. For example, some colleges have been doing landswap deals with private developers where a developer is allowed to build on a local authority-owned site in return for giving the authorities an alternative site for a school.

How big an impact will it have?

The pressure on government funding and the limited nature of the government’s PFI schools programme has increased the pressure on schools and local authorities to come up with innovative means of sourcing funding for projects themselves. However, this is a relatively untested area and, while academy chains are geared up to attract private funding, the position for local authorities is more difficult. The Cornerstone venture, which will effectively act as a broker between local authorities and the private sector, is one to watch given Byles’ intimate knowledge of the sector. He has said that the venture is aiming to complete about 60 projects in its first year.