Greg Clark’s appointment to the caretaker role marks his second time in the job. Joey Gardiner tells you everything you need to know to be fully briefed

It was undoubtedly a sign of Boris Johnson’s desperation yesterday that he appointed Greg Clark to fill the vacant role of levelling up, housing and communities secretary, following his unceremonious sacking of Michael Gove just 12 hours earlier.

Clark, remember, was one of 21 Conservative MPs to have the Tory Party whip removed from them by Johnson in September 2019 for joining with Labour in voting against the government’s plan for a no-deal Brexit. The remain-voter later had the whip restored, bringing him back into the fold of the Conservative Party but he stayed well outside the circles of power for all of Johnson’s tenure, despite having held ministerial office constantly throughout the Cameron and May administrations. 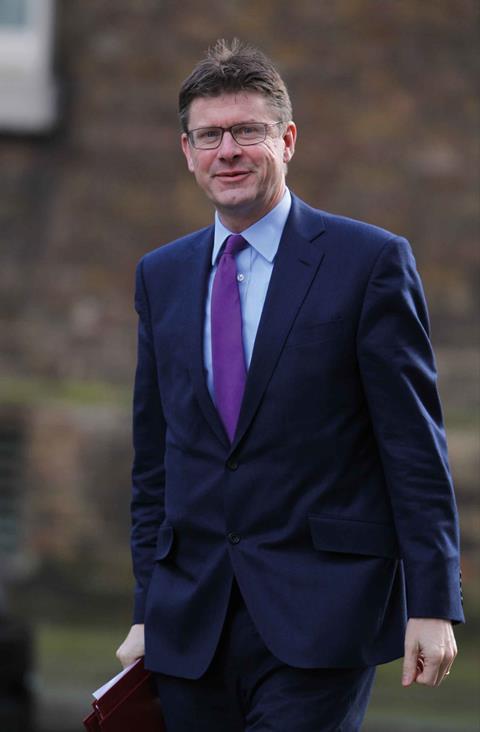 Greg Clark has been appointed secretary of state for levelling up, housing d communities

That he accepted the job likely also says something about Clark’s desire to keep day-to-day government going in what was a deepening crisis.

So, what does the residential development industry need to know about the 54-year-old MP for Tunbridge Wells?

1. He is a known quantity

This will be his third stint in the housing department. Upon the formation of the Conservative-Lib Dem Coalition in 2010, Clark was immediately appointed minister of state for decentralisation, in what then known as the Department for Communities and Local Government, where his responsibilities included planning and cities policy. He stayed in this role until September 2012, before moving on to spend time at the Treasury and business department. He returned to the department as secretary of state in the wake of David Cameron’s 2015 election victory, running the ministry until Theresa May took over in July 2016 in the wake of the Brexit vote.

2. He is seen as an architect of localism

Middlesbrough born, he is widely seen as one of the chief architects of the “localist” policy ideas which were so central to Conservative Party thinking, particularly in the first part of the last decade – and which also latterly saw a resurgence under Michael Gove’s tenure. Prior to being elected an MP in 2005 he developed much of the thinking behind localism while working as a Tory party policy advisor. As decentralisation minister he presided over the destruction of the (still lamented by some) regional planning system – including the regional housing targets they contained – in favour of giving local authorities responsibility to develop their own housing targets. However, he is no caricature nimby – he passionately argues that freeing local areas to take their own decisions ultimately boosts economic activity. He told Building in 2011 that his Localism Bill was “unashamedly pro-growth”.

3. He is a big thinker and rises above populism

Prior to his election to the safe Tunbridge Wells seat in 2005, Clark was director of policy for the Conservative party. He is regarded as one of the party’s more cerebral figures – interested in policy and good governance more than politics. A social liberal and emollient speaker, as well as a strong campaigner for remain in the Brexit vote, he is a figure who appears more at home in the Cameron-Osborne era than in the more populist politics of recent times.

While successful documents often claimed as having many authors, Greg Clark more than anyone else was the driving force behind the creation of the National Planning Policy Framework – the 50-odd-page distillation of planning policy, published in 2012, which pretty much rescued the coalition’s planning reforms from ending in a localist quagmire. The NPPF, by introducing a presumption in favour of development in national policy, drove a wave of planning permissions (albeit many of them – controversially – by appeal), and while it has been tweaked since, few have argued for it to be rescinded.

However, Clark is not by nature one to provoke controversy for the sake of it, and it seems unlikely he will seek to antagonise Conservative grassroots with pro-development changes to planning reforms currently in train – particularly given this is just an interim government. His line on planning, indeed, is very similar to Michael Gove’s, as can be seen from recent comments to the Institute for Government, where he said: “When people feel that they have influence and control, more gets done than when you impose a set of numbers, for example, in which people feel that they have no influence and no stake. It’s a paradoxical situation in some ways, but actually you end up building more homes when you don’t impose from the top, when you take people with you.”

5. Many housebuilders will welcome his appointment

Despite his localist principles, his appointment is likely to be welcomed by housebuilding sector.

Clark is seen as having maintained a good relationship with the sector in his previous stints at the department – indeed he brought in a housebuilder executive, Peter Andrew, then at Taylor Wimpey, as part of a four-person team to draft the NPPF.

This couldn’t be more different to Gove’s relationship with the sector, with Gove having used the threat of driving firms out of business to raise billions of pounds of funding from the sector, while accusing major builders of being a cartel.

Most frustratingly for the sector, the housing secretary has refused to meet with housebuilders and their representatives – something the sector will hope will change with Clark in the role.

If housebuilders and private developers will welcome Clark’s appointment, the affordable housing sector is likely to be much more wary.

Clark delivered the policy, alongside then housing minister Brandon Lewis, in the face of steep opposition from the sector, and received criticism for not listening to evidence of the problems it would cause. The policy ultimately ran into the ground as the pilots struggled to deliver. However, Boris Johnson and Michael Gove recently announced they were disinterring the plans – leaving question marks over whether Clark will again be asked to deliver it.

7. Clark presided over a huge cut to funding for affordable rented housing

In recent months Michael Gove had talked (albeit in vague terms) of increasing funding for affordable housing in order to drive up housing supply overall. However, as housing secretary, Greg Clark presided over an enormous cut in funding for homes for affordable rent in favour of subsidised homes to buy. The original version of the 2016-21 Shared Ownership and Affordable Homes Programme, published while he was secretary of state, contained plans for just 8,000 rented homes (for older people) out of 153,000 homes overall.

Clark’s tenure was also characterised by the impact of a George Osborne imposed rent cut on housing associations, which hit their development capacity, and a departmental focus on the government’s ill-fated Starter Homes programme – 200,000 of which were promised, but none of which were ever built.