Sorry, but these rules don’t work 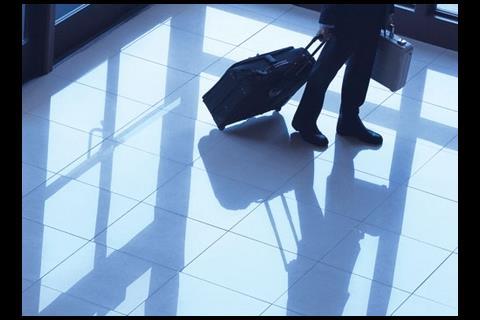 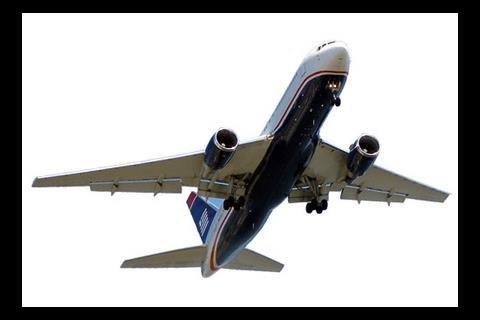 Quantity surveyors are piling pressure on the Home Office to rethink the laws that are keeping foreign workers out of the UK – and sending some badly needed ones back home.

There are 6,468 vacancies for quantity surveyors in the UK. But the typical large QS firm is turning away 40 bright applicants a year, all of whom are desperate to fill those vacancies. Some companies are even being forced to let go of their trainees.

The reason they are going is that the UK’s immigration rules make it almost impossible for them to obtain work permits. And without work permits they cannot get the visas they need to stay.

The UK construction boom, spurred on by the 2012 London Olympics and the revival of the commercial market, has increased the demand for skilled QSs. But a legal change in 2004 means that overseas QSs on 12 month training and work experience permits are less likely to be given extensions or full permits.

Quantity surveying firms and the RICS are pushing for the rules to be relaxed. They want Work Permits UK, a division of the Home Office, to include quantity surveyors on the skills shortage list, alongside healthcare, engineering, veterinary and teaching professionals. This will allow companies to bypass the bureaucracy that prevents them employing QSs from overseas.

If a profession is on the skills shortage list, employers do not have to prove that every possible avenue to hire a British worker has been exhausted before looking abroad. For professions that are not on the list, employers must provide details of how much effort has been made to advertise the posts, as well as the CVs and references of the rejected applicants, together with valid reasons for not hiring them. Such demands bring most work permit applications to a halt.

The RICS applied for the profession to be put on the list last autumn, but in December the government asked for more evidence of how desperate the situation was.

Ed Badke, director for construction and the built environment at the RICS, has been involved in the process. He is confident that the figures the body has supplied to the government – including evidence that 49% of QS vacancies remain unfilled for more than six months – will help its cause.

“We have demonstrated that using just our own UK resources, the current shortfall means things will get worse and worse,” he says. “The market is booming in the City, in housing, in schools. Plus the Olympics is getting into full swing. Where are all the QSs going to come from?”

QS firms are becoming increasingly frustrated by the struggle to cope with their workloads. Richard Steer, the senior partner at Gleeds, says the situation has spiralled out of control. “We’ve made more than 20 applications for foreign workers in the past two years and they have all been outright rejected,” he says.

“The irritation is that there are resources available outside the UK but we have to demonstrate that we have exhausted our search for home nationals to fill the vacancies before we can hire them.”

Some firms have given up trying to secure work permits after repeated rejections.

“It’s hardly worth it, especially when the rules are so tight you’re more likely than not to get turned down,” says Jimmi Bradbury, Cyril Sweett’s international managing director.

The biggest concern is that if nothing is done to rectify the skills shortages, the situation will get worse. In the next five years, 2,154 QSs are expected to retire, putting further strain on the industry.

programmes of capital spending but it is not pleased to say that with the current regulations enforced on professions such as quantity surveying there will inevitably be a shortfall.”

The legal change to training permits in October 2004 has made the problem even more severe. Whereas previously trainees were able to enter the country relatively easily and then extend or switch their visas once settled, overseas workers now struggle to extend their training and work experience permits or to transfer to standard two-year business and commercial work permits.

In some cases, they are forced to leave the country before their training is complete, which is a huge waste of money for employers.

Previously, switching permits was allowed if there were compelling business reasons. But since the law changed, business reasons are no longer taken into account. The only exceptional circumstances considered relate to the individual – for instance, if the person cannot travel owing to ill health. Some QS firms have lost as many as 10 trainees since the change was introduced.

Applying for an extension or to switch permits can cost up to £1,500 with little hope of success, and the employee is forced to return to their own country during the process. “There are so many victims of this system,” says Badke. “People come over here to train but can’t finish and are forced to return home to find work.”

The legal change means there has been a decline in overseas trainees coming to the UK. Although it is far easier to get a training permit than a business one, the threat of being sent back after a year puts off potentially talented workers.

Consultants Gardiner & Theobald and EC Harris are well aware of the effect this can have on business: both have lost about 10 staff in the past two years.
Philip Youell, chief executive of EC Harris, explains that to cope with the problem the group has come up with an unsatisfactory temporary solution – redeploying staff. “We’ve had to move people to other countries and our other offices because of problems with work permits,” he says.

It is the only way the company could think of to avoid losing staff. “We don’t want to have to send people to our offices in China or Indonesia – we want them here and they want to be here,” says Youell. “We need a degree of flexibility that will allow us to meet demands and fill vacancies in this country. This idea that we’re an island and so we’re suddenly just going to shut up shop to immigrants is ridiculous.”

In an increasingly global market, the UK is shutting itself off to the very people that can help it maintain its position as one of the world’s leading economies.

It’s not just QSs that are struggling to hire foreign staff. Architects are coming up against similar problems and have submitted their own application to Work Permits UK to get on the skills shortage list.

Jack Pringle, president of the RIBA, explains that the Association of Consultant Architects approached him to support the application. “This is a big, big issue,” he says. “There is more work than I can remember ever before because so many markets are booming at the same time, and we need more staff.

“One criterion that affects visa applications is age. If you are over 30, then your points automatically drop, making it less likely for you to have the visa granted. For architects, who have such a long training process to get through, it’s nuts. We’d love to have access to older, experienced architects but none of them are being granted entry.”

Like QSs, architects are having problems recruiting young foreign students and trainees. “Lots of them have RIBA-approved degrees, but to come over here the degrees need to be approved by the Architects Registration Board, too,” says Pringle. “It costs £1200 to have your degree looked at, with no guarantee of it being approved, so many bright, young, talented architects are staying away because they can’t face this process.”

Feng (she does not wish to be identified) came to the UK from China in 2002 to do a masters degree before going on to train with Gardiner & Theobald in 2003. Last July she was forced to leave the country and her friends and family because her visa had run out. She now works for a large QS firm in Hong Kong.

“It was such a painful process when my visa ran out. I had been in the country for three years and my firm wanted to switch my training permit to a full work permit. I had to go back to China during the application process as you can’t apply for a switch unless you’re in your own country. It took over my life as all my energy went into making sure I did everything I could to try to come back.

“I wasn’t working and didn’t want to look for a new job in case I could come back, so I lost four months’ pay. I even contacted my MP and asked him to write to the Home Office on my behalf but the response came back ‘no’ and it was the same after appeal. I now have to wait 24 months before I reapply to return to the UK [after a failed appeal, a person is not allowed to reapply for two years].

“It’s terrible because there is no other reason for this situation other than my permit. It’s not because the firm doesn’t want me and it is not because I’m underqualified. I had to leave my friends in the UK and, worse, my mother, who has a British passport. As I was applying for a business visa, including personal details like this would have actually weakened my case . It’s ridiculous – I have the qualifications and the work experience required by the job market. People like me should be allowed a permit to work.”