BREEAM certification is becoming an increasingly used standard requirement on city buildings. But does it pay? Here, Azita Dezfouli presents the key findings of Sweett Group’s work with the BRE to review the financial implications of different BREEAM standards 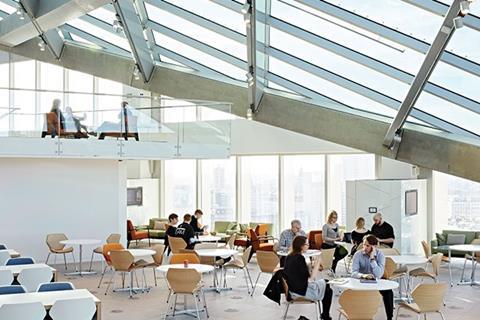 BREEAM has been widely used as a certification scheme and environmental impact assessment method for more than two decades in the UK and worldwide.

Many major developers use BREEAM as a tool for delivering sustainability goals on their projects, with occupiers of prime estate increasingly looking to take space in buildings with ratings of “excellent” or even “outstanding”. Planning authorities also see BREEAM as a tool for demonstrating that required performance standards have been met and as a result the standard is applied on a large number of schemes with over 2,500 BREEAM-certified offices of which nearly 40% are certified at the “excellent” level.

The BREEAM credits and standards are typically updated around every three years to respond to changes in the market and construction standards.

The benefits of BREEAM go beyond direct savings in operational cost savings achieved through energy and water efficiency. However, common questions relating to BREEAM certification is “does it pay back?” and “over what period?”

Sweett Group has worked with BRE since 2005 to review the financial implications of different BREEAM standards for typical developments. A soon-to-be-published study looks at the BREEAM UK New Construction (NC) 2014 standard for offices, updating previous work on Delivering Sustainable Buildings: Savings and Payback, 2011. When released, the study will be freely available through the BREEAM website. Some of the key findings are described below.

A ~14,000m2 office was analysed and a range of measures to demonstrate achievement of ratings under BREEAM UK New Construction identified.

The base build complies with current Building Regulations (Part L 2a 2013) and the design and construction are in line with the market standards for city centre office projects.

The implications of planning expectations beyond the requirements of BREEAM certification were also considered, in this case compliance with the London Plan and associated energy/carbon performance requirements.

Two scenarios were considered, one where the London Plan energy standards needed to be achieved and an alternative where the minimum energy performance standards were determined by Part L or the minimum standards in BREEAM NC 2014.

By selecting the most commercially sensible route, the additional costs associated with achieving “very good” and “excellent” ratings were established using the data on the costs of individual credits together with specific energy strategies.

The forecast operational savings from improved energy and water efficiency were also quantified, based on the projected reductions in energy and water use and the costs per unit of these utilities. These operational savings were used to assess the payback associated with these higher performance standards, although it should be remembered that they are only part (often a relatively small part) of the overall benefit of a high-performing building and that they are only achieved in practice where the building is subsequently operated in an energy efficient manner.

Meeting minimum energy requirements
A number of different energy strategies were tested to identify those that could effectively achieve the minimum requirements for an “excellent” rating and those of the London Plan Policy 5.2 (a 35% improvement over Part L 2013). Further improving the thermal performance of the envelope had little or no positive impact on energy consumption, while substantial savings could be achieved through the adoption of high-performance LED lighting and heat pump technologies.

The most cost effective solutions are shown in Table 1 below. For option 2, the cost uplift is not attributable to BREEAM because the cost is incurred to meet planning policy. Nonetheless this option results in a significant number of energy credits being achieved.

These investments in energy and carbon efficiency would pay back through energy savings in three to four years with annual carbon savings of 83 tCO2e (option 1) and 131 tCO2e (option 2).

Water savings
Up to three credits under the BREEAM water efficiency assessment area can be achieved using low flow toilets, taps and other fittings. The cost uplift for these enhancements is small and the modelled savings are substantial, with savings of over 5,000m3 of water per year for the case study building. The investment of around £10,000 paid back in under a year even in the Thames Water area (which has one of the lowest commercial water tariffs in England).

Achieving the highest standards of performance necessitates the use of water harvesting and recycling technologies, which increase the payback periods involved to between four and 16 years depending on the water tariff, although these are not a requirement of the scheme at any rating level.

Click on the image above to open a larger version of the chart in a new window.

Overall capital costs of ‘very good’ and ‘excellent’ ratings
Figure 1 (below) shows the capital cost implications of achieving “very good” and “excellent” ratings for the case study building. These are shown for scenarios that are compliant with London Plan and for a scenario where London Plan compliance is not required.

Uplift capital costs to achieve “very good” and “excellent” ratings for BREEAM UK NC 2014 have decreased compared with BREEAM UK NC 2011, ie 0.6-1% down to 0.25-0.6%. One reason for this is that a substantial number of the criteria within BREEAM are now relatively common practice for a city centre office development and would be expected by tenants and investors irrespective of the desire for a BREEAM rating.

These costs have also been separated out from the estimated BREEAM uplifts on the basis that they would form part of the baseline specification (albeit these are not regulatory requirements). For example, the provision of some of the necessary provision for cyclists is typical in urban offices and would be included irrespective of a BREEAM requirement, and similarly a contractor capable of undertaking a project of this nature would be expected to have established systems of managing site activities and delivering a strong assessment score under the considerate contractors scheme.

It is notable that the additional costs of BREEAM compliance for either “very good” or “excellent” ratings are lower where there is a separate external obligation to achieve high (beyond Building Regulations) standards of energy/carbon efficiency. This is because these initiatives – the London Plan in this case – results in BREEAM credits being achieved. The cost is not ascribed to BREEAM directly because the investment would be required irrespective of whether a BREEAM certification was sought.

Key changes and additional issues introduced in BREEAM UK NC 2014
Most of the changes between the 2011 and 2014 versions of BREEAM are evolutionary rather than revolutionary.

The first point to note is the reduction in the percentage-weighting of the Energy section from previously 19% of the total score to 15% in the 2014 scheme to reflect enhancements in regulatory requirements. To compensate for this, transport, water, materials and waste have each had their percentage-weighting increased by 1%.

Some credits were tweaked, with additional criteria introduced, together with three new credits that incorporate adaptation to climate change, functional adaptability and material efficiency into the assessment method.

None of these are likely to have major impacts on the capital cost of construction other than where specific solutions identified necessitate design alterations and so on. But these changes would only be made where the developer believes they add to the quality and robustness of their project and would not occur where consideration is given to these issues early on. 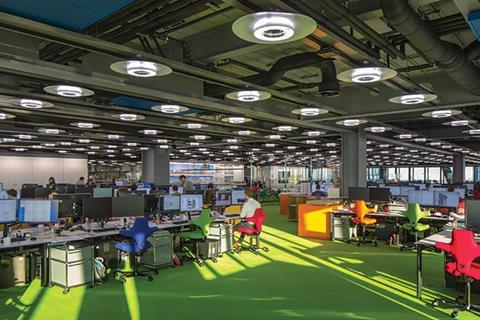 Use of tools to improve efficiency
It has always been stressed by the BRE and BREEAM assessors that the risk of additional costs reduces if sustainability strategies are taken at early stages of the design/construction process.

New modelling tools are beginning to make it easier to test the sustainability performance of projects at an earlier stage and in particular to test and optimise building strategies against energy, cost and carbon objectives. Tools such as the Sefaira and RAPIERe can be used to assess buildings during RIBA stages 1-2 and also, in the case of RAPIERe, can help in assessing performance against responsible sourcing and other credit categories.

A range of other tools exists to help project teams and assessors undertake key assessments, such as lifecycle cost comparison or materials performance studies, and increasingly supply chains are able to assist project teams by providing BREEAM compliant outputs or information on their products and services. These all serve to keep additional costs to a minimum.

BREEAM is increasingly part of the “standard specification” for new city centre offices and as such designers, developers, contractors and the wider supply chain are increasingly familiar with meeting its requirements.

This analysis shows that the level of additional cost associated with BREEAM certification at a high standard is relatively modest and that forecast paybacks are quick, with substantial long-term savings.

The challenge for developers and the buildings’ occupiers is to make sure they consider these issues at an early stage in the design process to secure the benefits and take advantage of a building’s potential to deliver high performance standards by operating them efficiently.