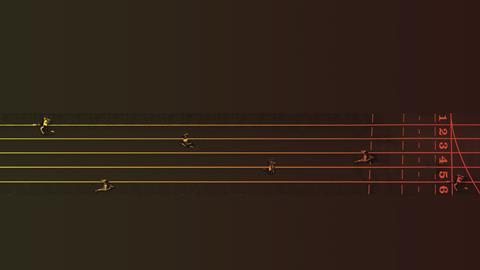 Legacy promises were at the heart of London’s bid to host the Olympics. But whereas the construction of the sites has been a triumph, the Games’ legacy still hangs in the balance. Building looks at what’s still to do in a hectic schedule

With 92.5% of the construction of the Olympic Games site complete and just the last remaining blocks of the athletes’ village still to hand over, it doesn’t seem too bold to declare the construction side of the Games a success. The same can not be said of the Games’ legacy. Work to ensure the regeneration and development legacy of the Games did not go smoothly in 2011. This was mainly due to the increasingly hostile legal battle with football club Tottenham Hotspur over the future use of the Olympic stadium. In October it led the Olympic Park Legacy Company (OPLC) - the body in charge of the regeneration strategy - to throw out its plan to sell the stadium to West Ham and Newham council.

There have been other bumps along the road, including the BBC’s decision to terminate discussions over providing a future for the press and broadcast centre - one of the most important but trickiest legacy structures. With the regeneration aspirations of the 2012 Games such a key part of the UK’s bid to host it, the stakes are incredibly high. So what are the main tasks ahead?

Find operators for the remaining venues

This week the OPLC overcame its first hurdle of 2012: finding operators for three of the remaining venues on the Olympic park after the Games, with Balfour Beatty the big winner. Its FM arm, Balfour Beatty WorkPlace, picked up two contracts, worth £50m together, to operate and maintain the 114m ArcelorMittal Orbit sculpture and the park’s facilities. In addition, the OPLC appointed Greenwich Leisure Ltd to operate the aquatics centre and the multi-use arena.

Some 254 jobs will be created, 75% of which will go to people living in the five Olympic host boroughs, with 86 apprenticeships created. Balfour Beatty WorkPlace will deliver its contract in alliance with other firms including the Landscape Group, Groundwork, Renaisi, Greenwich Leisure Ltd, Green and Fortune
and Flamingo.

The OPLC has appointed Mace to control the £315m budget to turn the park and venues into their post-Games mode. The job includes the removal of temporary venues on the Olympic park and the removal of Games-time elements of permanent venues. It will also see the reconfiguration of roads and other infrastructure for reduced visitor numbers. Despite the pledge to appoint main contractors before the end of 2011, the decision will now be made this month. Balfour Beatty, BAM Nuttall, Carillion, Lend Lease Construction, VolkerFitzpatrick and Skanska Construction UK have been shortlisted for two frameworks for the north and south of the park. Early appointments are vital to allow reconstruction to start the moment the Games are over.

Choosing a developer for the press and broadcast centre

Ten firms have expressed interest in becoming anchor tenants of the press and broadcast centre. A shortlist is due in February, with a final decision before the Games start.

But filling the 940,000ft2 space may prove a challenge. Andy Heath, partner at property agent Strutt & Parker, says the biggest hurdle with pulling in tenants to developments of the park’s size is the infrastructure and facilities around them.

The media centre in Hackney Wick has received a diverse range of proposals including turning it into an indoor ski resort. Anchor tenants have to agree to take at least a complete floor of one of the buildings.

The OPLC is known to be looking for long leases for the building’s anchor tenants to provide stability and good levels of employment in the area.

Finding a tenant for the stadium

The OPLC thought the future of the stadium had been assured after a deal with West Ham United in February. But after conflict of interest claims hit the press and rival football club Tottenham launched a High Court challenge against the award, the deal collapsed in October.

Now the OPLC has re-tendered for stadium bidders, with some changes. The public is retaining the freehold for the stadium - although last month Newham council placed a £40m bid to share the freehold. The tender also stipulates bidders must retain the stadium’s running track - likely to put off Tottenham Hotspur, that previously proposed stripping it out to create a football venue. West Ham plans to reduce capacity to 60,000 and is odds on favourite to win the race. The winner is likely to be named in May.

Securing a planning permission for 6,800 homes in the Olympic park lands

In October the OPLC submitted a planning application for the five “legacy communities” to be built on the site of the Olympic park. The five have been named as Chobham Manor, East Wick, Sweetwater, Marshgate Wharf and Pudding Mill. While the ODA’s website gives the application a determination date of 25 January, the OPLC does not expect it to be decided until July. It will be decided by the ODA’s planning team, despite the fact the OPLC will be transformed into a development firm with its own planning powers in April. The application, which includes plans for 638,000m2 of housing and 130,000m2 of offices and shops, is controversial with the surrounding boroughs, who are worried it will see the creation of a series of housing estates.

Choosing a developer for Chobham Manor

A sizeable test for the OPLC’s legacy plan will be the delivery of the site’s first purpose-built neighbourhood - Chobham Manor. Situated just north of the athletes’ village, it will comprise 960 homes, an NHS walk-in centre, two nurseries and some retail space.

Six developers were shortlisted for the project before Christmas: East Thames and Countryside Properties; Barratt Homes and Le Frak; Berkeley; Swan Housing Association, Urban Splash, Yoo & Mace; Notting Hill Housing, United House and HTA; and Taylor Wimpey and London & Quadrant. A winner is expected to be appointed in July. The OPLC is eager to set out a high-quality blueprint for the four subsequent park neighbourhoods.

Summer 2013: Beginning of phased re-opening of the park. First homes on the former athletes’ village to be completed for residents to move in, alongside opening of new school, the Chobham Academy

Autumn 2013: Multi-use arena and press and broadcast centre to re-open

2014: Legacy transformation works to complete, with full opening of all areas of the park. Stadium, aquatics centre and Orbit to re-open.