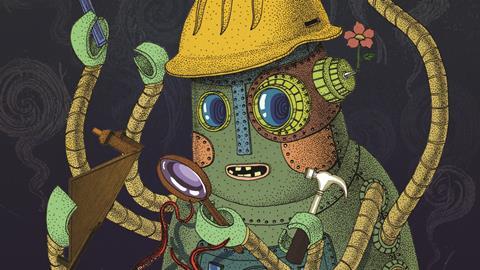 Plans are afoot to make approved inspectors and the LABC more streamlined, more efficient and more effective in the fight against non-compliance. But will they work?

Building control is the thin blue line ensuring that the industry complies with Building Regulations. This comes in two flavours: local authority building control (LABC), which works for local authorities; and approved inspectors (AIs), which are private organisations that carry out the same role.

Some support the changes: “By and large we support what the government is trying to do to improve the existing building control system,” says Paul Everall, chief executive of LABC. Others are less enthusiastic: “There are some constructive suggestions for improvement in the consultation, but they don’t go nearly far enough,” says David Strong, principal of David Strong Consulting.

Below we look at the main proposals and assess how likely they are to work.

When LABC is the inspecting body, the builder has to notify the building control officer up to nine times, each time the work reaches a particular stage during construction, such as commencing work which will cover up any drain or sewer. One problem with this arrangement is that the builder is not notified whether, or when, LABC will inspect the work and so may waste time waiting for an inspection that does not occur. In addition, energy efficiency work, such as the installation of insulation, is not included in the statutory notifications.

The statutory notifications do not apply to AIs. Instead they can draw up a contract to set out the stages at which they would wish to be notified so they can plan their inspections. This initiative will help bring the two sides of building control into line.

The proposal is to keep the project start and finish notifications but to cover the rest with a service plan drawn up by the local authority, which sets out when it wishes to be notified that work has reached certain stages. “We wholeheartedly support this proposal,” says LABC’s Everall.

This risk-based approach reflects what is already happening and will allow LABC to focus on the importance of energy efficiency by inspecting when insulation is being installed. “It will improve efficiency, because building control will get the information when it can be most effective,” Everall adds.

Will it improve compliance? “I cannot see a down side,” says Peter Caplehorn, technical director at architect Scott Brownrigg.

2. Removal of the Warranty Link Rule to open up competition between LABC and AIs for new-build housing

The Warranty Link Rule was introduced when the housebuilding market was opened up to AIs to alleviate concerns that they did not have the experience to supervise such work.

The rule requires AIs to have a designated approved warranty in place, which provides redress for the homeowner where there has been a breach of parts of the Building Regulations.

The rule also prevents AIs from continuing as the building control body where a scheme changes from one that does not require a warranty, such as public sector rental, to private rental, which does.

Research commissioned by the communities department shows that the level of complaints for AIs were no higher than for LABC (where a warranty is not required), so the proposal is to remove the rule to help level the playing field. The government says this would have little adverse effect because new homes are generally required to have a warranty by mortgage lenders.

“This proposal is long overdue; the Warranty Link has not been needed, so this is taking away something that is an added complication,” says Caplehorn.

Nigel Barr, managing director of BBS Building Control and chair of the Association of Consultant Approved Inspectors, agrees: “Since the recession, there are more developers looking to lease out properties rather than sell them on, and AIs are not allowed to provide building control on a residential property that is going to be rented out, other than by a registered social landlord, unless there is a warranty in place.”

The LABC is less enthusiastic: “The removal of the warranty is not something we oppose; we have doubts about it because of the way AIs are regulated and whether, in these tough economic times, they might cut corners to get business. So we have suggested the government look again at the regulation of AIs.”

An alternative, which is not favoured by government, would be to extend the warranty requirement to all building control providers. However, this is outside the remit of Building Regulations and would increase the regulatory burden on business.

Will it improve compliance? The warranty link isn’t being used so this won’t change anything.

The current formal Building Regulations’ enforcement methods are no longer working so the government is proposing a flexible range of enforcement mechanisms, which it hopes will lead to higher levels of compliance. The proposals are:

LABC supports the measures: “The powers we have to prosecute builders are limited,” says Everall. He says the idea of a stop notice could be useful “for when we see work going ahead that is in breach of Building Regulations”. The penalties will also help to tackle cowboy builders. “

Although building control functions can be carried out by either LABC or AIs, only local authorities have enforcement powers because there are no precedents for private sector bodies being able to prosecute. To ensure the civil sanctions can be applied where an AI is the building control body, the government is proposing for the local authority to be able to issue a civil sanction on behalf of the AI.

Will it improve compliance? At the moment Approved Inspectors cannot take enforcement proceedings.

Specialist organisations such as CIBSE and the IStructE could be appointed by developers to take responsibility for checking and certifying work such as structural design, fire engineering, and building services carried out by developers. This voluntary proposal would benefit building control, particularly where buildings are complex.

“A lot of local authorities do not have the specialist expertise and would subcontract the work to a third party in any case,” says Everall. “However, we would want to be assured that the way the system is monitored is robust,” he adds.

Will it improve compliance? Limited impact because it is already happening.

Contractors will be able to voluntarily give responsibility for ensuring compliance on building sites to an appointed person, who would act as an interface with building control. The government says the cost to a contractor of employing an appointed person could only be justified on larger, complex sites where early identification of non-compliance makes commercial sense.

Such an appointment could result in lower charges because building control would need to visit site less frequently. However, the decision as to whether it is cost-effective to designate an appointed person will be down to the contractor.

“I’m not certain about this; it sounds like another name for a clerk of works,” says Caplehorn. He questions whether a client would fund this appointment and the amount of authority the appointed person would have. “If they’ve got no authority, how can they be effective if they want something put right?”

David Strong is even less enthusiastic: “In many respects this is the worst of all possible outcomes unless all appointed people are operating under the same quality assurance framework, with rigorous checking of the quality of work they do.”

Surprisingly LABC is backing the proposal. “On complex projects it is sometimes difficult to know who to talk to when there are numerous subcontractors beavering away independent of each other,” Everall says.

“It would be helpful to building control if there is only has one person with whom they can liaise for everything,” he adds.

Will it improve compliance? The jury is still out.

Also included in this consultation were proposals to: