What to specify: Walls, ceilings and partitions

This week’s products cover all wall, ceiling and partition projects, from a ceiling suspension system used in a large hospital building, to glazed partitions for Bath University 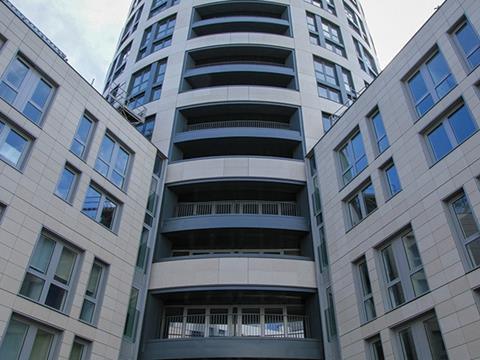 Hueck Aluminium Systems has provided windows, doors and curtain wall facades for London’s Eagle House. The development consists of 276 new apartments, 70 of which are affordable, as well as art studios, workshops, and over 6,000m2 of ground floor offices, restaurants and cafes in London’s Old Street district.

Ceiling suspension system
Armstrong Ceilings has launched its Drywall Grid System to the UK market following its use on a large hospital building project in Europe. Designed for strength, but using 15% less steel, the CE-marked Drywall Grid System utilises Armstrong’s T-shaped grids and can incorporate service elements such as light fixtures, access panels and air diffusers or ventilation systems. The suspension system for plasterboard ceilings is available in three versions – standard for typical flat installations, faceted for curved and domed ceilings of any radius, and shortspan for smaller areas.
Armstrong
www.armstrong.com 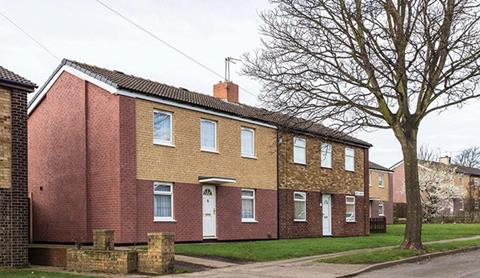 The Saint-Gobain Weber External Wall Insulation system has been selected by Rotherham Metropolitan Borough council for a property renovation project of 37 Dorlonco system-built homes in the Rawmarsh area. The weber.therm XM EWI system specified for these homes uses 50mm phenolic insulation panels fixed to the external substrate, which is covered and protected by the weber.rend RB Render Brick finish, a combination of two coloured mortars used together to create a superb brick-effect finish. The company claims its products were chosen due to their insulation values, achieving the U-value of 0.29W/m²K which was set for the project.
Weber
www.netweber.co.uk

Acoustic ceiling tile
SAS International is introducing System 320, an acoustic tile, lay-in suspended ceiling system without a traditional supporting grid. Intended for use in corridor or plasterboard surround applications, the system tiles can be provided in dimensions to suit most building modules, allowing for greater flexibility. The company claims System 320 will have significant cost and time benefits when it comes to installation, as it has pre-formed apertures for service integration during manufacturing, saving time on site.
SAS
www.sasintgroup.com

Ceiling and wall panels
BurgessCEP has designed the ceiling and wall panel solution for the Blackpool & Fylde College improvement project. The key requirement was to create spaces which would promote a safe, effective and relaxed learning environment. In the atrium BurgessCEP used the Curvatura 3D metal ceiling system. For the creative engineering workshop BurgessCEP’s Class A sound absorbing Sequence Baffles in fresh, bright white were installed and suspended vertically.
BurgessCEP
www.burgesscep.com

Glazed partitions
Lusso Interiors has installed a range of high acoustic framed demountable solid and glazed partitions to Bath University’s East Building. The partitions have enabled flexible layouts of the two upper floors for a variety of departmental occupations. However, layouts for the lower floor and major lecture theatre are of a more permanent nature. The double-glazed partitions to the central atrium incorporated air transfer design, which allows for climate control, circulation and social space.
Lusso
www.lussoltd.com

Glass partitions
DORMA has launched the Varitans movable wall system. The new system is designed to provide space division and security. The company claims the Varitrans movable wall system is ideal for the retail sector as it not only encourages customers into the shop due to clear and open access, but also allows the visual potential of the store front to be maximised with eye-catching displays.
DORMA
www.style-partitions.co.uk 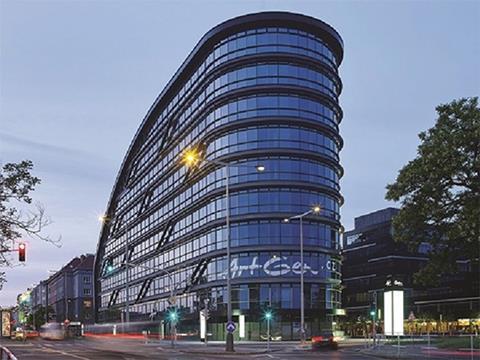 Reynaers has launched its aluminium Concept Wall 50-HI (High Insulation) system. This new variant of Reynaers’ existing CW 50 system has standard glazing gaskets and is suitable for heavy-duty triple glazing, up to a maximum of 61mm. The Concept Wall 50-HI can achieve an insulation value (Uf) down to 0.56W/m2K with a glass thickness of 60mm. The company says installation has been made easier as the HI system consists of a pre-cut part, so that drainage canals can be incorporated easily.
Reynaers
www.reynaers.com