Training your staff has never been easier 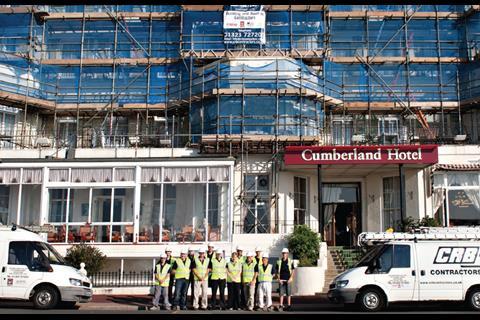 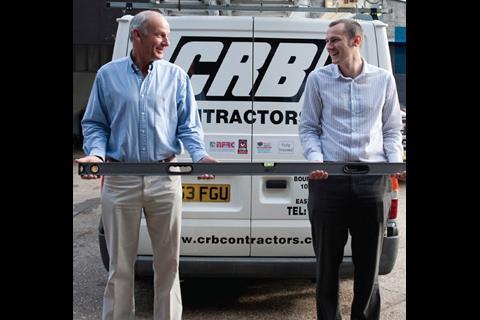 Training grants from the CITB are more generous, and easier to claim, than many builders think

With 16 staff and a turnover of around £1m, Sussex-based CRB Contractors is typical of hundreds of similar firms which have, head down, been working hard to weather the longest downturn in building that anyone can remember.

Not so typical though is the company’s approach to training, so often one of the first costs to be cut when times are hard.

“I think when labour is plentiful many firms can’t see the point,” says Ben Clear, CRB’s managing director. “They want all their people on site finishing projects, rather than away training.”

It is understandable, he says. Pressures on cash flow inevitably mean managers’ focus is on short-term survival. “But I think if people
realised how generous grants for training are, and how easy it is to obtain them, many more builders could benefit,” says Clear.

In fact, training has underwritten CRB’s survival strategy for the past few years now. “By upskilling our people we can compete for more difficult jobs” says Clear. “It has definitely given us an advantage. By doing harder jobs we are not having to compete against smaller, non-VAT registered outfits operating from a van. We have also been winning work, such as specialist roofing jobs, that even larger builders might not feel confident tendering for.”

So CRB has found its competitive edge but Clear admits that without help from the CITB, available to all employers registered with it, his company would never have pursued training to the extent it has.

“It all started a few years back,” he says.

“We had applied for a training grant and then, as is normal, a CITB rep came to audit us to check the training had been undertaken and paid for.

“I was actually nervous in case the paperwork was less than perfect, but in fact the rep pointed out a number of other grants we could be claiming and we ended up receiving more than expected.”

It was the start of a highly productive relationship which has benefited individuals as much as the company. “Take Corey Melbourne for example”, says Clear. “He started doing work experience with us when he was 16 and on benefits. We received a work experience grant from the CITB for that and he was so good we took him on as an apprentice.”

That vital face to face contact is provided by the CITB

“There was an issue because Corey is self supporting (unlike most apprentices who tend to live with their parents) so we pay him more than the basic apprentice wage. But the CITB helped arrange everything so that it was worth his while and ours.”

In practice this means that Corey’s training at a local college is free for CRB and attendance grants are paid to the company as Corey works towards his NVQ. Achievement grants will also be payable when Corey gains his qualification. Contractors can claim typically up to £10,250 over three years for apprentice training while attendance grants for one-off courses are £50 a day.

It sounds complicated, but Clear insists the process is straightforward from the contractor’s point of view: “The CITB do all the hard work,” he says.

The point is, says Clear, that with so many grants available, solutions can normally be found. “I think if it was all done online, people might struggle, but that vital face-to-face contact is provided by the CITB who spend time looking at your situation so you don’t have to.”

Last time the CITB paid a visit was particularly worthwhile. Clear says: “Our local rep sat down with my secretary and went through a list of invoices for training and found that we could claim for a number of things we had simply paid for up front: health and safety training, first aid, and some technical courses.

“Next thing I know CITB paid £2,000 directly into my account - and I didn’t have to do anything.”

It sounds win-win, but Clear says other contractors are not always convinced by CRB’s good news story. “In tough times they are reluctant to commit to people long term - and I can understand that. We too use labouronly subbies when we need them. As a small firm with a sometimes lumpy workload, you need that flexibility.

“But I believe in having a strong company ethos, and that means a regular core of welltrained staff. And if someone is keen to learn they are generally much more useful and productive than someone who’s not interested anymore.”

Without regular staff, says Clear, there is nobody to check subbies are up to scratch, and nobody to give customers continuity of service. His emphasis on this obviously pays off: some 80% of CRB’s custom is repeat business.

“But you can’t keep good staff without making an effort for them,” says Clear. “We want our staff to progress as far as possible without leaving the company, and to do that training is essential.

“The good news is, we are getting help from the CITB to keep our people - and our company - moving forward.”

You can claim your grant in five easy steps. All you have to do is:

It’s as easy as that! But if you have any problems or require further information, you can contact your local Company Development Adviser, whose details you can find at www.citb.co.uk