Image of the week: Once in a red moon 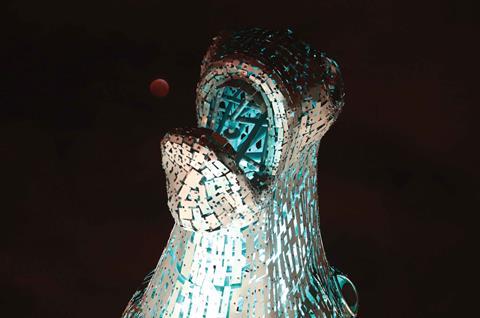 During the terrifying-sounding ‘super blood wolf moon’ eclipse event earlier this week, the moon rose over a statue of a mythical Kelpie water spirit near Falkirk. Skywatchers across the UK, western Europe, North and South America and north Africa gathered to see the unusual event, caused when the moon moved into the Earth’s shadow and made more dramatic as the celestial body was at its closest to the Earth.