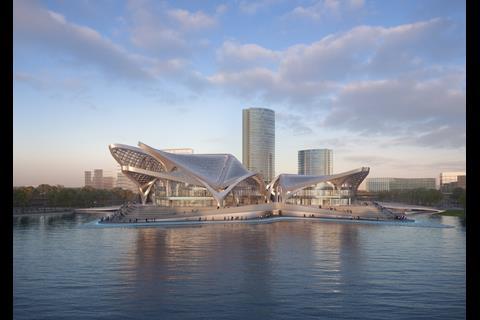 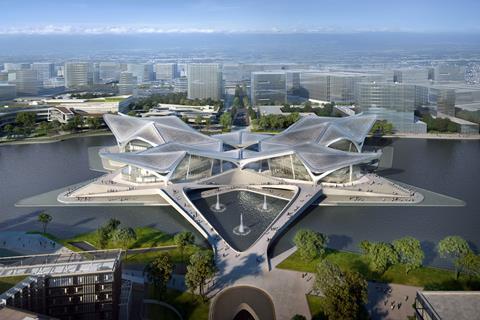 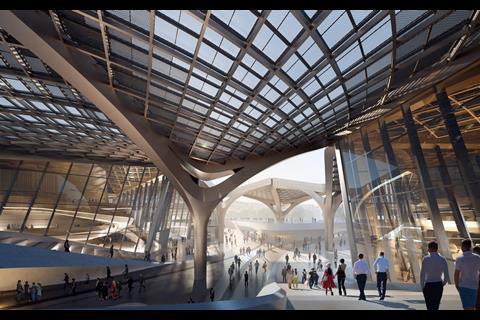 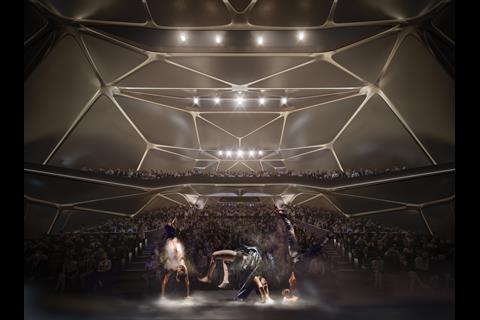 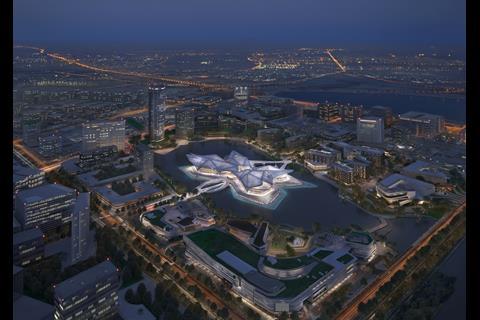 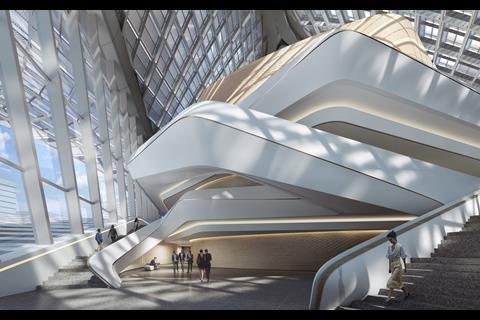 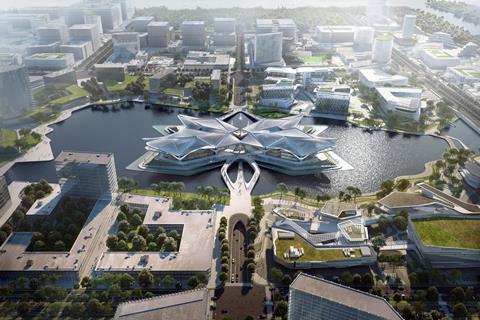 Zaha Hadid has revealed images of what its Zhuhai Jinwan Civic Art Centre will look like when finished.

The centre is made up of four cultural institutions, a 1,200-seat Grand Theatre, a 500-seat multi-functional hall, a science centre and an art museum.

The two larger and two smaller venues, which are arranged symmetrically, are connected by a central plaza that serves as a shared external foyer.

The centre is located at the heart of Jinwan district’s Western Ecological New Town where the new Zhuhai airport intercity railway provides direct connections with Zhuhai’s city centre, its airport and Hengqin district, as well as Guangzhou, Shenzhen, Macau and Hong Kong via interchanges.

The steel structure of its lattice roof canopy has now been installed over two of the centre’s four cultural venues.