Construction has reverted to its bad old ways

Since the recession contracts are tougher, lawyers dominate tendering, project risk is dumped on the weakest - in short the adversarial approach is back 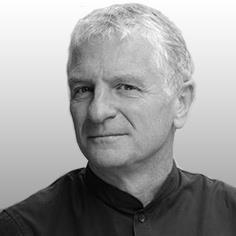 Recessions - those regular economic “adjustments” that affect construction more than any other industry - have many legacies but I wonder if one of them is the loss of memory.

It is three years or so since the workload picked up after the banking crash of 2008 and it’s tempting to think that things are back to where we were before. But something isn’t right. A pattern seems to have emerged across many of our projects that suggests the industry has changed, quite possibly for the worse. Have we all forgotten where “best practice” was going?

Contracts seem tougher than before, with lawyers dominating the tendering procedures more than ever and risk being dumped on some of the least able to manage it. Partnering-type contracts or those which oblige the parties to work together are a rarity. As architects we are now finding ourselves increasingly excluded from some evaluation procedures where, previously, we provided the benefit of our experience on rates, team quality and so on.

Pre-contract collaboration on construction methods often seems tokenistic, which undermines our attempts to promote early involvement by contractors. Design itself is being fragmented between concept and delivery teams, leading to emasculation of those who believe in integration of design and construction. Resistance to design responsibility being shared with specialist contractors has increased.

Two-stage contracts are being exploited to the extent that some clients are parting company with their contractors rather than proceed. As a result, single-stage lump sum contracting is back on the agenda like the (bad) old days, despite its obvious weaknesses and its inherent stand-off between design and construction.

Although there are notable exceptions like Stanhope and Argent, it’s difficult now to find anyone who remembers, let alone practises, the progressive innovation promoted by M4i - the Movement for Innovation spawned by the Egan report in 1998.

A younger generation, historically the group that holds the keys to production, has grown up accustomed to a world of survivalism rather than idealism, unaware perhaps that they can influence the culture of the industry if they are inclined to do so. BIM is, arguably, one area where real progress has been made, but many other lessons from 10-20 years ago appear to have been forgotten.

It was reported that up to half a million people left the industry when the recession hit, many of them never to return. Most of these were construction workers of course, subsequently replaced by newcomers, but consultants and senior management throughout the industry suffered too, leading to a permanent loss of experience and long-term thinking - a loss of memory, if you like.

Moreover, the pressure to win work in those conditions led to desperately low bids and unrealistic consultant fees, which in turn led to poor delivery on many projects and a return to the adversarial practices I hoped we had left behind.

The industry appears to have gone backwards; is this the real legacy of recession?