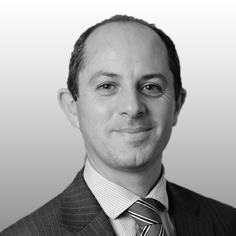 While the long-term impact of Brexit is still unclear, its short-term impact is already being felt. Financial markets dislike uncertainty and the shock of the referendum result – together with the resulting political turmoil and downgrading of the UK’s credit rating – has hit investor confidence hard. The impact on our industry is already being felt, with construction activity already at a seven-year low.

All this is happening against a backdrop of the ongoing question of runway capacity in the South-east; HS2 being forced to reinforce its business case; and the Shaw Report pointing the way to significant changes in the structure of the rail industry, which the Office of Rail and Road will start consultation on shortly.

In the energy sector, the government’s 11th-hour decision to delay final approval for the UK’s first nuclear power station for a generation at Hinkley Point, despite securing critical foreign investment not 24 hours before, is significant.

This apparent government indecisiveness around our critical infrastructure projects risks fundamentally damaging appetite to invest in UK infrastructure. Add to this, recent headlines that cast doubt over the future of other key infrastructure projects such as HS2 and Crossrail 2, as well as new delays on the decision on runway capacity in the South-east, suggests a dangerous pattern is starting to form. The resultant damage to investor confidence will likely serve to push our country further towards the prospect of a damaging and costly recession.

The nation’s infrastructure priorities have not changed since the Brexit vote. The same problems around mobility, capacity, growth and economic productivity persist regardless.

History shows us that investment in infrastructure has always been a vital driver of growth, and it has also proven to be a positive intervention during turbulent times. While new projects cost money, delays in decision-making cost even more. Even a six-month postponement can create significantly longer delays and substantial additional costs. At the same time, major projects’ ability to restore confidence and generate long-term returns should not be overlooked, provided a coherent strategy of how they relate to one another and the purpose they serve. This does not mean we should push ahead without proper planning or due process but making strong commitments are powerful and symbolic.

Now is not the time to batten down the hatches. We simply cannot afford for the uncertainty created by Brexit to delay the critical infrastructure projects that our country needs. Strong investment and bold decisions that support our ability to trade globally and leverage prosperity across the country are the solution. Every day lost in making these decisions is a day that costs and introduces potential risks.

Airport capacity expansion and HS2 are the two infrastructure priorities that government simply cannot afford to lose time on. And, irrespective of Brexit, London’s population will continue to grow, which means it is vital that Crossrail 2 is also prioritised alongside building aviation capacity in the South-east to enable our capital to remain strong and competitive outside of the EU.

Now is the time for government to re-affirm its commitment to these major infrastructure projects and make some key decisions that would be received positively by financial markets. The prime minster, who has already shown that she is a bold and ambitious leader, together with her new government, must seize the opportunity and should not lose any more time in making these key decisions. By slowing austerity and investing in infrastructure, that would support our new position in the global economy, it would show the world that Britain really is “open for business”.

Chris Pike is development director for infrastructure at Arcadis