Grant Shapps: A young man in a hurry 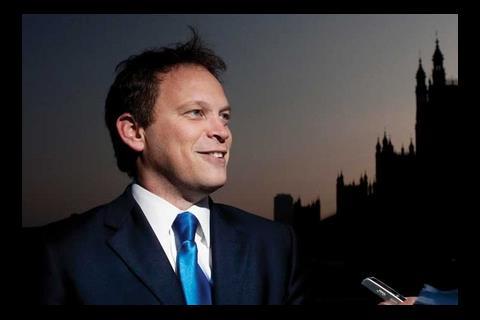 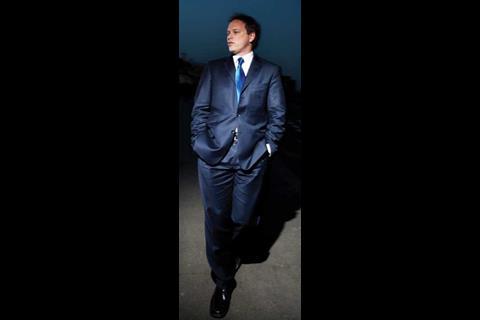 Come the summer, Grant Shapps is probably going to be in charge of housing policy. And he’s got an awful lot of policy to get through, from a root-and-branch rethink of planning to a radical overhaul of the HCA. Joey Gardiner asked the questions, Tim Foster took the photos

Grant Shapps is in a little bit of a flap when we meet. He’s running 15 minutes late for the 45 minutes we’ve scheduled, and hasn’t booked a room for the photography. “I’m sorry,” he says, “and I’m afraid I really can’t stay any later because I’ve got shadow Cabinet.” As we rush outside to grab photos before the light goes – I punt questions as he gamely tries not to shiver in the cold – it quickly becomes clear that his life is a constant flurry of activity. He talks and moves quickly, doling out practised charm with efficiency. Somehow during our brief half hour, he takes three phone calls and checks a dozen emails on his BlackBerry. Not a second, it seems, is idle. Never was the old cliché of minister in a hurry more apt – except for the fact, of course, he isn’t a minister. Not yet.

But by June, he probably will be. And while you can’t question his energy, many question his policies. Barring disaster, the Tories will next week lay out the final piece in their housing policy puzzle: a planning green paper. At the centre of this will be proposals to sweep away regional housing targets and allow councils to choose how many homes they build.

Many housebuilders think this policy, coming from a man who is waging campaigns against new homes and a planned incinerator in his constituency, doesn’t spell a rosy future. But Shapps says he is a passionate advocate for constructing more homes, and that the financial incentives the Tories would introduce (see factfile, below) would see previously Nimby councils falling over themselves to build.

Nevertheless the industry’s view is pretty much summed up by a remark by one guest overheard after Shapps’ speech at the NHBC’s annual lunch last autumn: “You can’t doubt his sincerity that his plan will work. But he’s barking mad, of course.” So what exactly are his plans and how does he defend himself from this charge?

Shapps certainly thinks that view is unfair, and comes from a failure to see his policies in the round. There is more to it, he says, than the abolition of housing targets and the introduction of financial incentives. Alongside this, he wants to bring a presumption in favour of development in to the planning system, which would be achieved through secondary legislation. This means that unless a local authority has specific reasons why a planning application shouldn’t be approved, such as it sitting in an area identified in the local plan as not for development, it will have to approve it. He says: “Unless a council has written in its plan ‘we won’t have any building here’, having carried out a proper assessment of the needs, there will be a presumption in favour. It seems to me we’ve had a situation whereby planning’s been difficult to obtain and it’s been the locals who are stopping you. We’re proposing a situation whereby planning’s easier to obtain because we’ve helped get the locals on side.”

This move would also mean councils would have to finalise their plans quickly to avoid a development free-for-all, and wouldn’t be able to block development through inaction. Local plans would be stripped down to make them easier for councils to complete.

Planning is not the only area Shapps wants to focus on. He promises that the final technical details of the Code for Sustainable Homes would be settled in the first few weeks of a Tory administration, giving builders certainty about what standards they have to build to. The government’s Lifetime Homes standard would not be compulsory, and Hips would be abolished. Shadow chancellor George Osborne has promised that first-time buyers would be exempt from stamp duty on purchases of up to £250,000.

While describing his plans for the future, Shapps is also quick to point out the failures of the Labour administration, under which the time taken to get planning permission has rocketed to 15 months, according to the Home Builders Federation (HBF), and fewer social homes have been built each year than when Margaret Thatcher was in power – and this was even before the recession. Addressing the industry he says: “We recognise that you guys have had a tough time. I can’t remember a time when a party in opposition was offering the building world so much, for so little in return.”

Unfortunately this is still a statement that makes most housebuilders choke on their cornflakes. Former housing minister Nick Raynsford last month hit out at Shapps’ “unaffordable” plans, branding them “completely non-credible” because the Treasury would not be able to afford them. Shapps hits back: “His job is to rubbish our proposals. My challenge to him and to Labour is that how come after 13 years we’re in the mess that we’re in? They obviously haven’t had the answers up until now. Things have gone horribly wrong, and it’s a bit rich taking lessons from those people.”

One of the HBF’s principal concerns is over what will happen in the interim, while the new system is bedding down, as they say shire authorities are already putting planning on hold in anticipation of the housing targets being abolished. Shapps’ plan is to simply make the changes quickly through ministerial directive to minimise any hiatus. He says: “Sadly I think the great hiatus has already happened, with fewer than 100,000 homes being built this year, and maybe this is a good moment to switch systems because you’ve got a lull to do it. Actually, I think you’ll find a very quick uptake. Much of this doesn’t require primary legislation, so we can get this moving and start to affect behaviour straight away.”

He rejects the concern that housing opposition won’t just evaporate with promises of funding. The shires, he says, will come round once they realise what’s in it for them – including his own constituency, Welwyn and Hatfield. He says: “The Home Counties, the shire counties – like mine – with these incentives in place, will probably quite happily go about building thousands of homes. It is the joining up of this policy [incentives with abolition of regional plans] that will make such a difference.”

Grammar school educated in Watford, Shapps is the epitome of the revitalised Conservative party. Young, slick and posh, with a talent for making public speeches without notes, he prompts obvious comparisons with David Cameron – although he looks more like Tony Blair. A private businessman and former long-standing Friends of the Earth member, he describes his politics as economically conservative and socially liberal. “Socially, I was probably on the pinkish side of the party, but the whole party has moved. I was probably Cameron before I knew of Cameron.”

This socially liberal side seems to inform his attitude to housing policy, including the commitment to build more homes. “I grew up under Thatcher, so economically I knew what was going on,” he says, “but I always thought there was no reason why people should be sleeping on the streets. I’ve always thought the government should have a role in these problems.” He’s proud of the fact that in his three years as shadow housing minister he’s seen off four government ministers, and he says this is a reflection of the Tories’ commitment to the sector.

If Shapps is going out of his way to persuade developers he’s on their side, he’s not doing the same with the Homes and Communities Agency, despite the fact many feel it has almost single-handedly saved the industry over the past year. Shapps says the organisation will be “scaled down” but refuses to give more details.

For the moment, the clever money is on the agency’s powers in London being given wholly to the mayor, and its responsibility to dole out social housing grant being given to local authorities. The remainder – essentially what was English Partnerships – could remain as a separate quango. Shapps, however, will only say the HCA’s spending has been very disappointing. “In housing they’ve spent this year and next year and the year after’s housing budget already, and we’ve had the worst building year ever since the war. It’s a really big problem for us.”

Whether next week’s green paper will be enough to convince the sceptics of his plans remains to be seen, but there is at least a coherence emerging over how it will work. It has clearly been thought through, and there are many who have argued cogently for years that the way local government finance effectively penalised councils for allowing development was a huge brake on construction. Even so, such a dramatic change is a huge gamble in an industry, already on its knees. Whether this gamble pays off remains to be seen.

Born Hertfordshire, 1968.
Educated Watford Grammar school, then read business and finance at Manchester university.
Business Founded printing company PrintHouse in 1990, aged 21.
Personal life Married Belinda in 1997, and now has three children
Job MP for Welwyn and Hatfield, promoted to shadow housing minister 2007 after a spell as Conservative vice chairman
Worst moment in politics “The three elections I lost before finally getting elected in 2005”
Best moment in politics “Dealing with serious cases of primary care trusts withholding care from seriously ill constituents, and winning the battles. It’s also satisfying when meeting housebuilders with whom the penny has dropped and really get our plans.”