Be prepared for new rules on compulsory electric vehicle charging

All new-build homes and offices with parking spaces will soon be required to have electric vehicle charging points. Neil Gosling examines the implications

The government’s confirmation that it intends to legislate for all new-build homes and offices with parking spaces to require electric vehicle (EV) charging points is a gamechanger in the shift to net zero transportation. 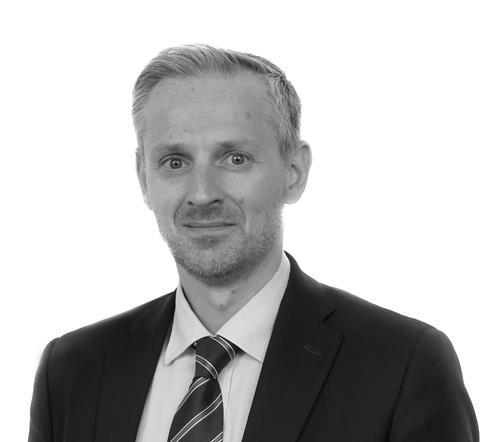 Speaking in parliament last in September, transport minister Rachel Maclean said the government would publish its response to a two-year-old consultation on mandating EV charging points later this year.

This is expected to contain a requirement that all new residential and non-residential buildings must come with an EV charging station – news that will be welcomed by the hundreds of thousands of EV owners in the UK.

If passed, this legislation would make the UK the first country to mandate charging points in all new-build developments and would be the latest in a string of indications that Westminster sees the future of personal transport as electric.

It would also combat one of the major barriers to drivers switching to electric. Retrofitting charging stations is a lot more expensive than implementing the infrastructure during construction of a new development – on average £2,040 compared with £976 per space.

However, having charging points on all homes with a parking space will greatly increase the burden on the cables and wires distributing power to the estate – especially if EVs become as common as petrol and diesel vehicles.

There are risks associated with multiple charging points on an estate being used at once, such as overloading their connections. At present the nominal maximum load a development’s connection is designed to take does not take EV charging stations into account.

New approaches are needed to decrease the peak load demand created by multiple EVs charging at the same time, to avoid the predicted 30% rise in peak electricity consumption in 10 years’ time.

Charging points can draw a lot of power from the grid and, without control, there is the potential for huge spikes in demand. This could lead to brownouts as insufficient electricity is shared around, or potentially the failure of distribution equipment that cannot handle the currents running through them.

However, many distribution network operators (DNOs) discount as unlikely the possibility that everyone will be charging their cars while running the tumble dryer and boiling the kettle. Consequently, when calculating the reinforcement their networks will need for a new estate connecting in, they require no additional capacity to account for EV charging points.

This allows the network operator to give a more competitive price for a connection but creates a problem for developers (and indeed drivers) in the long run. As EVs become more ubiquitous, the real burden on the networks will hopefully be recognised, and the Distribution Code that guides DNOs’ activities will be updated.

One solution is smart charging – a system whereby an EV charging station can share its usage data via the cloud and slow down the charging rate when overall electricity demand is high. This could allow peak demand to be reduced, helping prevent EVs becoming a burden on the power grid.

However, this is rather like the smart meter in your house being able to turn down the thermostat, so will presumably require commercial agreements to compensate people who will not get their vehicles charged as fast as they wanted. There is an opportunity here though for management companies looking to aggregate residents’ charging demand and get paid to reduce overall demand at peak times.

We have started to see some agreements being put in place between high-profile housebuilders and installers, which will ensure the charging points can be controlled when necessary. These early adopters are already showing how spikes can be smoothed by shutting down chargers when power is at a premium and turning them back on when demand is lessened. This can reduce the need for expensive reinforcement of the electricity network.

To reach the UK’s ambitious target of becoming net zero by 2050, renewables must become an integral part of housebuilding efforts. Given that tens of millions of EVs could one day be on the UK’s roads as they replace petrol and diesel vehicles in a long-term strategy to decarbonise personal transport, domestic charging could soon become the norm.

To support this ambition, it is vital there is minimal impact on the grid and to deliver this, smart charging, delivered by commercial agreements, should be a priority.