How viable will adjudication be in future? 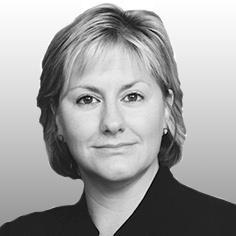 For those of us who have grown up with adjudication, it has always been the general rule that each party bears its own costs – save for certain exceptions and agreements made by the parties once the adjudication has started. In fact, this is one of the major appeals of adjudication:  the cost risk is removed, enabling David to take on Goliath and his army of Magic Circle lawyers without fear of ending up with an oppressive costs bill. Parties can manage their own costs risk and focus on the dispute itself, the only costs that could be imposed upon them being the adjudicator’s reasonable fees and expenses.

That being said, many party representatives appreciate that what was intended to be an interim dispute resolution procedure has turned into a final resolution of disputes because costs may be significant and can’t be recovered. As the Act and the Scheme are silent on costs recovery, this has meant that a successful party has to shoulder his own costs despite being “in the right” – but at the same time means that a subcontractor can chase his money from a big main contractor without fear that he will be crippled by an adverse costs award.

Ultimately, it could be to the detriment of David and the benefit of Goliath

With this in mind, commentators have been intrigued by the recent National Museums and Galleries on Merseyside vs AEW Architects and PIHL Galliford Try case and, as Tony Bingham noted in his article on 13 September, the award of the legal costs of a previous adjudication. While I agree it is foreseeable that in the event of a breach of obligations or wrongful act, adjudication will be on the horizon, the same cannot be said for paying another party’s costs of that adjudication – particularly in the region of £53,000 for legal expenses, £5,160 for expert fees and £19,830 for the adjudicator’s fees, as was awarded to National Museums.

In making this award Mr Justice Akenhead carefully explained that “Adjudication is a fact of life now in construction contracts…” and decided there was a sufficient causal link between AEW’s defaults and the adjudication between the Museum of Liverpool and PIHL Galliford Try. If we take this a stage further, there could be many instances where parties will seek to establish causation in this way in subsequent litigation. So if there has been a succession of adjudications on the same project, the costs bills could be huge. In a time when finances are tight, this could dramatically affect the viability of any adjudication. It may persuade parties to opt for another form of dispute resolution that is final to avoid the costs of historic adjudications creeping up months down the line.

As with many of these issues we will have to wait and see, but if the award against AEW means that the gateway to adjudication costs has been unlocked, this could have serious implications for the risk profile and the popularity of adjudication. Ultimately, it could be to the detriment of David and the benefit of Goliath.