Legal: Have you got it covered? 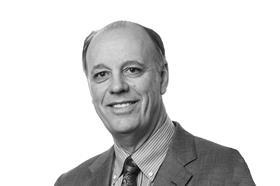 Obtaining insurance covering risks for building projects is a common occurrence. This is colloquially referred to as “project insurance” and typically covers the risk of loss or damage to the works themselves, damage to third party property and personal injuries. The insurer generally will not be interested in the identity of the party responsible for causing the loss and damage. Thus, the policy will typically insure not only the main contractor against liability but also its subcontractors as co-insured. Design liabilities, however, are usually excluded from the policy cover.

If an insurer indemnifies its insured, it will inherit the insured’s own rights to seek recovery of its losses from a third party who may be culpable. In this way, an insurer may recover its losses either wholly or in part. This is called subrogation. Typically, the insurer will not be able to secure any subrogated recovery from a subcontractor when that subcontractor is itself co-insured under the policy. This is a term that the courts will imply into both the underlying contract between the parties and the policy of insurance itself.

But can a subcontractor participate in and claim the benefit of a project insurance policy when it has also expressly agreed with the main contractor in the underlying contract to insure its own liabilities? Can the project insurer in such an instance invoke subrogation and seek recovery of sums paid? These are questions the courts, up to now, have not had to address. However, they were confronted with this dilemma in the recent case of Haberdashers’ Aske’s Federation Trust Ltd vs Lakehouse Contracts Ltd & Others, on which Mr Justice Fraser ruled of 12 March this year.

CPR could have benefited [from the project insurance] had it said nothing about insuring against its own liabilities. There would have been no express agreement to contradict the usual implied term

Haberdashers’ Aske’s Federation Trust Ltd (Haberdashers) and Lewisham council owned and operated a school in London. Operating through a local education partnership (LEP) as part of the Building Schools for the Future initiative, it appointed a contractor, Lakehouse Contracts Ltd (Lakehouse), to refurbish and extend the school. Lakehouse duly appointed a subcontractor, CPR, to carry out the roofing works. On 6 April 2010 a fire occurred during the course of the roofing works. This spread and caused extensive damage to the buildings.

Following the issuing of proceedings by Haberdashers and Lewisham in which damages were sought in excess of £11m from Lakehouse and CPR, a settlement agreement was reached. This involved the payment by Lakehouse to Lewisham and Haberdashers of the total sum of £8.75m inclusive of costs, interest and damages.

In reality, these funds came from the project insurers. In the contractual agreement between Lakehouse and the LEP, the LEP promised to insure the project. The judge explained: “There are a large number of risks that may impact not only on the parties themselves associated with any particular project, but adjacent buildings, and even other land (as well as the land itself), may themselves suffer damage. It is therefore entirely commercially acceptable for all these risks, and all these separate entities, to be covered by a single insurance policy, which is what project insurance is.”

Thus Lakehouse and its subcontractors were insured parties and had the benefit of a contractors’ all risks and liability policy. The project insurers acknowledged that their insurance extended to any particular subcontractor, but in deciding the liability of CPR insisted that the terms of its underlying roofing subcontract with Lakehouse was highly relevant. Relying on an earlier decision, the court reaffirmed the principle that in ascertaining the intention of the parties one needs to look not only to the insurance policy documents but also to the underlying contract – in this instance the roofing contract between CPR and Lakehouse.

Furthermore, the project insurers accepted the presence of the implied term preventing recovery from a co-insured, but there was an exception where there was an express term between Lakehouse and CPR whereby the latter had agreed to provide its own insurance. Thus, the express intention of the parties took precedence over a term that would otherwise be implied.

Despite CPR’s arguments, the court was compelled to accept Lakehouse’s arguments that CPR had expressly agreed to insure its own liabilities, which prevented CPR from claiming entitlement to be indemnified by the project insurers. Thus, the project insurers could recover up to the full amount of the insurance cover that CPR had in place at the time of the fire, subject to CPR’s liability being established.

Subcontractors will of course have their own insurance against liability risks. It is not the existence of such cover that is the determining factor but the subcontractor’s express agreement that it would insure its liabilities. This judgment should compel subcontractors to take note. They should challenge any prejudicial insurance commitments sought by their contractor clients.

The project insurance was not procured by Lakehouse but by the LEP, and thus CPR could have benefited had it said nothing about insuring against its own liabilities. There would have been no express agreement to contradict the usual implied term. Thus, the project insurers were able to benefit and could seek recovery for their losses.