More homes: A mountain to climb 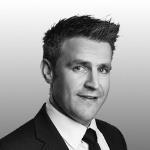 With most politicians and pundits predicting a decisive Conservative majority ahead of the General Election, many within the planning industry looked forward to a period of certainty following the delays faced by the Housing White Paper. In the event however, the results proved otherwise. Through the declaration of a hung parliament and the advent of the Conservative Party’s uneasy alliance with the DUP, the election outcome has not only resulted in government instability, but also prolonged unwelcome uncertainty within the planning system.

For the purpose of continuity, it was reassuring to see Sajid Javid remain as Secretary of State for Communities and Local Government, although the surprise Labour surge in Croydon Central saw Gavin Barwell lose his seat. It will now be interesting to see how Alok Sharma, MP for Reading West, tackles his predecessor’s challenging brief as the new Minister of State for Housing and Planning. With six different ministers having exercised the role over the past 10 years, it is certainly a difficult portfolio to inherit. Given how Sharma has no previous background in housing or planning, it will be essential that he is swiftly brought up to speed.

The lack of a parliamentary majority, the deficiency of resources in planning departments and continued market uncertainty leave the current housing targets looking out of reach

Official statistics indicate that approximately 240,000 new homes must be delivered each year for the next three years in order to meet the target of 1 million new homes by 2020- a commitment that has been repeatedly pledged in recent years. To put things in perspective, the last time the UK saw completions of that scale was in the 1970s; when the Government and local authorities were delivering around 120,000 new council houses per annum. In addition to this, putting aside any issues relating to Brexit-related uncertainty, Sharma will also need to facilitate the delivery of a further 500,000 new homes in the final two years of this parliamentary term.

There is a strong emphasis from both sides of the House of Commons on increasing the role local authorities play in driving forward housing development, and in principle, this is to be welcomed. With council planning departments stretched for resources however, it is difficult to envisage many areas having the resources and political appetite to pursue a pro-growth agenda, especially with the ‘not in my back yard’ attitude prevalent in a number of electorates.

Other planning-focused commitments made within the Conservative manifesto, such as pledges to make fracking easier, will be extremely difficult, if not impossible, for the Government to pass through the Commons. Only time will tell as to whether such plans are maintained or kicked into the long grass.

The Government’s housing commitments were always going to be a tall order, but without the strength of a majority government to help push through reforms in a timely fashion, Alok Sharma’s task appears almost impossible to deliver. The lack of a parliamentary majority, the deficiency of resources in planning departments and continued market uncertainty leave the current housing targets looking out of reach. As a result, the broken housing market will no doubt be a reoccurring theme in manifestos to come.