Nelson's ship in a bottle: How did they do that?

The latest fourth plinth artwork is a cute idea, but it took some hefty engineering to make the concept a reality, as one of the team behind it explains (plus he shows us the actual calculations) 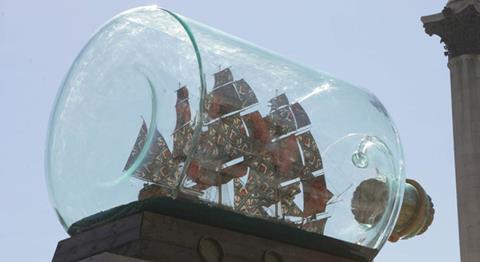 British artist Yinka Shonibare’s scale model of Nelson’s HMS Victory in a Bottle was unveiled yesterday to great acclaim. However, creating a ship in a bottle required some canny engineering.

Tom Bentham, who is part of the special engineering group at Max Fordham Consulting Engineers, explains how they did it.

Q: What was the key challenge?

A: The challenge was to prevent condensation interfering with the view of the ship through the 50mm thick high performance glass that the bottle is made of. It will be on display for over 18 months and so it will go through all of the seasons. We had to come up with an environmental system that provides a stable environment within set parameters to protect the bottle and the materials used to make the ship. Any solution had to be integrated into the design of the artwork.

So how are you controlling temperatures inside the bottle?

We have fitted an air-based cooling and heating system that provides cool air if the internal temperature of the bottle gets to 30C and provides warm air whenever the temperature gets to below 20C. Within this temperature range the materials of the artwork are protected. The air circulation comes from nozzles hidden in the material used to simulate the sea. The nozzles run along the side of the ship to send the air around the main viewing surfaces of the bottle. We used the open gun ports as louvers to allow air circulation in the base.

That sounds like it would take up valuable space?

The plant is hidden in the stand that supports the ship within the bottle. There’s a lot of structural work going on there too so it was an achievement to get the kit to fit.

Is that a real cork stopper?

It is indeed. A feature of the design is that the bottle has to be air tight and the cork securely fastened. It was important to check that pressure – due to the thermal expansion of the air - in the bottle would never build up enough to pop the cork. See the full equation we used to work it out below.

How is it being lit?

We took light readings at night to work out how best to illuminate the bottle. To stand out at night cool blue LED lighting is used to illuminate the colours and details of the ship more effectively than the predominantly yellow, warm street light in the rest of Trafalgar Square.

What happens if something goes wrong?

The model can send out its own distress signal – but through a pay as you go SIM card not flags. The built-in fault monitoring system sends an alert and a fast call maintenance team will get there quickly to sort it out. 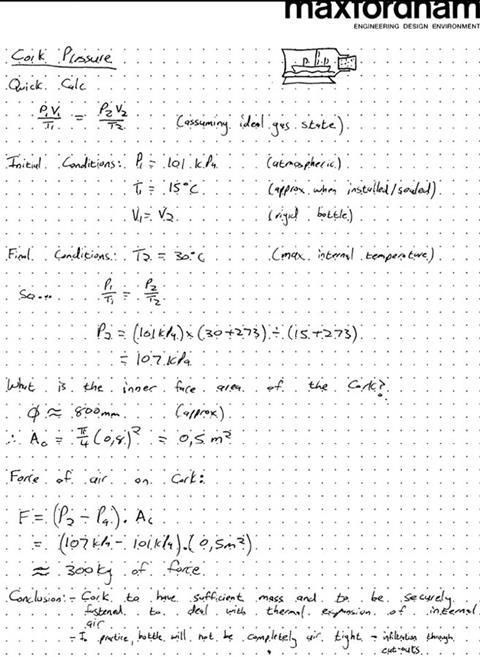