Plan at historic Whitehall site will include apartments

A £1bn plan by EPR Architects to turn the Old War Office on Whitehall into a five-star hotel and apartments has been be approved by Westminster council.

The designs will see the 19th century grade II* listed building converted into a 125-bed hotel with up to 88 residential dwellings. The hotel will include a ballroom at basement level with capacity for up to 750 guests.

Indian conglomerate Hinduja and Spanish hotel group OHL Desarrollos bought the site from the Ministry of Defence last March, with the scheme a first for OHL – which is owned by Spain’s former finance minister Juan-Miguel Villar-Mir – in London. 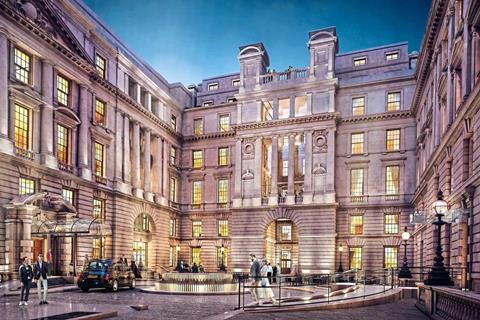 How the proposed hotel will look

The building, which has been vacant since the end of 2014, was sold off because it was ruled surplus to requirements.

A number of local residents objected to the plans, including Tory MP Geoffrey Clifton-Brown, but there was no formal objection from the government’s heritage advisor Historic England.

Work is expected to start later this year and take around three years to complete.

The building, designed by father and son team William and Clyde Francis Young, was built between 1899 and 1906 and was the base for the government department used to administer the British army until 1964 before this function was transferred to the Ministry of Defence. 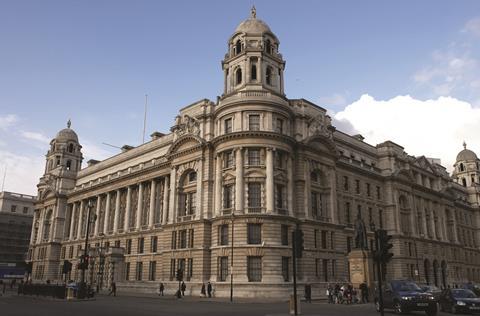 The building has been empty since 2014