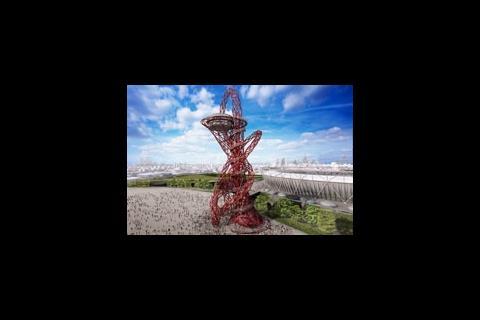 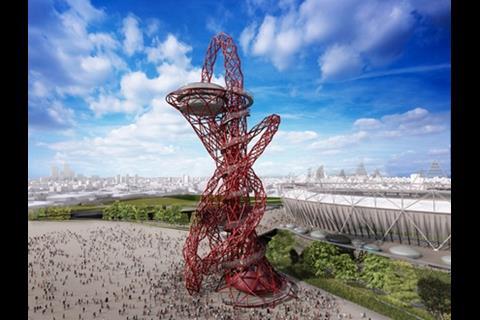 Artist Anish Kapoor has designed the UK’s biggest sculpture, which will be a centrepiece of the Olympic park

Boris Johnson today revealed designs for the UK’s biggest sculpture, which will be a centrepiece of the Olympic park.

Already dubbed the “Hubble Bubble” by Johnson, owing to its resemblance to a shisha pipe, Turner prize-winning Anish Kapoor’s asymmetric tower will reach a staggering height of 115m (377ft) and is thought to be the UK’s tallest piece of public art. Taller than New York’s iconic Statue of Liberty and almost twice the height of Nelson’s Column, it will form a striking new addition to the London skyline and a key component of London 2012’s legacy commitments. A public viewing platform from its peak will provide spectacular views of London and the Olympic park.

The giant sculpture will comprise an intricate, overlapping lattice of tubular steel that leans precariously over the Olympic park. Its abstract form and highly conceptual design are recognised hallmarks of Kapoor’s work, but rarely have his projects been conceived on such a monumental scale. Previous pieces by the London-based artist include Marsyas, a swooping, trumpet-like form that filled the Turbine Hall at London’s Tate Modern and Cloud Gate, a giant reflecting pod sculpture in Chicago's Millennium Park. He had a recent phenomenally successful exhibition at the Royal Academy last year.

Speaking of his Olympic commission Kapoor said: “I am deeply honoured to be invited to undertake this challenging commission. I am particularly attracted to it because of the opportunity to involve members of the public in a particularly close and personal way. It is the commission of a lifetime.”

The sculpture will be known as the ArcelorMittal Orbit in recognition of the £16m funding contribution provided by ArcelorMittal, the world’s biggest steelmaker. The remaining £3m funding will be supplied by the London Development Agency. The proposal has been developed in conjunction with Cecil Balmond of global engineering firm Arup.