Work for AllBright due to finish next year 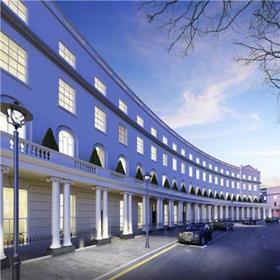 Fledgling firm Abakus Consulting has won the QS role on plans to create a flagship building for a women-only private members club in London’s Mayfair.

The cost consultant, which celebrated its first birthday last month, was set up by former Quantem Consulting partners Simon Drury and Jonathan Kaye who also had stints at EC Harris and Davis Langdon respectively.

Abakus has also been asked to carry out contract administration work on the scheme at 24-26 Maddox Street which is off Regent Street.

The existing site, which sits above the Goodman steak restaurant, is a five-storey office building which will be turned into AllBright’s main club by Marek Wojciechowski Architects.

AllBright is a funding platform and academy for female-led businesses and was set up in 2016 by Anna Jones, the former chief executive of magazine publisher Hearst, whose titles include Marie Claire and Cosmopolitan, and the founder of holiday house-swapping website Love Home Swap, Debbie Wosskow.

It already has an existing private members club at Rathbone Place, where fees start at £675, but is on the hunt for more locations in the capital.

Work on the Maddox Street site is expected to start by the end of summer and is due to be completed early next year ahead of a spring opening.

Abakus, which is working on a scheme (pictured) close to Regent’s Park to turn a former medical clinic into high-end residential for Amazon Property, posted revenues of £650,000 in its inaugural year.

It has taken on another Quantem staffer Mark Pratchett as an associate and expects to have around 10 staff after three years of trading.