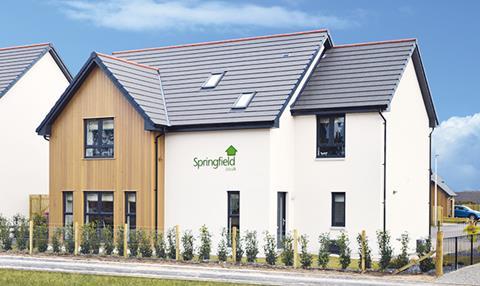 Two key acquisitions helped AIM-listed Scottish housebuilder Springfield Properties ramp up both turnover and profit in the past year.

The firm, which has its headquarters in Elgin, said deals to buy Dawn Homes and fellow Scottish housebuilder Walker Group during the year to the end of May 2019 were paying off, as turnover for rose by more than a third to £191m and pre-tax profit increase by 79% to £16.5m.

Springfield’s private housing operation accounted for three quarters of turnover, with completions up 37% to 630 homes.

Springfield said it had bought land to develop a fifth Village development at Gavieside, while its overall landbank increased by nearly 28% to 15,938 plots.

The firm also rejigged its operating structure during the year, creating a group operating board featuring four managing directors.