Aecom and the CBI call for urgent action on infrastructure 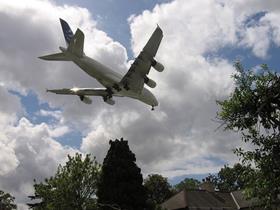 UK infrastructure firms have called for urgent action from the government to progress development of a new airport runway in the South-east and HS2, according to a survey published today by engineering giant Aecom and business lobby group the CBI.

In a poll of 722 firms – which included both large firms and SMEs who provide, invest in or use infrastructure – 62% of businesses said they were concerned with the pace of progress on delivering major infrastructure projects, while 53% believe they won’t see the necessary infrastructure upgrades in the next five years.

Over 90% of those polled have urged the government to deliver on the Davies Commission recommendation, while 41% said the government’s current failure to tackle the airport capacity issue in the south east has already cost them business.

Around nine in ten firms also said that boosting rail capacity should be a priority for the government, with 81% surveyed saying that rail is either “crucial or important” to their operations.

Over 90% said they would also support HS2 if the government gave a clearer indication of how it sits within the long-term plan for UK rail.

Virtually all of the firms surveyed (99%) backed Chancellor George Osborne’s National Infrastructure Commission, with 98% calling for an evidence-based approach to long-term infrastructure decisions.

A clearer national pipeline of infrastructure projects and greater collaboration between businesses are priorities to boost skills, according 71% of firms.

Aecom and the CBI called for urgent action from the government on infrastructure on the back of the survey results.

“When infrastructure decisions are deferred, business takes the hit.”

He added: “Industry needs the government to maintain a clear and consistent vision, and to have the courage to make politically charged decisions when they are in the long-term interests of the country. Delays and never-ending reviews of vital infrastructure stall progress and help nobody.”

John Cridland, CBI director-general, said: “The quality of infrastructure is a key factor in firms’ investment decisions, so businesses, communities and the whole country simply can’t afford the cost of inaction.”