US practice the first to employ more than 2,000 architects

Aecom has been named the world’s biggest architect by Building’s sister title BD, in its annual WA Top 100 survey.

The number of architects on the books of the WA Top 100 practices has gone up by more than 15% with Aecom becoming the first practice to employ more than 2,000.

The figures come ahead of publication of BD’s WA Top 100 survey tomorrow, which ranks the world’s largest practices by the number of fee-earning architects they employ.

Another US firm, Gensler, which was last year’s number one practice, has slipped to third, employing 1,614 architects. 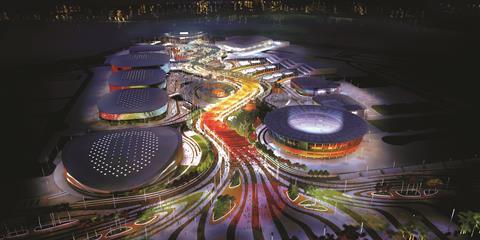 Aecom’s work on the 2016 Olympics has helped it push the number of architects it employs to more than 2,000

The top 10 practices are dominated by North American firms with four US and one Canadian – Nightingales owner IBI Group. Aedas, which had split its nationality between China and the UK, is now the highest placed Chinese firm in fifth after its UK arm separated from the Hong Kong-based business and rebranded as AHR over the summer.

The highest-placed British firm is Foster & Partners with 634 architects in 16th place with the next best home-grown practice being BDP in joint 32nd place with 358 architects. Foster’s has been voted the most admired practice for the ninth year in a row.

New entries into the Top 100 include Squire & Partners with 101 architects while a number of UK architects are bubbling under the 100 list including Wilkinson Eyre and Feilden Clegg Bradley Studios.

“The quality of life in these new cities will be determined by infrastructure investment – far too many cities evolve without proper infrastructure being put in place first.”

China is still seen as the region offering the best growth potential with India also in the top five.

For more on BD subscription packages go to Bdonline.co.uk/subscribe

The list of the Top 100 architects will be published tomorrow